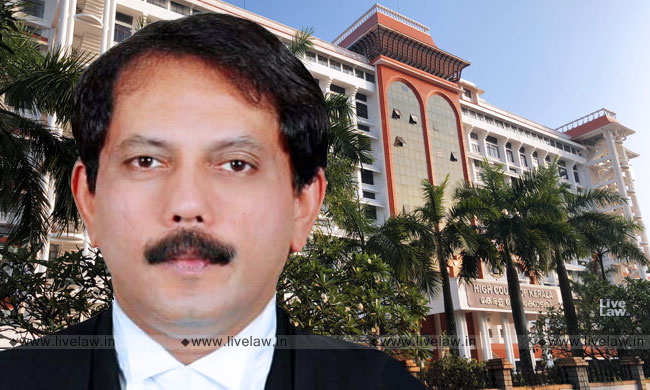 The Kerala High Court on Tuesday considered the question whether an accused who has undergone custody in two spells in the same crime is entitled to get the two spells combined to claim "default bail" under proviso (a) (i) to sub-section (2) of Section 167 of the Code of Criminal Procedure.

"...if such an interpretation is permitted, just prior to the expiry of the statutory time period under the proviso to sub-section (2) to Section 167 of the Code, if another investigating agency is entrusted with the investigation of the crime, it would render Section 167 of the Code a dead letter and otiose; which is not the intention of the legislature", opined Justice C. S. Dias.

It was the case of the petitioner (who was a Sub-Inspector of Police) in the bail application that he is innocent of the allegations levelled against him. He was initially arrested on 3.7.2019. He was released on bail on 14.8.2019. He was in custody for a period of 43 days on the first occasion. The said order of the High Court was set aside by the Supreme Court. He was again arrested on 16.2.2020 and he continues to be in judicial custody. He filed a bail application on 2.4.2020 before the Court of Sessions, claiming the benefit of 'default bail' under the proviso to Section 167 (2) of the Code, on the ground that he is in custody for a period of 90 days, combining the two periods of detention that he has undergone.

The petitioner filed Bail Application before the Court of Session, Ernakulam, invoking proviso (a)(i) to sub-section (2) of Section 167 of the Code, seeking "compulsive/'default bail", on the ground that the petitioner was in custody for 43 days from 03.07.2019 to 14.08.2019 and again, upon transfer of investigation to the CBI, for 47 days from 16.02.2020 to 02.04.2020. As the local police or the CBI have not filed the charge-sheet within the statutory period of 90 days, the petitioner was entitled for 'default bail'.

Justice C. S. Dias observed that in view of the categoric declaration of law in the 2012 Supreme Court decision in Vipul Shital Prasad Agarwal v. State of Gujarat and another, the registration of a fresh FIR by the CBI is only a continuation of the investigation of the local police and then the crime branch.

"The investigation now being continued by the respondent does not set to naught, wipe out, or wash away the investigation that was carried out by the earlier investigating agencies. On completion of further investigation, the present Investigating Agency has to forward to the jurisdictional Magistrate a further report, but not a fresh report, regarding the further evidence obtained during such investigation", noted the Single Bench.

Justice Dias reflected that the practice of the CBI to re-number the FIR and undertake investigation is only in the nature of further investigation, and equally, the re-registration of the crime cannot be treated as a new FIR, as a second FIR is impressible as held by the top court in Pradeep Ram v. The State of Jharkhand and Ors. (2019). "Therefore, the finding of the learned Sessions Judge that the arrest of the petitioner was a fresh one is erroneous", he concluded.

"Thus, from a conspectus of all the precedents referred to above and on a consideration of the peculiar facts of this case, I am of the considered opinion that the petitioner is entitled to get the two periods of custody that he has undergone, i.e., 43 days (03.07.2019 to 14.08.2019) and 47 days (16.02.2020 to 02.04.2020), combined for the purpose of claiming 'compulsive bail' under the proviso (a) (i) of sub-section (2) to Section 167 of the Code", held the Single Judge, setting aside the order of the Sessions Court and enlarging the petitioner on bail.