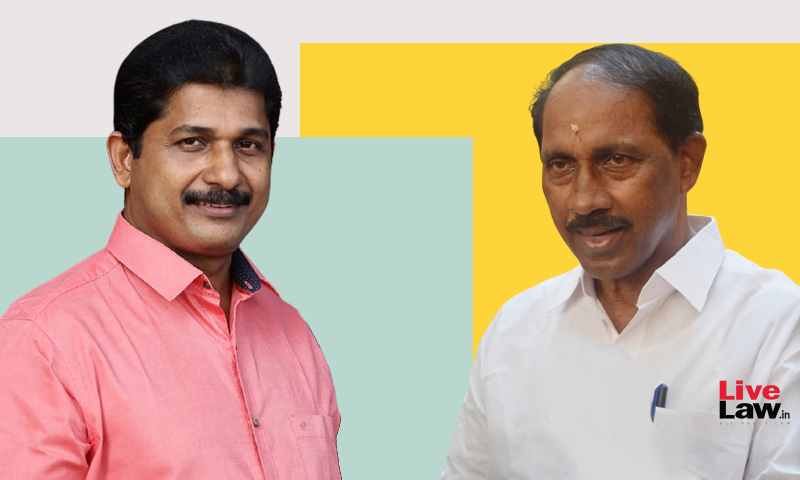 Justice Sophy Thomas of the Kerala High Court on Friday recused from hearing the plea moved by CPI(M) leader and former MLA M. Swaraj challenging the election of Congress candidate K. Babu from the Tripunithura constituency.

When the case was taken up, Justice Thomas recused from the case citing that she was a voter of the same constituency.

"I am recusing myself, as it may not be fair from my part to hear this case, as myself and my family members, who are voters in Thrippunithura Legislative Assembly Constituency, had casted our votes in the Assembly Election held on 06.04.2021, contested by the petitioner and respondents."

The matter will be placed before the Chief Justice so that he can re-assign the case.

The petition was moved in June 2021 and has been heard by Justice Shircy V till May 20, 2022. However, after Justice Shircy's retirement on May 31, the matter was listed before Justice Thomas for the first time today.

The petitioner, represented by Advocate P.K Varghese, was a candidate for the Tripunithura Assembly Constituency. The respondent was his rival candidate and a nominee of the Indian National Congress party.

Pursuant to the elections in the State held on 06.04.2021, the respondent was elected as an MLA from the said Constituency. The counting of votes on 02.05.2021 revealed that the respondent had secured 992 votes more than the petitioner.

Meanwhile, the Chief Electoral Officer had moved the Court with an application seeking to supervise the conduct of the General Election in the State and this was allowed by the Court.

Some of the exact words used by the respondent are reproduced in the petition as follows:

It is alleged that such appeals were made during a house-to-house campaign by the respondent and his agents. A similar appeal to vote was also distributed door to door by the respondent and his allies through pamphlets containing a photograph of Lord Sabarimala Ayyappa along with their election symbol. It has also been highlighted that these slips do not disclose the name of the printer/publisher as mandated by the Act.

Another allegation is that the respondent in his election campaign claimed that the petitioner was not true to his Hindu religion and stood against the beliefs regarding Lord Sabarimala Ayyappa. This was purportedly announced in his speech through a mic attached to a huge sound bar on a vehicle. The petition also provides evidence of wall writings to this effect and witnesses of such acts.

Another facet of the petitioner's argument is that devotees of Lord Sabarimala Ayyappa do not constitute a separate religious denomination. They are exclusively Hindus sharing common religious tenets with that of the Hindu religion.

Such systematic appeals are alleged to have affected the election results materially, putting the election petitioner in a prejudiced position. The direct or indirect interference with the free exercise of the electoral right of voting of Lord Sabarimala Ayyappa devotees at the Tripunithura constituency by convincing them that they are casting vote in favour of the Lord constitutes corrupt practice as per the petition.