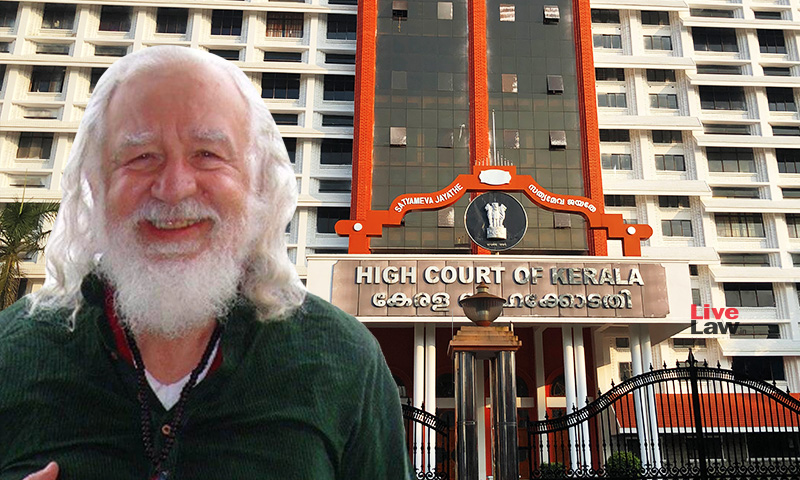 Johnny Paul Pierce, a 74-year old citizen of the United States of America, who had sought extension of stay in India saying that he felt 'safer to remain in Kerala than in US' could not obtain relief regarding extension of stay from the High Court of Kerala.

The HC declined to order extension for him, observing that the 'grant or extension of visa to foreign nationals fall exclusively within the domain of the Government of India" and that judicial review in such matters is "minimal".

Pierce had arrived in Kerala on February 26. Though his visa had validity till January 26, 2025, he is allowed to stay only up to 180 days in India on a single visit, as per the visa norms.

This meant that he has to leave India before August 26.

During his stay in Kerala, the lockdown was imposed in the wake of COVID-19 pandemic. In this backdrop, he sent representations to the Commissioner of Immigration and Foreigners Registration Officer, seeking permission to extend his stay. He pointed out that there were more than one lakh deaths in USA due to COVID-19, compared to 20 deaths in Kerala (as on June 24, the date of email representation). Therefore, he said that at his age, he felt safer to be in Kerala than in USA. He added that he saw business opportunities in Kerala, and sought to convert his tourist visa into business visa, without following the process of going to USA and then seeking the conversion of visa.

Since he did not get any favourable response, he approached the High Court by way of a writ petition under Article 226 of the Constitution of India, submitting that since his visa is valid till 2025, there should not be any impediment in his stay beyond 180 days in India at a stretch.

The single bench of Justice C S Dias, which considered the writ petition, observed on the basis of SC precedents that a foreign national cannot claim the fundamental right to reside and settle in India under Article 19(1)(e) of the Constitution.

Referring to SC precedents such as Louis De Raedt v. Union of India and Others [(1991) 3 SCC 554], State of Arunachal Pradesh v. Khudiram Chakma [(1994) Supp. (1) SCC 615] ,Hans Muller of Nurenburg v. Superintendent, Presidency Jail, Calcutta [AIR 1955 SC 367], the bench observed that the power of the Government of India to expel foreigners is absolute and unlimited.

"In view of the categoric declaration of law by the Honourable Supreme Court, the plea of the petitioner to permit him to stay back in India cannot be accepted, as it falls within the purview of the guidelines and the discretion of the Government of India. The petitioner cannot be heard that the guidelines/policies/regulations formulated by the Government of India, that an American national though has been granted a visa having validity of five years has to leave India within 180 days, is irrational or unreasonable. The petitioner does not have a case that there is an infraction of Article 21 of the Constitution of India. Therefore, the plea of the petitioner that he may be permitted to stay for a further period of six months and his visa may be converted from tourist visa to a business visa without leaving the Country, cannot be entertained by this Court", observed Justice Dias in the order.

Though the Court observed that the petitioner's love for India was "heartening", it said that it cannot grant him permission to stay beyond the visa period.

However, having regard to the pandemic situation and the suspension of international flights, the Court directed the FRO to consider the petitioner's representation within a period of two weeks, strictly in accordance with the applicable guidelines and policies.

The Central Government informed the Court that as per the Office Memorandum issued by the Ministry of Home Affairs on May 5, foreigners, whose visa got expired or is expiring during the period from February 1 till the lifting of the ban on international flights, can apply online for visa extension, and that they will be granted an extension for a period up to 30 days from the date of the lifting of the suspension of international flights, and that they will be allowed to exit India without any overstay penalty.