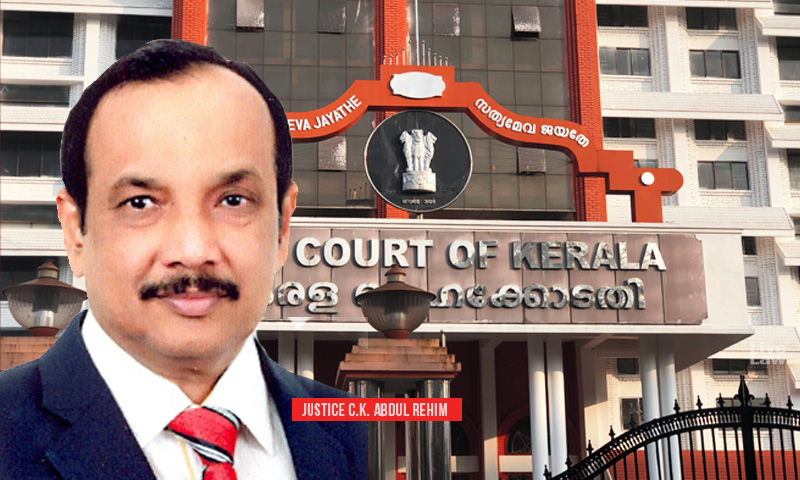 The Kerala High Court has intimated that it will live stream the farewell function of Justice CK Abdul Rahim, second-senior most Judge of the High Court, tomorrow, i.e. April 30.

The function will be held at 11 am tomorrow in the Chambers of Chief Justice S. Manikumar, who will join the reference through video conference. Further, the entire ceremony will be live-streamed through the YouTube channel of the High Court.

The same may be accessed on April 30 at 11 am through the following link: https://www.youtube.com/channel/UCx_jFSNNmekluyFuB4tYJhg/live

Justice Rahim enrolled as an Advocate in the year 1983 after obtaining his Law degree from the Government Law College, Ernakulam. He practiced before the Kerala High Court and Subordinate Courts, in Civil and Criminal matters, including all types of appeals and writ petitions.

He was appointed as the Acting Chief Justice of the Kerala High Court with effect from September 23, 2019 until the appointment of Chief Justice Manikumar on October 11, 2019.