Kerala HC Upholds Rs.1 Lakh Compensation To Man Who Was Illegally Detained On Suspicion Of Being A 'Maoist' [Read Judgment] 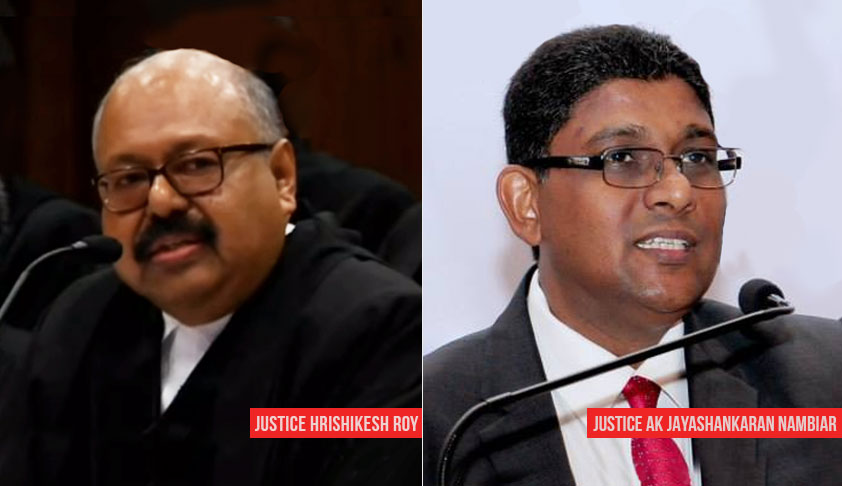 A Division Bench of the High Court of Kerala on Monday dismissed the appeal filed by the Kerala Government against the 2015 judgment of the single bench which had ordered Rupees One Lakh compensation to a man who was illegally detained on suspicion of being a Maoist."we have no hesitation in holding that, in view of the primacy that is accorded under our Constitution to a person's...

A Division Bench of the High Court of Kerala on Monday dismissed the appeal filed by the Kerala Government against the 2015 judgment of the single bench which had ordered Rupees One Lakh compensation to a man who was illegally detained on suspicion of being a Maoist.

"we have no hesitation in holding that, in view of the primacy that is accorded under our Constitution to a person's fundamental right to privacy and personal liberty, the action of police authorities in detaining and interrogating the petitioner and thereafter searching his residence, without following the procedure under the Code of Criminal Procedure was wholly unjustified", held the Division Bench of Chief Justice Hrishikesh Roy and Justice A K Jayasankaran Nambiar.

The petitioner in the case was Shyam Balakrishnan, an author/researcher residing in Wayanad district along with his life partner. On May 20, 2014, while he was travelling on his bike, two policemen in plain clothes blocked his way and removed the key of the vehicle. They took him to police station, where he was strip searched in view of several others.  The police said that they are hunting for Maoists. Later, officers of 'Thunder Bolt', a special force of Kerala police to deal with Maoists, searched his home and seized his books and laptop. All these coercive steps were taken by the police without following the procedure under the Code of Criminal Procedure and the guidelines for arrest laid down by the apex court in D K Basu case.

Alleging that the illegal arrest, search and seizure caused him agony and tarnished his reputation and violated his personal liberty and right to privacy under Article 21 of the Constitution, Shyam Balakrishnan, who happens to be the son of a retired High Court judge, filed writ petition.

On May 22, 2015, a single bench of Justice Muhamed Mustaque allowed the petition stating that the Police "violated liberty of the petitioner by taking him to custody without satisfying that the petitioner has been involved in any cognizable offence punishable under law."

Challenging this, the State Government filed appeal in the Division Bench, which got dismissed on Monday.

The State Attorney K V Sohan submitted that the police was doing their legitimate duty, and took him into custody based on a genuine suspicion. Since the area was notorious for Maoist activities, the police was acting with extra vigil. If individual liberties are not balanced with the necessity to maintain public order, the police will find it hard to perform their statutory functions, advanced the State Attorney.

On the other hand, the counsel for the petitioner P Chandrashekhar submitted that the petitioner was taken into custody without any justification. The procedure for arrest, search and seizure as laid down in CrPC was not followed, he argued.

Rejecting the arguments of the government, the Division Bench noted that there was no material produced by the police to justify the arrest on the basis of reasonable suspicion.

As regards the plea that the police has to maintain law and order,  the judgment authored by Justice Nambiar observed "It may be true that the police entertained a suspicion and the action was taken to a good end, but it is fundamental in our law that means which are adopted to this end are lawful means. A good end does not justify a bad means more so when the means adopted are such that they violate the personal freedom and privacy of individuals".

The Court also upheld the compensation, saying that it serves to "emphasize upon the caution that they(police) must exercise in situations where, in the discharge of their lawful duties, they are confronted with issues relating to personal liberty of citizens".

The Bench added that freedom to hold a political ideology was part of Article 21 of the Constitution.

"The framers of our Constitution believed that certain freedoms are essential to enjoy the fruits of liberty and that the State shall not be permitted to trample upon these freedoms save for the pursuit of objectives that are in the larger interest of Society. As a matter of fact, the worth of a State lies in the worth of the individuals composing it and a truly free State is one where the collective liberties of its citizens are duly recognised and respected...

The freedom of an individual to hold a particular political ideology is an aspect of his fundamental right to personal liberty under Article 21 of our Constitution in that he has the unfettered freedom to choose an ideology of his liking (See: K.S. Puttaswamy's case (supra)).

Accordingly, merely on a suspicion that the petitioner has embraced the Maoist ideology, he cannot be persecuted by the State authorities.", it said.