'Central Govt Has Shown Scant Regard To Hardships Of Litigants': Kerala High Court On Absence Of DRT Presiding Officer 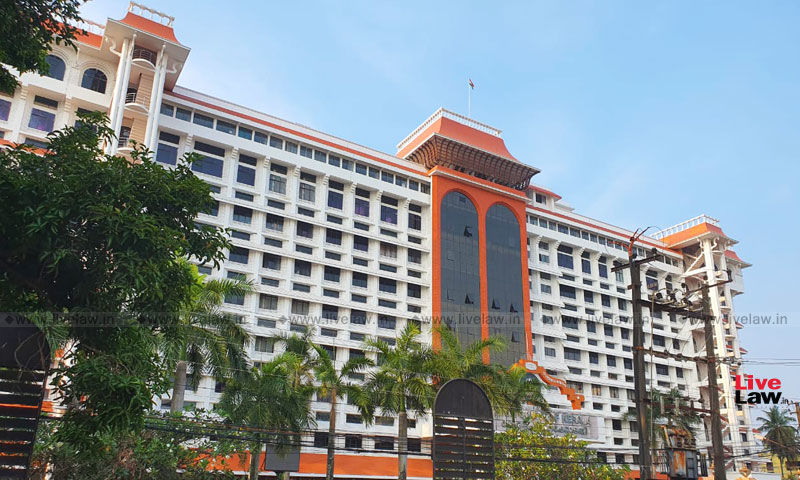 x
"The statutory mandate of appointing Tribunals are being ignored without any reason."

The Kerala High Court recently expressed serious concerns regarding the non-availability of the adjudicatory mechanism of Debts Recovery Tribunal in the State for over ten months despite its efforts to kick start its functioning.Justice Bechu Kurian Thomas observed that when the fundamental right to have access to justice is denied due to the absence of Presiding Officers of the forum...

The Kerala High Court recently expressed serious concerns regarding the non-availability of the adjudicatory mechanism of Debts Recovery Tribunal in the State for over ten months despite its efforts to kick start its functioning.

Justice Bechu Kurian Thomas observed that when the fundamental right to have access to justice is denied due to the absence of Presiding Officers of the forum created under a statute, the aggrieved are entitled to approach the High Court.

"An effective adjudicatory mechanism is also a facet of the said fundamental right as held in Anita Kushwaha v. Pushap Sudan [(2016) 8 SCC 509]. Therefore, when the fundamental right to have access to justice is denied, due to the absence of Presiding Officers of the forum created under the statute, the aggrieved are entitled to knock at the doors of this Court under Art.226 or 227 of the Constitution of India."

"The litigants - both the financial institutions as well as the borrowers/guarantors, are being put to irreparable hardships. Without a forum to agitate their grievance, the litigants are facing deprivation of their property and the Central Government has shown scant regard to the hardships and trauma of the litigants. The statutory mandate of appointing Tribunals are being ignored without any reason."

The petitioner was an applicant before the Debts Recovery Tribunal in Ernakulam whose liability had been cleared off by the borrowers and guarantors during recovery proceedings.

Thereafter, he filed an application seeking to recall the recovery certificate and return of the original sale deed.

However, since the Tribunal has not been functioning for the last several months, he could not return the title deeds to the respondent borrowers and guarantors.

Aggrieved by this, they moved the High Court.

Advocate C.M. Ebrahim appearing for the borrowers argued that the petitioner's entire liability due to the bank was cleared on the basis of an understanding and they are entitled to receive the documents of title submitted before the Tribunal.

He pointed out that the delay in getting the title deeds was causing great prejudice to them and the absence of the Presiding Officers of the Tribunal has upset their entire financial planning.

Advocate Leo George appeared for the petitioner while the other respondents were represented by Advocates Jobi A. Thampi and Shoukath Husain.

There are two Debts Recovery Tribunals for the entire State of Kerala. Unfortunately, for the last several months, both Tribunals have not been functioning, bringing to a halt an opportunity for the litigants to have access to a court of law and, inevitably, great misery to the litigant public.

The deplorable situation in the Tribunal started in March 2021 with one of its two Presiding Officers resigning/retiring. The situation was compounded when the second Presiding Officer also followed suit in September 2021. Thus a grim situation has been prevailing in Kerala since almost 10 months.

The Single Judge noted that litigants have been knocking at the doors of the Court repeatedly seeking to allay their grievances. Although sometime in October 2021, on the query of this Court, the Central Government had informed that the Presiding Officers will be appointed soon, nothing happened.

Later, a temporary arrangement was made during the Christmas holidays of 2021 but that was short-lived as well. The Judge noted that the Court cannot shut its eyes to the outright infringement of the rights of the litigants.

Therefore, since it was evident that respondents had cleared the entire liability, the Court noted that nothing stood in the way of recording full and final settlement of the amounts due under the recovery certificate, except for the absence of the Presiding Officer.

Hence the Court found it to be a fit case to exercise its jurisdiction under Articles 226 and 227. As such, the Single Judge recorded the receipt of the amounts due to the petitioner in full and final satisfaction of the liability due to the applicant before the Tribunal.

Further, the Registrar of the Tribunal was directed to return the original sale deed of the Sub Registry Office to the petitioner to enable it to release the documents of title to the mortgagor. The recovery certificate was also directed to be recalled, all within thirty days.

It may be noted that the Supreme Court has taken note of the alarming situation of many DRTs and DRATS remaining non-functional across the country due to unfilled vacancies. In view of this situation, the Supreme Court had passed an order in December 2021 urging High Courts to entertain debts recovery and SARFAESI matters under Article 226 if DRTs/DRATs are not functional in the jurisdiction.

Last week, the Bombay High Court had observed that it will summon the Finance Secretary if the DRAT Chairperson is not appointed by February 21.

Similarly, in a strongly worded order, the Allahabad High Court last week lashed out at Central Government for its failure to make appointments to the vacant posts of Presiding Officer/Chairman of Debt Recovery Tribunals and Debt Recovery Appellate Tribunals.