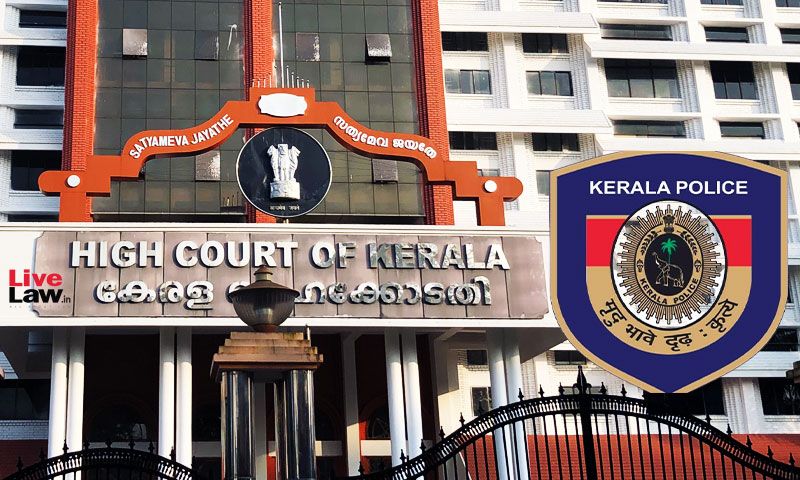 The Kerala High Court on Wednesday came down heavily on the Police once again for continuously disrespecting citizens and for utterly disregarding its earlier directions to stop using derogatory terms while addressing citizens.Justice Devan Ramachandran condemned the attitude of the police while hearing two matters pertaining to the police harassment suffered by ordinary citizens,...

The Kerala High Court on Wednesday came down heavily on the Police once again for continuously disrespecting citizens and for utterly disregarding its earlier directions to stop using derogatory terms while addressing citizens.

Justice Devan Ramachandran condemned the attitude of the police while hearing two matters pertaining to the police harassment suffered by ordinary citizens, despite several strong directions from the Court on the issue:

"No matter how many times we say, our police force won't change. They will continue with the attitude and system we had in colonial times, a hundred years ago," the judge said.

One of the cases considered by the Court today pertained to the police using vernacular terms such as 'eda', which had already been declared as unacceptable by the Court in a previous order.

"Police still don't know how to use polite and civilised language, do they? These are all responsible citizens. Is this country only for police officers to live in? When this kind of language is used against a doctor, shouldn't there be an inquiry? Especially when the DGP has now issued a circular in terms of this Court's directions? I've declared that you cannot use these words," the Court remarked.

Earlier this month, the Bench had issued an order declaring that the use of derogatory terms by the police is unacceptable in a civilised society. The Court had also directed the State Police Chief to file a report with the steps taken to ensure the same.

The first case that came up before the Court today was a case where an 89-year-old petitioner had been summoned several times to the police station for the investigation of a complaint and had persistently been harassed by police officers. It was also submitted that the petitioner was undergoing treatment for mental illness and belonged to a poor family.

The Government Pleader, appearing on behalf of the Police authorities, conceded that despite these factors, that the petitioner had been made to physically appear at the police station at least two times.

Provoked by this, the Court directed the Station House Officer to ensure that the rights of the petitioner and his daughters are protected from all threats, harassment and intimidation from any source, including the respondent police authorities.

The second matter was a case where the Court had issued orders to the police to address citizens respectfully. In this case, a doctor travelling in a car was stopped by a police officer who allegedly addressed him as 'eda' and continued abusing him verbally.

The Court went through the report filed by the Assistant Commissioner of Police, which was found to be inappropriate and inadequate.

"What kind of a report is this? Does he not know that he is addressing the High Court? I am not satisfied with the contents of the report particularly when the allegations of the petitioner that the police officer used abusive words have not been specifically dealt with. Pertinently, the Assistant Commissioner of Police finds that there are no "serious lapses" on the part of the fifth respondent but it does not explain how he has concluded so", the Court remarked.

The Court thereby directed the Assistant Commissioner of Police to conduct a proper enquiry and file an action taken report, particularly with respect to the abusive language used by the police officers concerned.

Both matters will be considered by the Court again in the first two weeks of October.