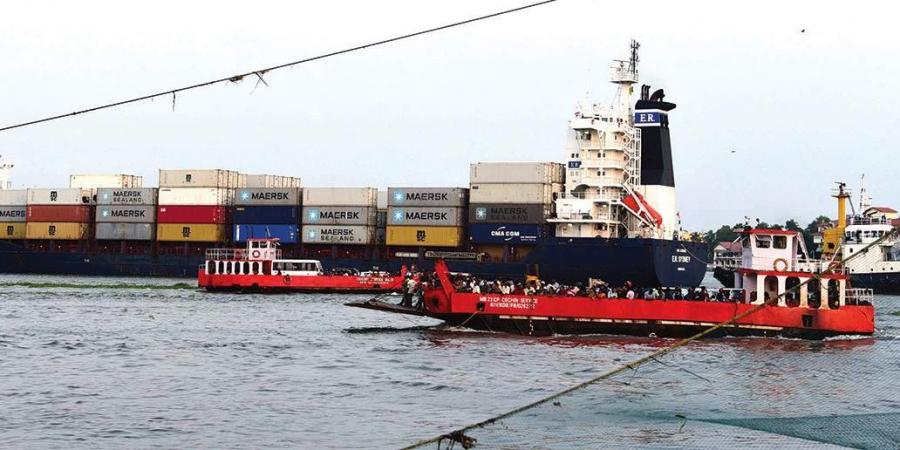 The Kerala High Court has ordered the Director General of Shipping and the Mercantile Marine Department to provide relief to five seamen, said to be stuck onboard an abandoned container vessel since April 2020 without any food or drinking water, at the Munambam fishing harbour in Kochi. A Single Bench of Justice PV Asha has directed the authorities to facilitate handing over of the...

The Kerala High Court has ordered the Director General of Shipping and the Mercantile Marine Department to provide relief to five seamen, said to be stuck onboard an abandoned container vessel since April 2020 without any food or drinking water, at the Munambam fishing harbour in Kochi.

A Single Bench of Justice PV Asha has directed the authorities to facilitate handing over of the vessel to some other authorized persons and to immediately sign off the petitioners in a phased manner.

The petitioners, N Thayu Manavar and four others who hail from Tamil Nadu and Kerala, had moved the High Court through Advocate M S Amal Darshan aggrieved by the shipping company's refusal to sign them off the "dilapidated vessel"— MV Great Sea Vembanad, despite expiry of their contract of service several months ago. They submitted that despite repeated requests, the company refused to sign them off and did not even pay their wages for over a year.

Advocate Amal Darshan submitted that the Petitioners were left to suffer and starve, without wages and access to communication on the vessel, which is now completely unseaworthy.

"The vessel is "out of class", owing to the expiry of the Certificate of Class and and the statutory certificates, have expired. The vessel is in a dilapidated condition and un-operational. No inadequate power source on board the vessel also drinking Water in the state of contaminated," the petition said.

The petitioners further pointed out that the process of sign off as envisaged under the maritime law and their service contract is not being carried out by the Company with an 'oblique motive' to deprive them of their wages, and in case they decide to exit the vessel, they shall be accused of 'desertion'.

As per the provisions of the Merchant Shipping Act 1958 and the rules made under it, a 'seaman' cannot leave a ship without getting a valid release/discharge from the master of the ship. If they leave the ship without such discharge from the ship's master, it will be regarded as 'desertion' under Section 191 of the Merchant Shipping Act, leading to adverse legal consequences. On account of these provisions, the petitioners were constrained to remain in the ship.

It was urged that being the receiver of the abandoned vessel and as the authority with which the vessel is registered, the Director General of Shipping is duty bound to interfere in the matter and arrange for their discharge.

In an order passed on November 11, the bench of Justice P V Asha ordered that three out of the five crew members should be given 'release' and further directed the Marine Department to provide basic amenities to the remaining two persons.

"I am of the view that there is immediate necessity to see that the petitioners are allowed to sign off.

However, as it is pointed out by the learned Central Government Counsel that the vessel requires to be manned, because of condition of the vessel, I direct that the first three among the order given in paragraph 2 of the writ petition shall sign off at least by tomorrow. The remaining two shall also be allowed to sign off within a week," the order dated November 11 said.

While directing the Petitioners to be released, the Court said that Respondents can execute a simple bond for other legal formalities. In the meanwhile, it would be open to the Mercantile Marine Department to engage a responsible Officer for Monitoring the vessel.

"The respondents shall also see that the seamen who are retained in the vessel are amenity basic amenities and that arrangements are made for their substitution in the meanwhile," the Court added.

The Court also imleaded the Additional District Magistrate and the Port Officer as additional respondents and directed them to take steps as a receiver under Section 391 of the Merchant Shipping Act with respect to the vessel.

On November 13, the bench of Justice Asha was aghast to note that the previous order passed on November 6 had not been complied with. The bench issued a strict direction to release the three crew members on that day itself.

The Mercantile Marine Department filed a statement before the Court on November 26 urging the Court to cause the appearance of the ship's master to confirm whether he intends to redeem and maintain the ship before it can be declared as a "wreck" as defined under Section 3(58) of the Act.

On the last hearing held on Friday(November 26), the High Court ordered for the personal presence of the Managing Director of the Great Sea Shipping Pvt Ltd(the owner of the vessel) on Monday(November 29)