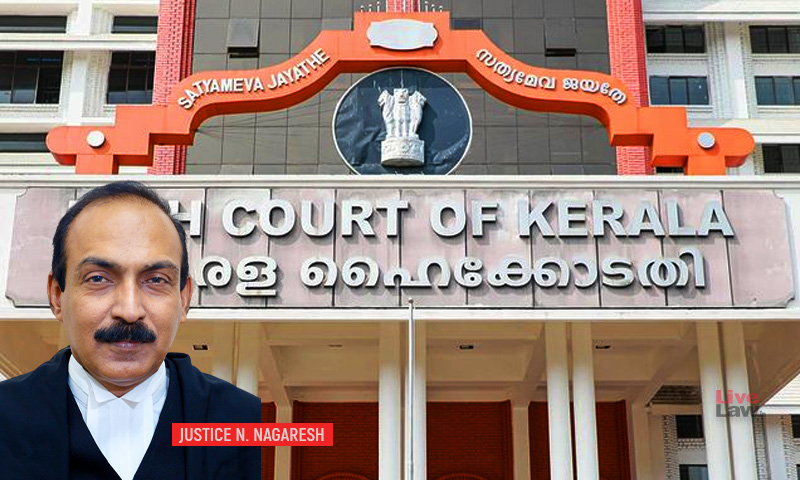 The Kerala High Court recently held that qualified homeopathic doctors can dispense prescribed adjuvant medicines for Covid-19 patients apart from the preventive medicines, citing that there is no prohibition imposed by the Government of India on Homoeopathy for treatment of patients in its AYUSH recommendations. The petition was filed by filed by homeopathic practitioner...

The Kerala High Court recently held that qualified homeopathic doctors can dispense prescribed adjuvant medicines for Covid-19 patients apart from the preventive medicines, citing that there is no prohibition imposed by the Government of India on Homoeopathy for treatment of patients in its AYUSH recommendations.

The petition was filed by filed by homeopathic practitioner Jayaprasad through Adv. VT Madhavanunni and MS Vineeth for a writ of mandamus. He asserted that the Kerala State Health Department threatened to take action against him under the Disaster Management Act if he treats Covid 19 patients, which was alleged to be a violation of Article 19(1)(g).

The State Government had issued a State Medical Protocol invoking the provisions of the Disaster Management Act directing that Covid-19 affected persons should can only be treated by the Government and those authorized by the Government. The petition contends that there was nothing prohibiting qualified medical AYUSH practitioners to prescribe immunity booster mixture or tablets suggested by the Ministry of AYUSH, which also includes homoeopathy practitioners

The Ministry of AYUSH had issued a circular dated March 6 2020 authorising the use of certain medicines for symptom management and preventive measures for Covid 19 like illnesses. It also authorized Homoeopathy medicines to be given as add-on to conventional care.

This advisory and the proposed Action Plan were approved by the Government of Kerala on April 8 2020 through a Government Order. However, the Homoeopathic strategies for the same were approved through another GO dated April 21 2020, excluding Covid-19 patients from its ambit.

The Takeaway From The Judgment

It was also held that they are permitted to prescribe add-on medicines authorized by the Guidelines with the approval of the concerned authorities and the consent of the patient/guardian. This came after the petitioner highlighted that the Apex Court has upheld the right of Homoeopathic Practitioners to treat Covid-19 patients.

The High Court however, also held that Advertisement by Homoeopathic Physicians is prohibited under Regulation 6 of Homoeopathic Practitioners (Professional Conduct, Etiquette and Code of Ethics) Regulations, 1982 r/w Sections 33 and 24 of the Homoeopathic Central Council Act, 1973.

System of Homeopathy is Statutorily Recognized In India

The petition argued how the Homoeopathy Central Council Act, 1973 recognizes the system of homeopathy in India, and Section 26 authorizes registered professionals to practice homeopathy in any part of the country.

Although Section 58 of National Commission for Homoeopathy Act, 2020 allowed the Centre to repeal the 1973 Act, Section 34 provides that a person whose name is entered in the State Register or Central Register has a right to practice Homoeopathy. These practitioners are thus qualified to dispense the medicines prescribed in the advisories.

A similar petition W.P.(C) No.9459/2020 was filed by Adv MS Vineet seeking that Homoeopathic Practitioners be immediately allowed to perform as per the AYUSH circular. A Division Bench of this Court then observed that the State Medical Protocol mandated Covid-19 patients be treated only by the Government and those authorised by the Government.

It was held that as per this Protocol, doctors practising in AYUSH medicines cannot prescribe any medicines to cure Covid-19. But it was found that qualified practitioners can prescribe immunity booster mixture or tablets, as suggested by the Ministry of AYUSH.

This judgment was challenged before the Supreme Court by Dr. AKB Sadbhavana Mission School of Homoeo Pharmacy. The Apex Court analysed the circulars and noted that the intent of Ministry of AYUSH was not to constrain Medical Practitioners to prescribing homoeopathic medicines only as immunity booster. While modifying the decision of the Kerala High Court, it was observed that what is permissible for homoeopathic practitioners while treating Covid-19 patients is already regulated by the advisories and guidelines. The three Judge Bench ruled that no claim for cure can be made in Homeopathy, and that it is to be used in preventing and mitigating COVID-19 as per the advisory and guidelines issued by Ministry of AYUSH.