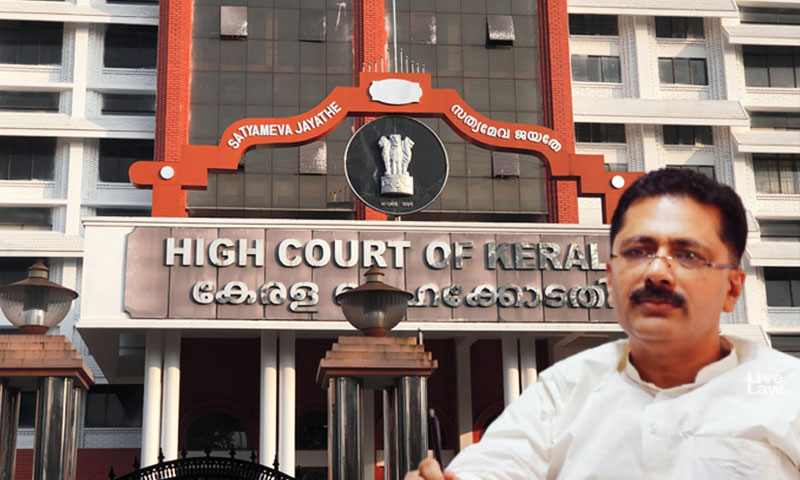 The Kerala High Court on Tuesday dismissed the writ petition filed by former Minister for Higher Education and Minority Welfare KT Jaleel, challenging a report of the Kerala Lok Ayukta which had found him guilty of nepotism and favouritism.A division bench comprising Justices PB Suresh Kumar and K Babu affirmed the Lok Ayukta report, stating that Jaleel had not made out any ground...

The Kerala High Court on Tuesday dismissed the writ petition filed by former Minister for Higher Education and Minority Welfare KT Jaleel, challenging a report of the Kerala Lok Ayukta which had found him guilty of nepotism and favouritism.

A division bench comprising Justices PB Suresh Kumar and K Babu affirmed the Lok Ayukta report, stating that Jaleel had not made out any ground for interference in the final opinion formulated by the Lok Ayukta in this proceedings under Article 226 of the Constitution.

Finding that the Lok Ayukta had acted within the scope of its powers when it arrived at its conclusion, the Court emphasized that only errors of fact which had a direct nexus with the decision-making process could be interfered with, rather than an error that affected the merit.

"..this being a proceedings for judicial review, the court could examine an error of fact touching the merit of decision only if it has a direct nexus to the decision making process. Be that as it may, the formation of an opinion on the facts is a subjective matter and if an opinion is formed based on the relevant materials, so long as the authority was acting within the scope of its powers, however meagre the materials be, the courts should not and will not interfere with the opinion formed in exercise of judicial review," the Division Bench held.

The Lok Ayukta had declared that Jaleel was unfit to continue as a Minister for violation of his oath of office. The matter related to the appointment of Jaleel's cousin KT Adeeb as General Manager in the Kerala State Minorities Development Finance Corporation Limited.

The Lok Ayukta found that Jaleel took a decision as a Minister to change the qualifications for the post to add "B.Tech with PGDBA" to make his relative eligible. This decision was without any proposal or suggestion from the Corporation. But for this change of qualification, Adeeb would not have been eligible to apply for the post. The Lok Ayukta held that it amounted to an abuse of the Minister's position. The Authority also made a declaration under Section 12(3) of the Kerala Lok Ayukta Act that Jaleel should not continue as a Member of the Council of Ministers. Such a declaration has to be accepted by the Chief Minister under Section 14 of the Act. On acceptance by the Chief Minister, the Minister has to resign from the office as per Section 14(2)(i) of the Act.

"The action of the 2nd respondent(Jaleel) was actuated in discharge of his function as a Minster by personal interest to favour his own second cousin. It amounted to favouritism and nepotism and lack of integrity in his capacity as a Minister, the Lok Ayukta's Report had held.

The conduct of the 2nd respondent also violated the oath of office he had taken as a Minister to discharge his duties as a Minister "without fear or favour, affection or ill-will"", the order passed by a bench of Justices Cyriac Joseph(former Supreme Court judge) and Harun-Ul-Rashid (former High Court judge) held.

Jaleel's appeal primarily challenged Paragraph 54 of the said Report, wherein the Lok Ayukta comprising Justices Cyriac Joseph (former Supreme Court judge) and Harun-Ul-Rashid (former High Court judge) concluded that that Jaleel should not continue as a Member of the Council of Ministers on account of the charges against him.

Charging the final report as one having been made without following any procedure mandated under law to arrive at a finding, Jaleel's plea asserted that the same is violative of natural justice as well as the statutory provisions of the Kerala Lok Ayukta Act, and therefore one liable to be interfered with by the Court.

On this count, the Court observed that the petitioner had not rebutted the facts that were recorded by the Lok Ayukta in the report, and that these formed the basis for the finding against him. Apart from this, the petitioner was given opportunities to rebut and present his submissions before the complaint was admitted, the Court found.

Another objection made in the writ petition, namely, that the affidavit filed by the respondent Muhammad Shafi was defective, was also not entertained by the Court. The Bench pointed out that this objection was not made while the complaint was first made to the Lok Ayukta or in subsequent proceedings. "The petitioner has no case that any prejudice has been caused to him in the proceedings for want of a proper affidavit", the Court additionally stated.

Additionally, the plea argued that the subject matter of the proceedings, specifically, the prescription of qualification and appointment to the State Minority Development Finance Corporation, is excluded from the purview of the investigation under the Lok Ayukta Act.

While the Court agreed that the subject was excluded from within the purview of the Lok Ayukta's scope of inquiry, it was only grievances relating to the appointment that were excluded, not allegations.

The Court referred the definition of grievance in Section 2(h) of the Kerala Lok Ayukta Act as 'any claim by a person that he sustained injustice or undue hardship in consequence of maladministration' .

Relying on Ramachandran Nair M.K. (Dr.) and Others v. State of Kerala and Others, the Court stated,

"the first respondent has neither any claim to the post of General Manager of the Corporation nor a case that he sustained injustice or undue hardship due to the maladministration. He does not also seek redressal of any grievance in the proceedings before the Lok Ayukta. Instead, in the complaint, he only made an allegation against the public servant in terms of the Act in general in public interest. Such a complaint cannot be regarded as one involving grievance in respect of any action relating to any matter specified in the Second Schedule. In other words, the bar under Section 8(1) of the Act does not apply to such a case".

On the need for the Lok Ayukta legislation in the State, the Court remarked,

"In spite of a vigilant media, it is a fact that abuse of public resources and position in public life for private gain are rampant in our State. Abuse of public resources or position in public life for private gain would certainly amount to corruption. The scope of corruption would increase when control on the public administrators is weak. The Act is one introduced to make provisions for the appointment and functions of certain authorities for making enquiries into any action relatable to matters specified in List II or List III of the Seventh Schedule to the Constitution taken by or on behalf of the Government of Kerala or certain public authorities in the State of Kerala in certain cases and for matters connected therewith or ancillary thereto."

Last week, while the hearing was in progress, Jaleel tendered his resignation as State Minister to the Kerala Governor.

When the Court asked Jaleel's counsel whether the Minister was still in office, to which the Counsel responded that the minister had already resigned.

Refusing a stay on the operation of the Lok Ayukta Report, the Court proceeded to reserve the case for judgment.