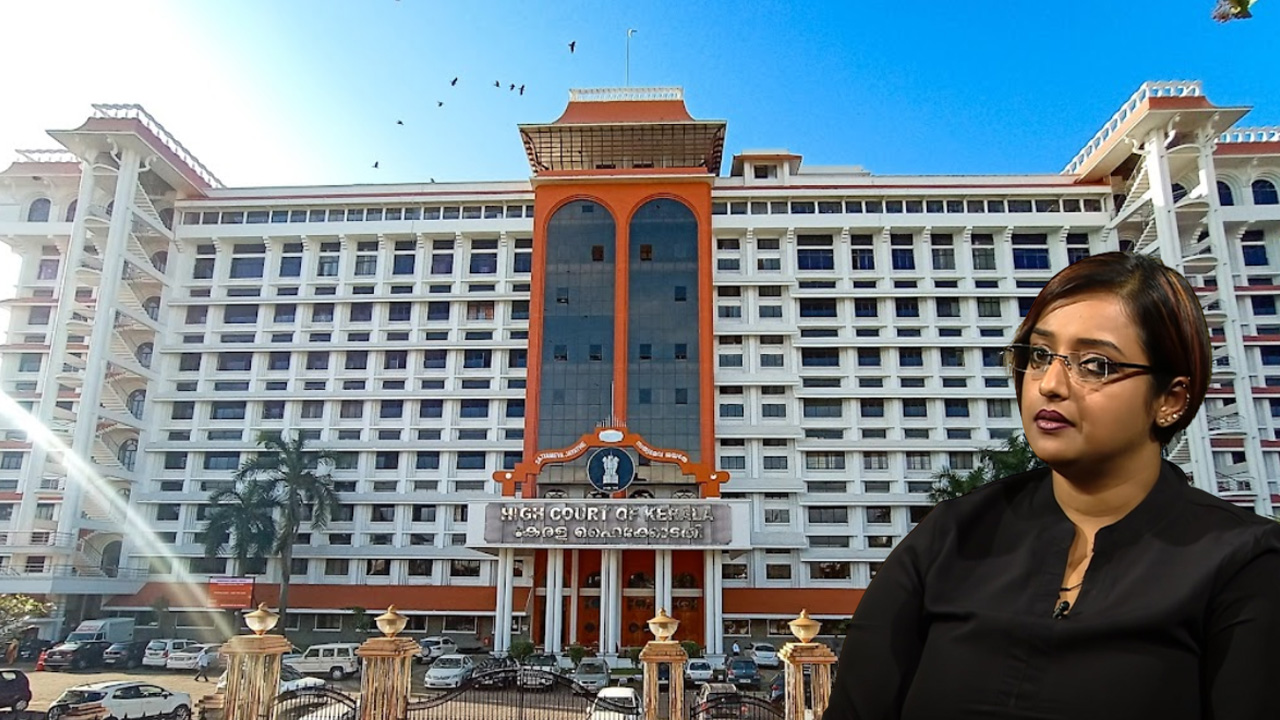 The Kerala High Court on Friday dismissed the two petitions filed by Swapna Suesh seeking to quash the FIR registered against her for allegedly spreading false information against MLA K.T Jaleel, Chief Minister Pinarayi Vijayan and the Government.The bench of Justice Ziyad Rahman A. A, while dismissing her plea to quash the FIR, observed that for the purpose of conducting an...

The Kerala High Court on Friday dismissed the two petitions filed by Swapna Suesh seeking to quash the FIR registered against her for allegedly spreading false information against MLA K.T Jaleel, Chief Minister Pinarayi Vijayan and the Government.

The bench of Justice Ziyad Rahman A. A, while dismissing her plea to quash the FIR, observed that for the purpose of conducting an investigation for the offence under section 153 IPC, the contents of the FIR are sufficient.

Considering the gravity of the allegations which the petitioner has raised through her statements made to the media, under no circumstances it can be assumed that while making such statements she was not aware that her statement would create provocation to some person to commit rioting.

Swapna Suresh, the prime accused in the infamous gold smuggling case, had alleged that several persons in the administrative higher-ups, including the Chief Minister, his wife, his daughter, K.T Jaleel and many others, were linked to smuggling activities.

The present FIR was lodged after the statements of Swapna alleging that she had conspired with former MLA PC George and thereafter made false and defamatory statements before the Magistrate and spread false news to the media, thereby provoking the general public to incite riots.

The FIR invoked offences under Section 153(wantonly giving provocation with an intent to cause riots) and 120B (criminal conspiracy) of the Indian Penal Code.

The Counsel appearing for the petition in both the cases, Advocate R. Krishna Raj, contended that the complaint lodged against the petitioner was false, malicious and unsustainable, and it was to deter the petitioner from depositing against the Chief Minister, his family and the 2nd respondent about certain illegal acts committed by them. It was further contended by the petitioner that the registration of cases and the investigation thereon are only an attempt made by the state government to interfere with the investigation which is being conducted by the Enforcement Directorate. Thus, it was contended that the investigation in the aforesaid cases would become a parallel investigation to the proceedings pending before the Enforcement Directorate, and it is only intended to cause interference to the said investigation. Another contention raised by the petitioner was that, since she had furnished certain information relating to the offences committed by the persons in power, she is entitled to protection under the Witness Protection Scheme, 2018 and instead of providing the same, she is being prosecuted.

Through its statement, State had previously submitted before the Court that the investigation, in this case, was handed over to the Special Investigation Team constituted by the State Police Chief. It was also averred by the State that as a direct and immediate consequence of the alleged defamatory statements made by the petitioner before the media, the entire State had witnessed a politically motivated wanton rioting and violence and purposeful breach of peace within half an hour of her statement.

The Counsel appearing for the State Director General of Prosecution Advocate T.A.Shaji had also submitted that a total of 12 cases were registered based on this agitation on the same day, and a total of 745 cases of the same nature have been registered so far in the State due to the petitioner's remarks.

The Court observed that the prayer sought for both the cases is against the FIR registered by the Police. When considering the challenge against an FIR, what is relevant are the allegations raised by the person who is making the complaint before the police.

The Court observed that a cursory glance at the allegations would reveal that, if those statements are not correct, they would be defamatory against the persons named therein. It is true that the question of whether the statements and the allegations made by the petitioner against the said persons are correct or not is a matter which is under investigation. But, that will not preclude the police from registering an FIR once information to that effect is revealed before the police. Since the word 'illegal' takes in even something which is a ground for civil action, a very wide interpretation has to be given to the same while considering the same as an ingredient for the purpose of Section 153. As mentioned above, since the statements admittedly made by the petitioner are prima facie defamatory; therefore such statement would amount to an illegal act, at least for the purpose of conducting an investigation to find out whether an offence under Section 153 IPC has been committed or not.

While considering the question as to whether it created any provocation to any persons, the Court referred to the statement submitted by the respondent that 745 cases were registered by the Police in connection with the rioting that occurred in different parts of the State following the statement of the petitioner. Since the aforesaid aspect is undisputed, the Court observed that it is evident that the statement of the petitioner, which she admittedly made, had caused provocation to certain persons. Thereby satisfying that limb of Section 153.

Regarding the contention raised by the petitioner that the proceedings initiated against the petitioner were with malicious intention and to interfere with the investigation conducted by the Enforcement Directorate, the Court observed that that contention cannot be considered at this point in time.

The Court referring to the principles set out by the Apex Court, observed that reasonable justification for invoking the power of the High Court under Section 482 CrPC can't be found in both the cases as there are sufficient ingredients for attracting the offences alleged against her.

Since the Court could not find any merit in the Criminal Miscellaneous Cases, they were dismissed.

While dismissing the cases, the Court observed that the findings in this order were made only for the purpose of verifying whether the petitioner has made out a case for invocation of the powers of the High Court under Section 482 CrPC for quashing the FIRs and under no circumstances the observations made may cause prejudice to the petitioner in raising a challenge against the final report if any filed against the petitioner by the Police after completing the investigation.