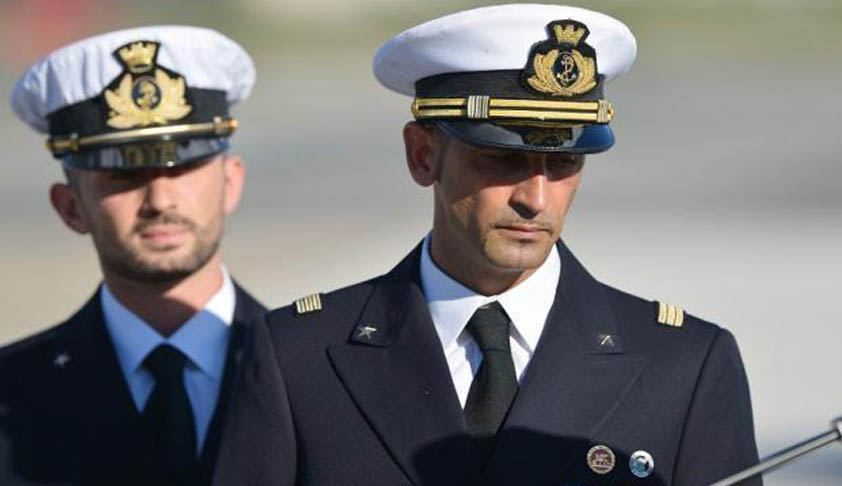 The Kerala High Court on Tuesday sought the Centre's response on a plea for compensation moved by the mother of a fisherman, who was allegedly aboard the fishing vessel which was fired upon by two Italian marines in 2012, and later died by suicide due to the trauma of the incident.

The Court directed the central government counsel to file a statement and listed the matter for hearing after two weeks.

In her plea, the petitioner had contended that the boat owner did not forward her son's name as one of the persons who was also on board the vessel and therefore, he neither received any counselling for the trauma suffered nor was considered for compensation.

Subsequently, as a result of the trauma suffered during the incident, the petitioner's son committed suicide, it was submitted.

She argued that her son's name ought to have been sent to the Italian authorities for consideration of appropriate compensation.

Last month around 10 fishermen, who had survived the firing incident, had moved the Supreme Court seeking compensation.

Criminal proceedings were pending in India against two Italian marines, Massimilano Latorre and Salvatore Girone, who were accused of killing the two fishermen, for 9 years till the Court brought the curtains down on the matter recently after Rs 10 crore in compensation was paid by Italy to the heirs of the deceased and the boat owner.

It had directed Rs 4 crore each to be given to the dependents of the two deceased fishermen and the rest Rs 2 crore would be given to the vessel owner. The top court had referred the matter to the Kerala High Court to oversee the disbursement.

In a fresh plea, the 10 fishermen had said they were also injured in the incident and hence, entitled to the compensation. They had sought a stay on the disbursement till their claims were determined.

The Supreme Court had recently closed the case after the Arbitral Tribunal constituted delivered its award under which Italy agreed to pay Rs 10 crore compensation, over the ex-gratia amount already paid.

On February 15, 2012, two Indian fishermen returning from a fishing expedition near Lakshadweep islands onboard fishing vessel St Antony were gunned down by two Italian marines on board an Italian flagged oil tanker Enrica Lexie.

The incident occurred around 20 nautical miles off the coast of Kerala. Shortly after the incident, the Indian Coast Guard intercepted Enrica Lexie and detained the two Italian marines.

Following this, the Kerala Police registered an FIR against them for murder and arrested them. In April 2013, the case was transferred to the National Investigation Agency (NIA) which invoked the Convention for the Suppression of Unlawful Acts Against the Safety of Maritime Navigation (SUA).

Italy criticised the prosecution pursuant to the SUA Convention as equating the incident to an act of terrorism. On March 7, 2014, India dropped the SUA charges against the marines.

On February 7, 2014, the charges were downgraded from murder to violence meaning the marines would not face the death penalty if convicted.

The complaint against the marines was lodged by Freddy on whose vessel two Kerala fishermen were killed when marines opened fire on them under the misconception that they were pirates.