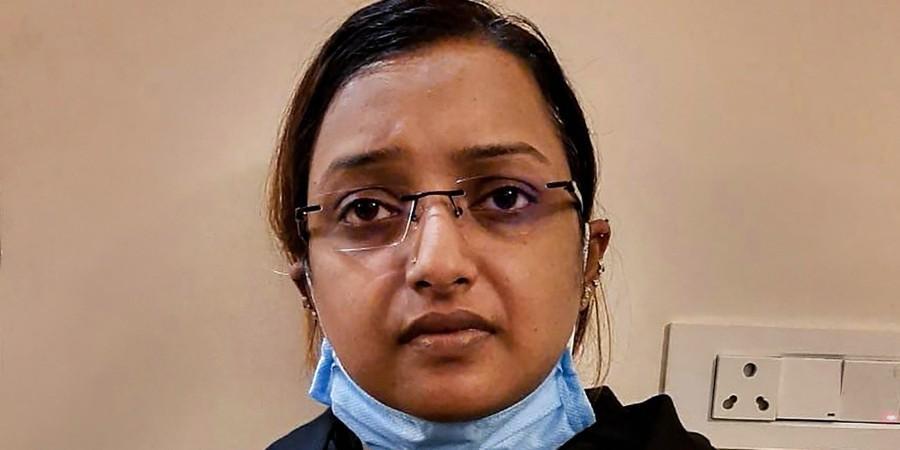 x
She contends that there is not sufficient material evidence to connect her with the crime of gold smuggling.

The prime accused in the gold smuggling case Swapna Suresh has approached the Kerala High Court with a bail application in the the FIR registered against her by the National Investigation Agency.Justice K Vinod Chandran and Justice Ziyad Rahman A. A will hear the matter on Tuesday.The applicant was in custody for smuggling gold via diplomatic channels and for illegal smuggling of large...

The prime accused in the gold smuggling case Swapna Suresh has approached the Kerala High Court with a bail application in the the FIR registered against her by the National Investigation Agency.

Justice K Vinod Chandran and Justice Ziyad Rahman A. A will hear the matter on Tuesday.

The applicant was in custody for smuggling gold via diplomatic channels and for illegal smuggling of large quantities of gold from foreign countries.

She was accused of engaging in the said criminal conspiracy with the intention and knowledge that this could threaten the economic security of the nation. However, in her plea, she has denied all such allegations and raised a claim of innocence.

Instead, the applicant has submitted that the undisputed allegations in the charge sheet will not attract any offence under the UAPA, the PMLA or even the Customs Act.

In fact, she claimed that there was not sufficient material evidence in the charge sheet to connect her with the alleged criminal activity of gold smuggling. The application also stressed that she was subjected to detailed interrogation on several occasions under the NIA custody and recovery of materials was already complete.

Advocate Sooraj T Elenjickal while defending the petitioner had submitted that she was falsely implicated in the case and that the only legally tangible evidence available against her was certain concocted statements recording during the investigation.

The applicant had moved the Special Court twice seeking regular bail, but both were dismissed. The first plea was dismissed on the ground that further investigation was required in the matter, it read.

However, the order of the Special NIA Court rejecting the bail application in March 2021 was challenged by this application.

In both the Customs case and the PMLA case, the applicant was granted bail by the concerned Courts. Although she was once again arraigned in a foreign currency smuggling case soon after, she was granted bail in this matter as well.

On this ground, she has asserted that the respective Courts have granted her bail on the very same alleged offence of gold smuggling, thereby praying for a regular bail from the High Court as well.

The application also revealed how some of the other accused members were granted bail on the notion that they had a limited role to play in the crime. When this was challenged by NIA, this Court reportedly held that smuggling gold was an offence under the Customs Act and did not attract the provisions of UAPA.

Swapna Suresh cited this decision of the High Court to refute the claims made by the prosecution.

Moreover, she pointed out how the charge sheet failed to disclose the involvement of any transnational forces in the matter.  On this ground, she alleged that the denial of bail to her by the lower Court was "vitiated by patent illegalities and irregularities resulting in gross miscarriage of justice."

She claimed that she was entitled to a regular bail u/s 439 CrPC, and alleged that Section 43D of UAPA did not fetter this right. It was also submitted that she had been in judicial remand for a substantial period, and that there was no likelihood of the trial commencing in the near future.

For the aforementioned reasons, the applicant prayed for the order of the lower court to be set aside and for her to be released on bail forthwith.

Exactly a year ago, the Customs Officials at the Trivandrum International Airport seized 30 kg of gold camouflaged in diplomatic baggage addressed to the UAE Consulate, Trivandrum.

A preliminary investigation revealed that the former PRO of UAE Consulate was supposed to receive the said baggage containing the contraband, and he was thereby arrested.

Pursuant to his arrest, the applicant was also apprehended for her alleged involvement in the crime.

Further investigation proved that approximately 167 kg of gold was illegally smuggled by the accused over the course of time, from November 2019 till June 2020.

The investigation team had also suspected it to be a means to finance terrorism in the nation, and soon stumbled upon the involvement of transnational forces in the activity as well.

The matter is being probed by the NIA, the ED, and the Customs Department.

The applicant had also made headlines with her statements made to the Customs Department regarding the Chief Minister and other three ministers of the State in the dollar smuggling case.