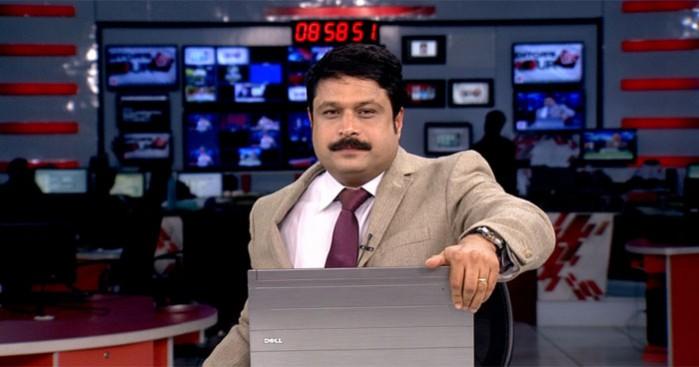 The Kerala High Court on Tuesday issued an interim ex-parte gag order against Reporter TV restricting it from publishing/broadcasting/telecasting any item concerning or relating to actor Dileep's brother in law, Suraj while reporting about the murder conspiracy case or the 2017 actor sexual assault case for the next three weeks. Suraj had moved the Court alleging that the respondent...

The Kerala High Court on Tuesday issued an interim ex-parte gag order against Reporter TV restricting it from publishing/broadcasting/telecasting any item concerning or relating to actor Dileep's brother in law, Suraj while reporting about the murder conspiracy case or the 2017 actor sexual assault case for the next three weeks.

Suraj had moved the Court alleging that the respondent channel was subjecting him to a media trial and resorting to sensationalism and publication of fabricated allegations against the accused and their associates in the said cases. In his plea, he had sought an injunction to restrain the media from reporting court proceedings.

Finding force in these arguments, Justice Mohammed Nias C.P prohibited Reporter TV from publishing anything except the court orders in the case noting that the reports said to be published by the channel amount to gross interference in the due administration of justice, if genuine.

"...since these reports interferes/obstructs the due course of justice going by the principles culled out from the various decisions of the Apex Court, the sixth respondent (Reporter TV) is to be prevented from telecasting/publishing the reports in the nature of contents revealed in Exts. P8 to P11 reports and P12. The propensity of the 6th respondent is clear and therefore, a reasonable inference about its continuance can be drawn. Considering the nature of the contents of the publication/telecast in Exts. P8 to P11 and that those materials had not been established in any legal proceedings, there cannot be any justification for permitting such publications. Thus viewed, I have no hesitation to hold that the instant case warrants the extreme step of passing directions against the 6th respondent to prevent such publications in future."

The Judge also found that such reporting shows the propensity of the channel to publish/telecast news about the case despite repeated orders passed on earlier occasions by the Sessions Court and this Court, therefore the petitioner's apprehension that ReporterTV will indulge in similar telecasts in future was found to have a sound basis.

It was also added that even the accused who is arrested during investigation and produced before a Magistrate is only entitled to get a copy of the remand report on the basis of which his custody is sought. Under such circumstances, the Single Judge wondered how the media gained access to the other documents.

"The Code only directs the investigating Officer to transmit to the Magistrate a copy of the entries in the case diary and when even the accused is not entitled to get the copy of any of the documents except remand report at that stage, it is difficult to comprehend as to how any other person/citizen/media can get copies of the details which even the accused is not entitled. Still worse will be the case of publication/telecast of the alleged materials referred above, which can only be on the basis of surmises/suspicion. During the course of investigation, the Investigating Agency is not allowed to divulge the details of investigation of any crime to the public at large on three counts namely; principle, authority and propriety."

Suraj is arrayed as the third accused in the murder conspiracy case.  According to his plea, a media trial was going on in the case and even conversations between the lawyers and relatives were making it to the headlines. Therefore he prayed that an order be issued prohibiting publication/broadcast telecast of matters relating to the cases except the orders passed by courts of law till the disposal of the plea.

Senior Advocate George Poonthottam appearing for Suraj also pointed out that in the order granting anticipatory bail to him and his brothers in law, the media was reminded that its right to freedom of speech and expression cannot be a license to abuse the justice delivery system by persons with little or no knowledge of the fundamental legal principles.

The petitioner has also contended that the top police officers investigating the case were leaking out materials allegedly collected during the investigation and including those from the in-camera trial and that it was on the basis of such leaked information that the media was telecasting false and fabricated stories.

On the other hand, Additional Director General of Prosecution Gracious Kuriakose appearing for the respondents argued that the petitioner had no locus to approach this Court since he was not even an accused in the actor assault case.

The Court noted that several of the constitutionally guaranteed fundamental rights come into play while considering the prayer for interim relief of a gag order.

"The right of the public to know the details of the criminal case through the media, the media's right to freedom of speech and expression, the right of the victim to bring out the truth through a fair trial, presumption of innocence which the accused or the suspect has until proved guilty, the right to reputation, privacy which are facets of Article 21 of the Constitution of India available to the parties and above all the indefeasible right for a due administration of justice in accordance with the law."

It was further discerned that the online news portal Reporter and their television channel Reporter TV have been telecasting items regarding the cases from 25-12-2021 onwards fabricating allegations one after the other against Dileep and the petitioner about matters which are sub judice in the ongoing trial and the pending investigation.

Therefore, the Court deemed it fit to issue an interim relief in favour of the petitioner.

Regarding the specific allegations made against three investigating officers who have been arrayed as respondents 3 to 5 for leaking information, the Judge had asked them to file counter-affidavits dealing with the said allegations. The State Police Chief has also been directed to ensure that no information regarding the investigation in the murder conspiracy case shall be leaked out to anyone by any of the Investigating Officers.

The matter will be taken up again on April 29.