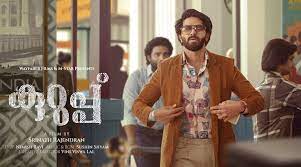 A Public Interest Litigation (PIL) has been filed before the Kerala High Court seeking to block the release of a Dulquer Salman starrer movie Kurup based on the life of a proclaimed offender Sukumaran Kurup.A Division Bench comprising Chief Justice S. Manikumar and Justice Shaji P. Chaly admitted the plea on Tuesday and issued notice to the respondents in the matter.The petitioner is a lawyer...

A Public Interest Litigation (PIL) has been filed before the Kerala High Court seeking to block the release of a Dulquer Salman starrer movie Kurup based on the life of a proclaimed offender Sukumaran Kurup.

A Division Bench comprising Chief Justice S. Manikumar and Justice Shaji P. Chaly admitted the plea on Tuesday and issued notice to the respondents in the matter.

The petitioner is a lawyer and claimed to have moved the Court to protect the privacy of the proclaimed offender and to direct the respondents to stop the release of the motion movie.

He came to know about the movie through an article on The Hindu where it was mentioned that the movie was inspired by the life of one of the State's most wanted criminals, Sukumara Kurup.

"The drama will revolve around his legendary crime and how his escape became a pop-culture phenomenon," the plea reads.

The main allegation in the PIL is that the movie is an exploitation of Kurup's right to privacy, particularly because as a proclaimed offender he is not permitted to approach the Court to safeguard his own rights.

The petitioner further pointed out that such publication was without the offender's prior permission, and that such inaction on behalf of the respondents was arbitrary and liable to be interfered with.

It was also reiterated that privacy is a fundamental right recognised by many international and regional treaties as well as by the Supreme Court in K.S Puttaswany v. Union of India.

Adding on, Kurup being a citizen of India, it was argued that the Centre was duty-bound to protect his rights as an accused under Article 20 and 21 of the Constitution.

According to the petitioner, the State being the custodian of the properties of the offender is duty-bound to protect his right to privacy. This is in light of the fact that since he is a proclaimed offender, all his movable and immovable properties are vested with the State.

Moreover, the petitioner pointed out that proclaimed offenders did not enjoy the freedom of movement, of assembly or association. Therefore, the State was duty-bound to safeguard their rights.

On the aspect of proclaimed offenders, it was asserted that the rights of an accused should be given to such persons till their conviction. The petitioner also argued that they belonged to the category of underprivileged section of the society for the same reason.

He added that the publication of the movie portraying his personal life with ingredients of fiction could be detrimental to Kurup, and may even deny him justice before a court of law.

The plea also stated that pre-trial incarceration needs justification depending upon the nature of offences, criminal history, terms of the sentence prescribed in the statute for such crime, probability of the accused fleeing from justice, hampering with the investigation, and doing away with the victims and witnesses.

"The Court is under an obligation to maintain a balance between all the stakeholder and safeguard the interests of the victim, accused, society and the State," it reads.