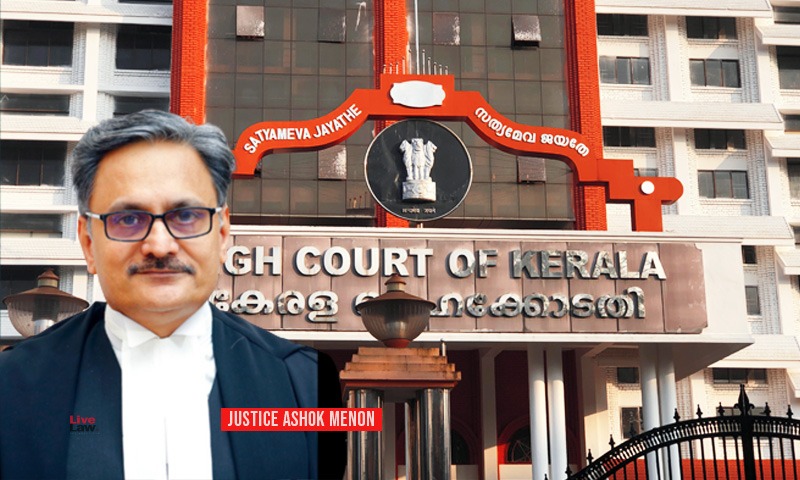 The Kerala High Court recently granted relief to a 61-year-old man who had spent over 18 years behind bars for sentences awarded to him in 14 criminal cases pending before different courts across the State. Justice Ashok Menon intervened in the matter and exercised the Court's power under Section 427 of the Code of Criminal Procedure (CrPC) to order his release. The petitioner...

The Kerala High Court recently granted relief to a 61-year-old man who had spent over 18 years behind bars for sentences awarded to him in 14 criminal cases pending before different courts across the State.

Justice Ashok Menon intervened in the matter and exercised the Court's power under Section 427 of the Code of Criminal Procedure (CrPC) to order his release.

The petitioner was convicted for fourteen cases pertaining to offences such as theft, housebreaking, and lurking house-trespass at night after he pleaded guilty. He was consequently convicted in all the cases for a period ranging between 6 months to 5 years imprisonment.

Upon being arrested on 10th April 2003, the petitioner had been in prison ever since.

The Court found that all the sentences were to run consecutively one after the other since none of the courts exercised their discretion under Section 427 to order the sentences to run concurrently. This was mostly because he was convicted of different cases committed at different periods of time and pending before different courts.

Section 427 confers the power on courts to order that sentences that are otherwise to run consecutively, shall run concurrently. Had the Magistrates exercised this power, the petitioner would have been released after serving five years, which was the maximum sentence awarded to him in one of the 14 cases.

Advocate V John Sebastian Ralph appeared on behalf of the petitioner and argued that he was old and infirm. Accordingly, it was prayed that the continued detention of the petitioner is illegal and therefore, specific orders may be made directing the jail authorities to release the petitioner.

Upon perusal of the documents and the arguments, the Court observed as follows:

The Single Bench invoked Section 427 CrPC in the exercise of the jurisdiction of the High Court under Section 482 of CrPC and directed the Superintendent of the Central Prison, where the petitioner had been confined, to release him immediately while recording that he has undergone the sentence in all the crimes he was convicted.

The Court also took into account the advanced age of the petitioner.

"I find the petitioner had not even contested the cases and had pleaded guilty, in consequence of which he was sentenced to imprisonment. He is more than 60 years old and has been in prison for more than 18 years now. Under the circumstances, exercising the jurisdiction under Section 482 of the CrPC, the petition is allowed and the respondents are directed to release the accused forthwith recording that he has undergone the sentence in all the crimes in which he was convicted," the Court ordered.

However, the Bench admitted that  power under Section 482 should be exercised with utmost caution.

"The very fact that such power under Section 482 of the Cr.P.C. is vested only in the High Court is a safeguard for the power being not abused and hence utmost care and caution is required while invoking the powers. The object of the exercise of power being to prevent abuse of process of court and also to secure the ends of justice, it follows that ends of justice are higher than the ends of mere law," the Court said.

The Court saw merit in the arguments of the petitioner. It referred to the decision of the Supreme Court in Neera Yadav v. CBI, in which it was observed that the power conferred on the court under Section 427 to order concurrent sentences is discretionary.

"The salutary principle adopted by the court is the totality of the sentences. The maximum sentence awarded in one case against the same accused is relevant while giving a concurrent sentence in another case. Only in appropriate cases, considering the facts of the case, can the court make the sentence concurrent with an earlier sentence imposed exercising powers under Section 427 read with Section 31 of the CrPC."

Therefore, the Court released the petitioner from his sentence.