'Will Have A Deleterious Effect On The Institution' : Kerala HC Dismisses Pleas Seeking Institution Of In House Committee To Probe Into Judicial Misconduct 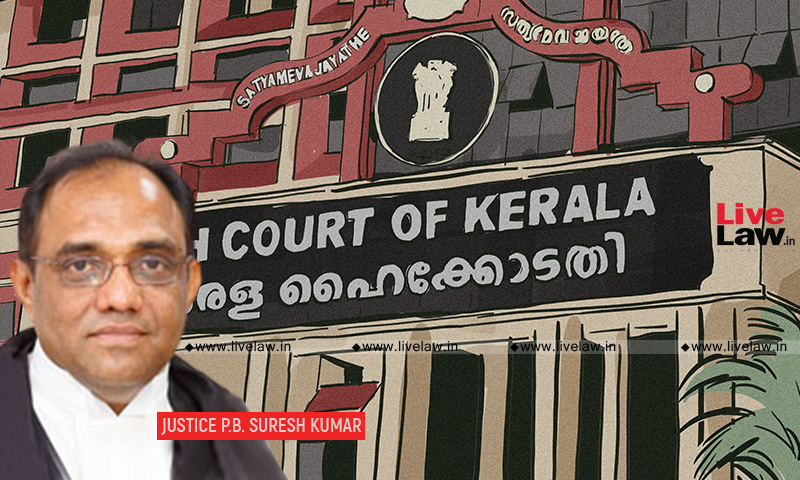 The Kerala High Court on Monday dismissed a couple of petitions seeking the constitution of an In-House Committee to probe into the alleged judicial misconduct against two judges.Justice P.B. Suresh Kumar while dismissing the petitions emphasised that entertaining such matters would be detrimental to the judicial system in its entirety."If it is held that a party who is directly or...

The Kerala High Court on Monday dismissed a couple of petitions seeking the constitution of an In-House Committee to probe into the alleged judicial misconduct against two judges.

Justice P.B. Suresh Kumar while dismissing the petitions emphasised that entertaining such matters would be detrimental to the judicial system in its entirety.

"If it is held that a party who is directly or indirectly connected with a dispute decided by a Judge can approach the Court in a proceedings under Article 226 of the Constitution seeking direction on a complaint lodged against the Judge concerning the decision taken by him alleging that the same is not one conforming to the Restatement of Values of Judicial Life, there cannot be any doubt that the same will have a deleterious effect on the institution."

It was also laid down that every judge must be unequivocally assured that his legal decisions, no matter how unpopular, will not lead to personal punishment and that the only indignity he may suffer for error is reversal.

The In-House Procedure was a means of self-regulation adopted by the Apex Court to ensure that judges do not abuse the trust reposed by the society in them.

While examining the scope of this procedure, the Supreme Court in Indira Jaising v. Registrar General, Supreme Court of India and Another [2003) 5 SCC 494] had established that if the CJI is satisfied that no further action is called for in the matter, the proceeding will stand closed as he deems fit.

Therefore, it was made clear that the Supreme Court does not have any disciplinary control over the High Court Judges, much less the Chief Justice of India has any control over any of the Judges.

Furthermore, reliance was placed on the Supreme Court decision in Additional District and Sessions Judge 'X' to conclude that everyone who prefers a complaint against a Judge is not entitled to proceed under Article 226 on an allegation that the CJI or the Chief Justice of the High Court has not responded to the complaint.

To this, the Court responded:

Therefore, finding no merit in the petitions, they were dismissed.

Advocate Yeshwanth Shenoy appeared for the petitioner in the matter and the respondents were represented by ASGI P. Vijayakumar.

Four waterfront apartment complexes in Maradu, Kochi were demolished on January 12 2020, following a Supreme Court order for not complying with Coastal Regulation Zone (CRZ) norms. The petitioner was one of the evictees.

Soon, the petitioner filed representations alleging judicial misconduct against one of the sitting judges and two retired judges in the High Court in light of their orders in the Maradu flats demolition issue.

The case of the petitioner was that the judgment letting the builder, who has violated the law, scot-free does not conform to the Restatement of Values of Judicial Life adopted by the Apex Court since it does not reaffirm the faith of the people in the impartiality of the judiciary.

On that note, the petitioner preferred complaints before the Chief Justice of this Court and the CJI respectively,  but no action was allegedly taken.

The petitioner thereby approached the Court seeking the constitution of an in-house committee to probe into the alleged judicial misconduct against the judges and to give him a copy of any reasoned order passed on his complaints.

One of the pleas urged that a direction be issued to the Chief Justice of the Court to comply with the In-House Procedure adopted by a full court meeting of the Supreme Court regarding a complaint filed against a sitting Judge.

When the petition was instituted, the Registry had questioned its maintainability since it sought relief against the Chief Justice of the Court. This question was further entertained by the Bench.

The petitioner stood firm in his stand and argued that the Registry was not empowered to probe into a question of law and that by entertaining its question, the Court was legitimising the alleged improper conduct of the Registry.

However, the Court was disgruntled with the arguments and stated that such writ petitions could have a detrimental effect on the justice dispensation process.