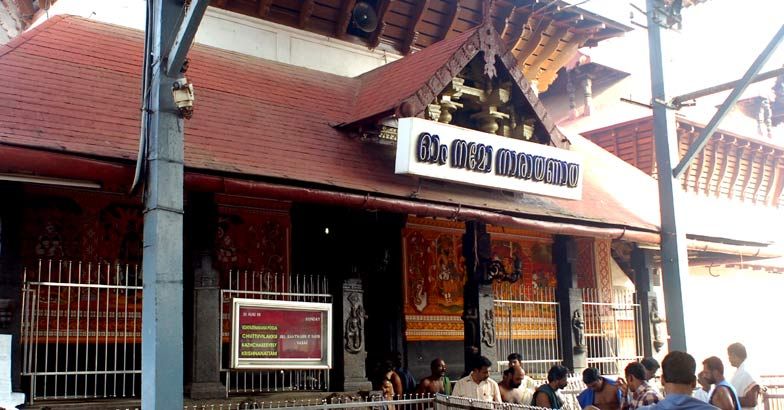 The Kerala High Court on Tuesday observed that the right of a worshipper to arrange marriages at the temple is restricted to the already available infrastructure of the temple.

A Division Bench of the Justice Anil K Narendran and Justice K Babu observed so while hearing a suo moto petition looking into the heavily adorned mandapam at the Guruvayoor Temple, in light of prominent entrepreneur Rav Pillai's son's marriage.

A news item appeared in the online media portraying the Temple heavily decorated with cutouts and tree branches apart from flowers put together for the marriage of Ganesh Pillai, the son of a prominent businessman and Padma Shri award winner Ravi Pillai. The Court had taken suo motu cognizance of the matter for alleged violation of Covid-19 protocols.

It has impleaded the Thrissur ASP, Collector, as well as the Magistrate in the matter, while seeking an affidavit regarding the management of affairs of the temple from the Board before the next hearing.

The Court during today's proceedings played a video footage of the said marriage that was uploaded on social media and screen shared the same.

Upon viewing the ceremony briefly, the Court put forth a series of questions to the Girivayoor Devaswom Board, regarding the decorations put up, the number of people who attended the ceremony as well as the suspected presence of private security on the temple premises.

Standing Counsel T.K Vipindas appearing for the Board submitted that he would get instructions in the matter.

"We agree that every worshipper has the right to conduct the marriage at the Guruvayoor temple. But this right is not absolute, and it comes with regulations."

The Court posed the following questions to the Board:

1. What are the responsibilities and duties of the Board authorities under the statute? Is there a breach of duty here?

2. Were any devotees prevented from entering the premises on the day of the impugned marriage?

3. Whether any private secretary was recruited on the day of the marriage?

It was informed to the Court that the said security personnel were appointed by the Guruvayoor Devaswom Board.

"Right to worship is a civil right applicable with the accepted reservations. The Board is bound to administer affairs of the temple in the public interest and according to the customs," the Court observed.

Magnificent decorations were prepared on the east gate of the temple for the same, as evidenced from the photographs attached with the online report.

Subsequently, it was submitted that although the Board had taken a resolution to permit floral decorations in the Nadappanthal, for the said marriage, no permission was granted for decorating it with cutouts and tree, branches.