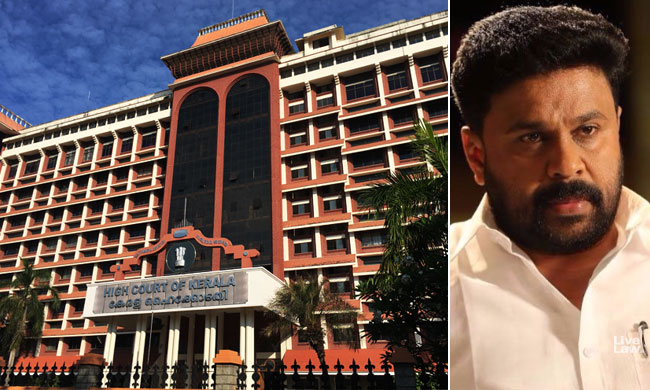 The Kerala High Court on Thursday refused to stay the investigation initiated against actor Dileep by the Crime Branch for conspiring to murder the investigation officials in the 2017 actor rape case, in which Dileep is facing trial as the chief conspirator.The developments ensued in the plea moved by the actor seeking to quash the FIR filed by the Crime Branch of Kerala Police against him...

The Kerala High Court on Thursday refused to stay the investigation initiated against actor Dileep by the Crime Branch for conspiring to murder the investigation officials in the 2017 actor rape case, in which Dileep is facing trial as the chief conspirator.

The developments ensued in the plea moved by the actor seeking to quash the FIR filed by the Crime Branch of Kerala Police against him and five others.

Justice K Haripal while adjourning to hear the matter on March 28, clarified that there will be no stay on the investigation against Dileep and the other accused in the matter.

In his plea, actor Dileep accused the filing of the impugned FIR as a vindictive, ill motivated, pre-determined and malafide act executed with oblique motives.

According to the actor, this FIR was registered merely to fabricate evidence in the 2017 actor abduction and rape trial which is going on before the Additional Special Sessions Judge. He was represented by Senior Advocate Siddarth Agarwal assisted by Advocates Thomas T. Varghese, Nitya R, Philip T Varghese and Sujesh Menon V.B.

The Crime Branch appearing though DGP T.A Shaji and Additional Public Prosecutor P. Narayanan alleged that Dileep and his brother-in-law, Suraj, had destroyed evidence in their phones before they were submitted to the court. In his plea to stay the investigation, Dileep had claimed that the crime branch had fabricated this evidence.

It has also been contended that the FIR was registered in violation of provisions of Section 154 of CrPC (information in cognizable cases) since there is total absence of any allegation or material to attract the offences alleged in the FIR.

Dileep has further argued that the Investigating Officer has created false, unsigned statements of film director Balachandrakumar to wreak his personal vendetta and on that basis he himself lodged a false complaint in the form of a letter to get the FIR registered.

In such circumstances, the petitioner has sought to quash the FIR and proceedings pursuant to same on the ground that it was registered in violation of law, the initiation of criminal proceeding being manifestly attended with malafides and instituted with ulterior motive for wreaking vengeance and also on the ground that the allegations even if accepted in toto do not constitute ingredients of any of the offences alleged.

However, the Court held that there had to be a detailed hearing of the case, which has grievous allegations levelled against the actor, and that there was no need to stay the investigation.

Earlier this year, Balachandra Kumar had released audio recordings of people, allegedly including Dileep attempting to sabotage the 2017 case and planning to endanger the lives of the officials. Following this, the trial court(which handles the 2017 actor rape case) had recorded a confidential statement from the director.

Apprehending arrest, Dileep, his brother P. Sivakumar and his brother-in-law T.N.Suraj had approached the High Court praying for anticipatory bail.

Finding that there was no prima facie material to suggest that the accused had committed criminal conspiracy to target the investigating officers, a Single Judge had granted pre-arrest bail in the matter.