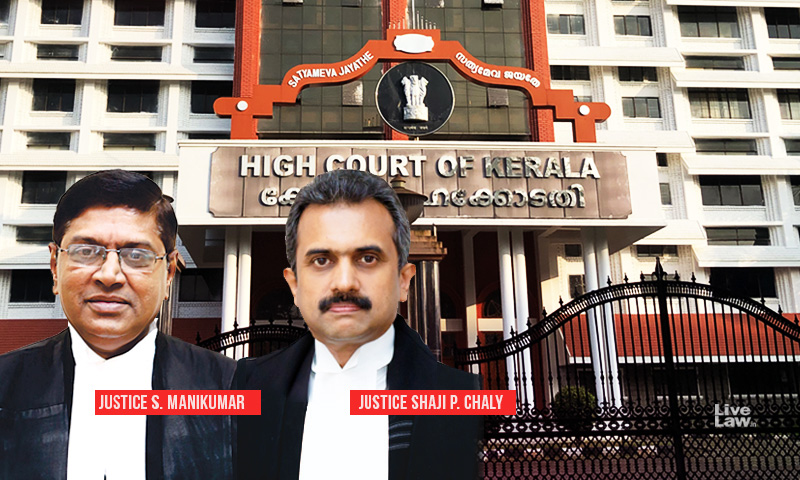 The Kerala High Court on Wednesday held that the Constitution of India's 26th Amendment would not alter the obligation of the State under Article 295 (2) to pay annuity to the legal heirs of the Malayala Brahmin family that possessed sovereign rights over the territory of Paravur, which now falls under Ernakulam district.

The court was dealing with a matter relating to pension of the Malayala Brahmin family which had relinquished its sovereign rights over Paravur to the rule of Travancore State in 764AD, In consideration of the relinquishment, the ruler of Travancore State would pay annuity to the family. In 1971, the annuity was treated as a family pension.

When Ravi Sharma Raja Krishna Raja died in 2011, Ravi Parameshwara Raja as the eldest male of the family applied for the pension. The government took a stand that the same cannot be given to him as the benefit granted to his predecessor was a personal right. The matter then reached the court - a single bench in 2020 quashed the government decision.

"On an analysis of the principles of law laid down by the Apex Court in Maharaja Shree Umaid Mills Ltd. (supra), it is categoric and clear that until Article 295 (2) is remaining in the Constitution as such and the obligation created as per a contract is accepted as such by the successor state, the State is obligated to honour the contract and protect the rights and interests of the petitioner's family to that extent."

The court said annuity is obligated to be paid by the State on the basis of the agreement executed by the petitioner's family with the Travancore State, and later by the United States of Travancore - Cochin, which remains unchanged, having been accepted by the State.

In 2020, the single bench allowed the petition filed by Ravi Parameswara Raja and agreed with the submission that deletion of Articles 291, 362 and 366 cannot impact the vested right of the petitioner's family since, under Article 295(1)(b).

"Annuity granted to the petitioner's family on the basis of a grant by the Ruler of Travancore and later acknowledged by the State of Travancore-Cochin, cannot be equated with privy purse, which was in the nature of a pension granted to the Rulers of the States for agreeing to cede to the Indian Union".

It was contended by State Attorney N. Manoj Kumar that subsequent to the 26th Amendment to the Constitution of India, which came into effect from 28.12.1971, privy purses and personal privileges of the erstwhile rulers or successors have come to an end.

Referring to Raghunath Rao Ganpat Rao v. Union of India (1994), the division bench was told that the Supreme Court has upheld the 26th amendment holding that it was done only to achieve the objectives stated in the preamble i.e., for establishing an egalitarian society.

"When the original sovereign liable to pay annuity to the petitioner's family i.e., the erstwhile Travancore rulers lost their right to receive payment from their successor State i.e., the Union of India, the liabilities flowing from the erstwhile Travancore rulers to the petitioner's family cannot have any continued existence independent of the right of the Travancore family to receive privy purses from the Government of India; which fact was not considered by the learned single Judge," the State counsel submitted.

It was also argued that that Article 295(2) of the Constitution of India is applicable only with regard to the rights and liabilities or obligations 'arising from the contracts connected with the properties, now with the Government; whereas, the issue in the present case arises from the sovereign rights held by petitioner's forefathers and therefore, the relevant provision applicable is Article 363A of the Constitution of India introduced as per the 26th amendment, 1971.

The State also submitted that Union of India v. Gwalior Rayon Silk Manufacturing Co-operative Ltd. Birlanagar, Gwalior & Anr. (1964) held that Article 295 will always be subject to new laws made by the State. Therefore, it argued that insertion of Article 363A by the 26th amendment, the petitioner cannot claim any right as per Article 295.

On the other hand, on behalf of the respondent (erstwhile petitioner), it was contended by Senior Advocate T. Krishnanunni and Advocates R. Ramadas, Meena A., Vinod Ravindranath, K.C. Kiran, Ashwin Sathyanath, and M.R. Mini, that under Article 291 of the Constitution, privy purse was a privilege granted to the rulers wherein any covenant or agreement entered into by the ruler of Indian State before the commencement of the Constitution, the payment of any sums, free of tax, which has been guaranteed or assured by the Government of the Dominion of India to any ruler of Indian State.

However, it was submitted that in the instant case, there was no such agreement or covenant acceding to the dominion of India, but an agreement simpliciter by and between the parties.

Additionally, it was argued that although Article 366(2) had been substituted as per the 26th amendment Act, 1971, the annuity extended based on an agreement propounded under Article 295(2) was retained.

It was further submitted that as long as Article 295(2) remained in the Constitution without being tinkered in any manner by any law made by the Government of India, the petitioner's family would be entitled to get the annuity as propounded by the framers of the Constitution.

The division bench said annuity can be termed as a payment of a fixed sum annually made and charged on the State by virtue of the imperatives under Article 295(2) of the Constitution of India. "We are of the definite and undoubted opinion that the learned single Judge was right in quashing Exhibit P7 and issuing the consequential directions," it said, while dismissing the State's appeal.