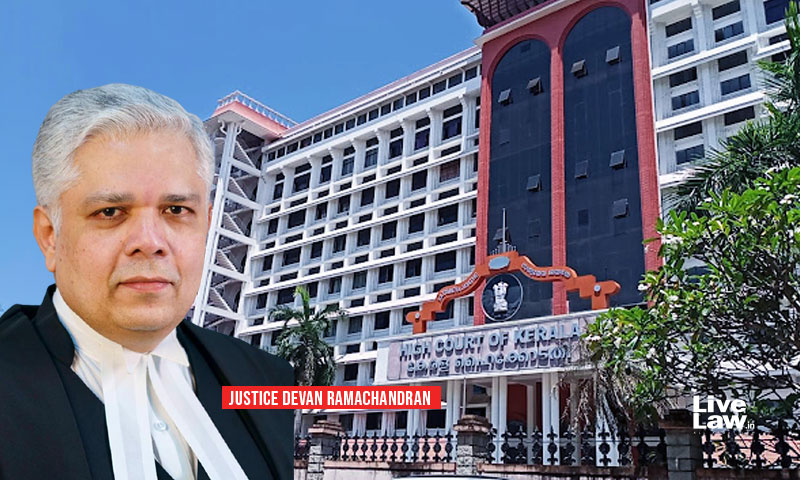 The Kerala High Court on Monday issued strict instructions to the State to ensure that no new unauthorised flag posts are installed in the State and to remove the already existing ones within a period of 10 days.Justice Devan Ramachandran, surprised by the number of flag posts in the State, remarked:"Illegal flag masts already erected on the streets should be taken out under the...

The Kerala High Court on Monday issued strict instructions to the State to ensure that no new unauthorised flag posts are installed in the State and to remove the already existing ones within a period of 10 days.

Justice Devan Ramachandran, surprised by the number of flag posts in the State, remarked:

"Illegal flag masts already erected on the streets should be taken out under the applicable laws, particularly under the Land Conservancy Act. Action should be taken against the perpetrators, and they should be penalised unless these masts are removed."

"They dig up tarred roads and put these posts. Everyone is scared to do anything about it, the public and even the police, all because there is some political force behind it."

The Bench had earlier directed the State government to conduct an audit and survey regarding the number of illegal flag posts erected in the State.

Accordingly, a report from the Additional Chief Secretary of the Revenue Department was filed stating that the number of flag posts in the state to be crossing 40,000 in number. The Court remarked:

"Amazingly, as per the report, Kerala has at least 42,347 flag masts though it does not say whether they are all illegal. Going by the inputs available to this court, I will not be surprised if none of them have obtained any permission under the statutes and I dare say this because, if that be so, none of them could have been installed at the places where they are presently found namely, on road margins and even on pedestrian paths."

The Bench also stated that the circumstances were shocking, particularly considering that this number may not be the exact figure.

"The situation is alarming because even by a very conservative estimate the number shown in the report is mind-boggling, and I am certain it is not an accurate figure. Perhaps the actual figure could be double of this or maybe even more than that."

However, Government Pleader S. Kannan informed the Court that the State was taking the matter with an iron hand and sought more time to file an affidavit since the Cabinet has not been able to meet on account of the ongoing legislative assembly session.

The Court recorded this submission and granted more time to file its proposal. However, it was carried that its earlier order mandating that no new illegal flag posts should be erected in the State will continue to be in force.

The Single Judge also directed the competent authority to keep a check on the same, and the Government to provide wide publicity to these directions in order to give these individuals and agencies an opportunity to remove illegal strictures without the might of law being brought out against them in due course.

"As far as the flag posts already on the streets are concerned, I'm certain that action should be taken under every applicable law including the Land Conservancy Act and the perpetrators meted with the maximum punishments under it, including by way of penalties unless they remove flag posts on their own and without official action being initiated by next posting date. These directions shall be given due publicity by the government and those entities or individuals who are desirous of acting as per law can obtain one opportunity of removing the illegal structures on their own without the might of law being brought against them in due course."

The matter will be taken up next on 25th November.

The Court issued the order on a petition filed by a property owner who approached the Court through Advocate R.T Pradeep seeking police protection to remove flag posts that were allegedly put upon his property by political parties.