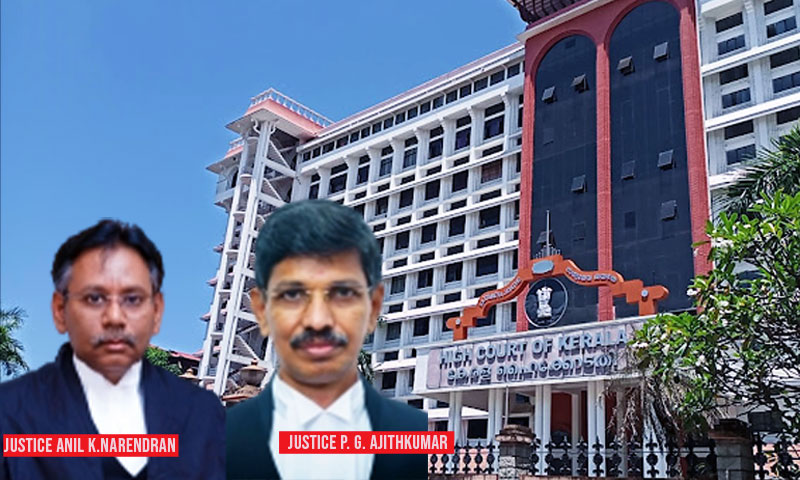 While adjudicating upon a suo motu case regarding the increasing number of road accidents, the Kerala High Court on Monday asked the State government to file a report on the incident where a tourist bus caught fire after firecrackers were set off on its roof before venturing on a college excursion last month.

A Division Bench of Justice Anil K Narendran and Justice P.G Ajith Kumar listed the matter urgently after a news report of the incident caught its eye. The Court also condemned the continued flouting of road safety regulations despite repeated orders for their strict implementation.

"The state of affairs, as disclosed from the news report that appeared in print and visual media make it explicitly clear that even after the orders of this Court, contract carriages are being used in public places flouting the safety requirements, posing a potential threat to the safety of passengers and other road users."

The incident had garnered wide public attention after a video captured by a student went viral on social media. This was followed by news reports which suggested that certain bus operators had set off fireworks on the roof of the bus to celebrate the advent of the college excursion.

The Bench viewed the video of the incident in open court and condemned the reckless violation of its earlier order wherein it had specifically warned against the use of certain equipment and technology on motor vehicles since such high-power systems violate safety standards apart from posing a potential fire hazard to the passengers.

It also observed that such violations continued despite the Motor Vehicles Department promptly acting against contract carriages using unauthorised lights and sound systems that distract other motorists and could potentially cause accidents.

When the matter was taken up, the Special Government Pleader sought time to get instructions on the incident. The Court also directed him to get instructions as to whether such vehicles were being used in schools as educational institution buses on a contract basis, and by the Kerala State Road Transport Corporation for tourism promotion.

Further, the Transport Commissioner and State Police Chief were directed to ensure through their officers that colour photographs and video clippings of the exterior body of the contract carriage/transport vehicle, the driver cabin, and the passenger cabin are enclosed along with the accident/inspection report.

The authorities were also asked to make sure that a person who drives or causes/allows to be driven a transport vehicle in any public place flouting the safety standards and the standards prescribed in relation to control of noise, is proceeded against in accordance with the law.

The matter will be taken up next on 8th July for further consideration.