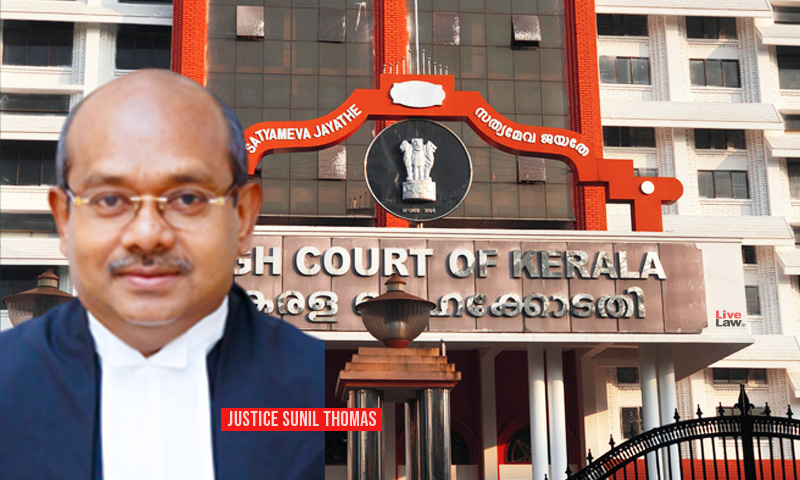 The Kerala High Court on Friday dismissed a petition filed by a retired Superintendent of Police (Vigilance and Anti-Corruption Bureau) seeking to quash a case registered against him by the Vigilance Special Investigation Unit.Justice Sunil Thomas gave green light to the VACB to continue with its probe against the petitioner finding that the offences alleged against him were not covered by...

The Kerala High Court on Friday dismissed a petition filed by a retired Superintendent of Police (Vigilance and Anti-Corruption Bureau) seeking to quash a case registered against him by the Vigilance Special Investigation Unit.

Justice Sunil Thomas gave green light to the VACB to continue with its probe against the petitioner finding that the offences alleged against him were not covered by the protection under section 17A of the Prevention of Corruption Act.

"...the allegation against the petitioner in the crime is not one touching on any decision taken by him in the course of discharge of his official function. Allegations are criminal in nature and hence, I feel that ... prima facie, prior approval under section 17A does not bar to be warranted in the present case."

No police officer shall conduct any enquiry or inquiry or investigation into any offence alleged to have been committed by a public servant under this Act, where the alleged offence is relatable to any recommendation made or decision taken by such public servant in discharge of his official functions or duties, without the previous approval...

The vigilance probe was initiated upon a former Circle Inspector of Excise instituting 15 complaints of corruption against the petitioner. Out of these, one of them were found to be substantiated after preliminary enquiry.

The said allegation was that while serving as the DySP of Vigilance Special Cell, the petitioner was the investigating officer in the case of one Gopalakrishnan Nair, a former assistant engineer in the Thiruvananthapuram Corporation.

The primary allegation was that the petitioner abused his official position as a public servant and conspired with Nair who amassed assets 19% more than his known source of income.

To justify the source of excess income, Nair handed over two fake receipts to the petitioner, to evidence that he had sold gold ornaments at a jewelry.

It was alleged that the petitioner accepted the evidence concealing the fact that they were forged documents and without questioning the partner of the jewelry who had issued the receipts. Instead, another partner was questioned and this statement was recorded.

After a 'dubious' investigation, the petition filed a report recommending that no crime was registered against Nair.

When this came to light, a vigilance case was registered against them under the Prevention of Corruption Act for forging documents and conspiring to establish fake documents. The government also gave its sanction to this probe.

Representing the petitioner,  Advocates P.V. Venugopal, Senkumar T.P and K.T Sebastian argued that he was implicated falsely and that no offence is made out against him. On these and other grounds, he sought for the FIR to be quashed.

The Court found that in Shankara Bhat & Ors v. State of Kerala & Ors [2021 (5) KHC 248], it was held that offences like misappropriation of funds, fraud, falsification of accounts, criminal breach of trust, conspiracy, etc. are not covered by the protection under section 17A.

Further, the case records clearly indicated that the partner who issued the impugned receipts were not questioned while another partner's statement was recorded.

The Court noted that the petitioner had failed to explain why the issuer of the receipt was not examined.

"In the absence of a valid explanation as to why a stranger to the receipts was questioned the conduct of the petitioner in accepting the receipts as a proof and recommending closing of the crime raises strong suspicion. Prima facie, this matter needs a detailed investigation."

As such, the petition was dismissed.