A Second FIR Based On The Very Same Allegations Cannot Be Registered When The First FIR Has Been Quashed On Merits: Kerala High Court 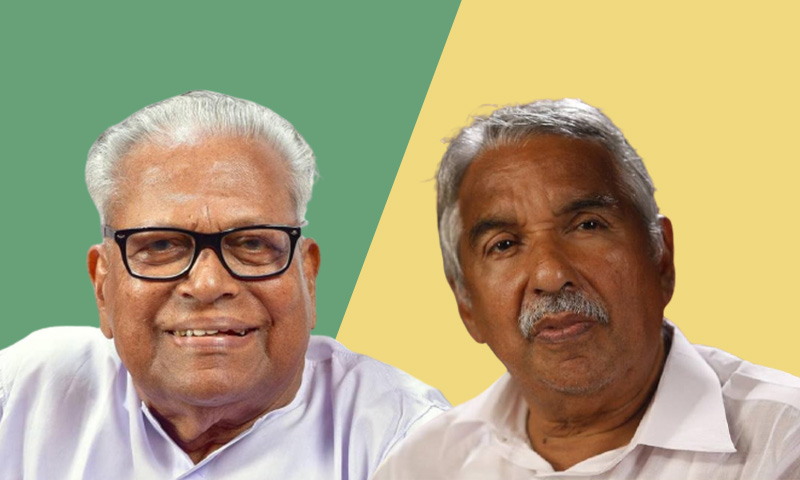 The Kerala High Court while dismissing a petition on Tuesday ruled that a second FIR based on the very same allegations cannot be registered, more so when the first FIR has been quashed on merits.

V. S. Achuthanandan, the former Chief Minister of Kerala, approached the Court against the order of the Enquiry Commissioner and Special Judge, Thiruvananthapuram dismissing the complaint filed by the petitioner against respondents under the Prevention of Corruption Act.

During the period 2013-14, while the 2nd respondent (OOmmmen Chandy) was the Chief Minister and respondents 3 to 5 were high ranking officials in the Government

The petitioner in the complaint had alleged that a main sewerage pumping line of the Kerala Water Authority which was initially laid diagonally through the property of respondent Avruthi Mall Management Co. Ltd. was shifted to a part of this property, which effectuated construction over a larger area. It was contended that this shift enabled all respondents to gain an undue pecuniary advantage by reducing the Government property into their possession.

The Court noted that before the said complaint was filed by the petitioner, another public spirited citizen had filed an FIR before the Lok Ayukta on the same ground. It was observed that the action of the accused will not attract the provisions of the Act since the Respondent Company had not gained any pecuniary advantage from shifting the sewerage line from the shift. This court had then held that the FIR did not disclose commission of the offences under the Prevention of Corruption Act, thereby quashing the FIR and further proceedings accordingly.

While appearing for the petitioner, Adv. S. Chandrasekharan Nair argued that it was improper to reject the present FIR without conducting preliminary enquiry. They also argued that both the FIRs contained allegations of different substance.

However, Justice V.G. Arun observed that the allegations in both the complaints were substantially the same, except for additional details mentioned in the second FIR. However, this is immaterial due to the settled legal position that an FIR need not be a compendium of all facts.

If the petitioner's prayer is allowed, it will result in the registration of a second FIR on the very same set of facts. Therefore, it was held that the Court was justified in rejecting the second FIR.

The High Court also declared that the petitioner's reliance on Lalita Kumari v State of U.P. [(2014) 2 SCC 1] to present their arguments was misplaced since it did not discuss anything on the legality of registering a second FIR based on the same set of facts. The finding in the aforementioned judgment is no declaration that even in cases where FIR is already registered, preliminary enquiry is bound to be held on a subsequent complaint, containing the very same allegations being filed.