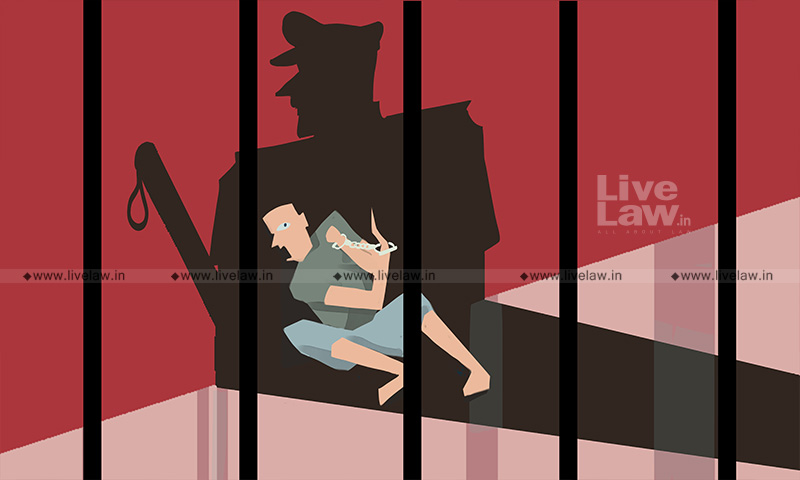 x
"Sanction contemplated under Section 197 is not intended to safeguard illegal acts," the Court added.

The Kerala High Court has ruled that sanction stipulated under Section 197 Code of Criminal Procedure is not necessary to prosecute police officers in cases of police brutality since such acts are not related in any manner to the discharge of their official duties.Justice Mary Joseph remarked:"...the accused can only be taken to have exercised their authority for committing some illegal...

The Kerala High Court has ruled that sanction stipulated under Section 197 Code of Criminal Procedure is not necessary to prosecute police officers in cases of police brutality since such acts are not related in any manner to the discharge of their official duties.

"...the accused can only be taken to have exercised their authority for committing some illegal acts, under the guise of exercise of lawful discharge of their official duties and therefore are not liable to be afforded with the protection envisaged under Section 197. Sanction contemplated under the above provision is not intended to safeguard illegal acts."

The Court added that sanction as a protective measure was incorporated in CrPC to save a public servant acting in bonafide without exceeding the jurisdictional limits and also duly exercising the authority recognized by law:

"What is intended by the incorporation of Section 197 in Cr.P.C is an assurance to a public servant that for whatever things bonafide done by him in the lawful exercise of the authority conferred on him, protection would be afforded to him."

The petitioners herein were police officers of the Ezhukone Police Station. They were accused of brutally assaulting a man in custody causing inter alia cigarette burns on his tongue, making him unable to speak when produced before the Magistrate.

The injured complainant had narrated gory details of the assault inflicted on him by the accused police officers.

The Judicial First Class Magistrate, Kottarakaram found them guilty and passed an order of conviction against them for offences punishable under Sections 323 and 324 read with Section 34 of the Indian Penal Code. The appellate court confirmed this conviction.

The revision petition was preferred on the primary contention that despite being public servants cognizance was taken by the trial court and they were prosecuted without getting the sanction from the State Government as contemplated under Section 197 CrPC. and therefore, the process of taking cognizance and conduct of the trial is vitiated.

Both the trial court and the appellant court had taken the view that sanction, as contemplated under Section 197 CrPC, is unwarranted in the case on hand since the acts alleged to have been committed by the accused are not related in any manner to the discharge of their official duties.

The Court opined that the sanction contemplated under Section 197 was not meant to protect a public servant dealing with the life or personal liberty of a man out of the purview of law or procedure established by law. Therefore, a policeman had to act within the limits of the legal domain recognized by the Code or any other enactments.

"For the mere reason that the Policemen arrived there in a Departmental vehicle during hours of their official duty, and took the complainant along with them to the Police Station, it cannot be said that, they were discharging their official duties. There must be some legal basis while depriving the personal liberty of a person, since it being the mandate of our Constitution under Article 21 that a person's life or liberty shall not only be curtailed or abridged without the support of a procedure established by law."

The Court further noted that the accused cannot take the advantage of Section 197 after committing mischievous acts under the guise of lawful discharge of official duties.

"The fact that the incident occurred within the Police Station and during the course of discharge of official duty by the Policemen will not legalise it if it turns out as an exercise of excess power by them for illegal gain."

Therefore, the Bench held that sanction is absolutely unwarranted in the context of taking cognizance of the offence against the accused and prosecuting them.

"This Court ... was convinced that the injuries inflicted were of barbarous nature and unwarranted by the circumstances that exist at the relevant time, for discharging the official duty by them as Policemen. The context being so, sanction, as contemplated under Section 197 CrPC, cannot be a precondition for taking cognizance of the offences against the accused and for prosecuting them. The trial court undoubtedly is justified in holding so and this Court finds no reason to interfere with that finding."

In the light of the foregoing discussions, the High Court held that the trial and the appellate courts were not in error and were perfectly justified in finding the accused guilty for the offences under Sections 323 and 324 read with Section 34 IPC, convicting them and imposing punishments on them for those by the impugned judgment.

Accordingly, the revision petitions were dismissed.