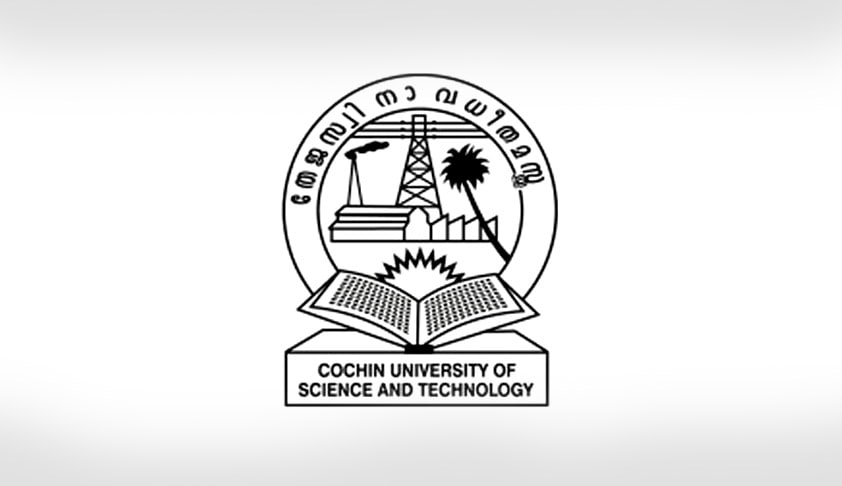 The Kerala High Court has upheld the appointment of Cochin University of Science and Technology (CUSAT) Director of Legal Studies- Dr. Vani Kesari A, by dismissing a petition challenging the selection process. A Division Bench of Justice A.K. Jayasankaran Nambiar and Justice Mohammed Nias C.P observed that it was up to the court to decide if the procedure followed by the statutory...

The Kerala High Court has upheld the appointment of Cochin University of Science and Technology (CUSAT) Director of Legal Studies- Dr. Vani Kesari A, by dismissing a petition challenging the selection process.

A Division Bench of Justice A.K. Jayasankaran Nambiar and Justice Mohammed Nias C.P observed that it was up to the court to decide if the procedure followed by the statutory selection committee was legal, even if it was deviant from the one prescribed by the statute.

"... a statutorily constituted Committee, while being obliged to exercise its discretionary function of conducting a selection as contemplated by the Statute, would be seen as transgressing its jurisdictional limits if it relies on norms or guidelines that militate against the provisions or object of the Statute in question. In the latter event, it would always be open to this Court to strike down such action of the statutory committee as ultra vires and illegal."

When the Bench examined the procedure followed by the Selection Committee herein, it found that marks were awarded based on the experience and qualifications possessed by the rival candidates and it was on that criterion that Dr. Kesari scored more marks than the appellant in the selection process.

"Experience of a candidate being a relevant criteria in a selection to the post of Assistant Professor, we do not see the Selection Committee as having overstepped its jurisdictional limits while conducting the selection."

The appellant had responded to a 2008 notification inviting applications for the post of Lecturer at CUSAT. The notification indicated that the qualifications and experience for the post would be as prescribed by the UGC and that the appointment will be made as per UGC Regulations and reservation principles according to the CUSAT Act, 1986 and the State Government Rules.

Later, after she was called for an interview, the University announced that its Syndicate had resolved to follow the provisions of the CUSAT Act to constitute the Selection Committees for appointment of faculty till the Act was formally amended.

However, when the appellant appeared for the selection process, she found that although the Selection Committee was constituted as per the University Act, it consisted of two subject experts nominated by the Vice-Chancellor and not by the Syndicate as was required by the University Statutes.

After the election process, the second respondent Dr. Kesari was ranked first and the appellant came second. Challenging the selection process, the appellant moved the Court. However, the Single Judge dismissed the petition finding that no malafides had been attributed against the constitution of the Selection Committee and hence the Selection Committee was validly constituted.

It was also held that since the appellant had participated in the selection process, she could not now turn around and challenge the constitution of the Selection Committee.

Aggrieved by this decision, the appellant filed an appeal before the Division Bench.

Advocates T.C. Krishna and P. Ramakrishnan appeared for the appellant and argued that while she was aware that the selection process was to be held as per the University Statutes, she was not aware of the nomination by the Vice-Chancellor instead of the Syndicate till after the selection procedure was completed.

Regardless, Standing Counsel S.P.Aravindakshan Pillay for CUSAT, Advocates Peter Jose Christo and Elvin Peter countered that the alleged irregularity regarding the nomination in lieu of the Syndicate is not significant at this stage since the Syndicate itself had subsequently ratified the decision of the Vice-Chancellor and there was no allegation of malafides urged by the appellant in the writ petition.

They further pointed out that since the appellant had not specifically impugned the appointment order issued to the 2nd respondent, interfering with the selection at this distance of time would, while not serving any purpose of the appellant, severely prejudice the interests of the 2nd respondent who had left her earlier service to take up the present appointment almost 14 years ago.

The Court found considerable force in the point urged by the respondents herein as regards the futility of adjudication on merits at this distance of time.

Yet, it delved into the legality of the selection process and found that precedents dictated that a candidate while agreeing to participate in a selection process only accepts the prescribed procedure and not the illegality in it and that in a situation where a candidate alleges misconstruction of statutory rules and discriminating consequences arising therefrom, the same cannot be condoned merely because a candidate has partaken in it.

"The said finding of the Full Bench can only be seen as holding that a statutorily constituted Selection Committee if called upon to conduct a selection in the absence of any statutory norms or guidelines to inform the exercise of such statutory discretion, must not by itself evolve such norms or criteria as would take it out of its statutory confines."

In this background, the Bench found no reason to interfere with the decision of the Single Judge.

The appeal was thereby dismissed.