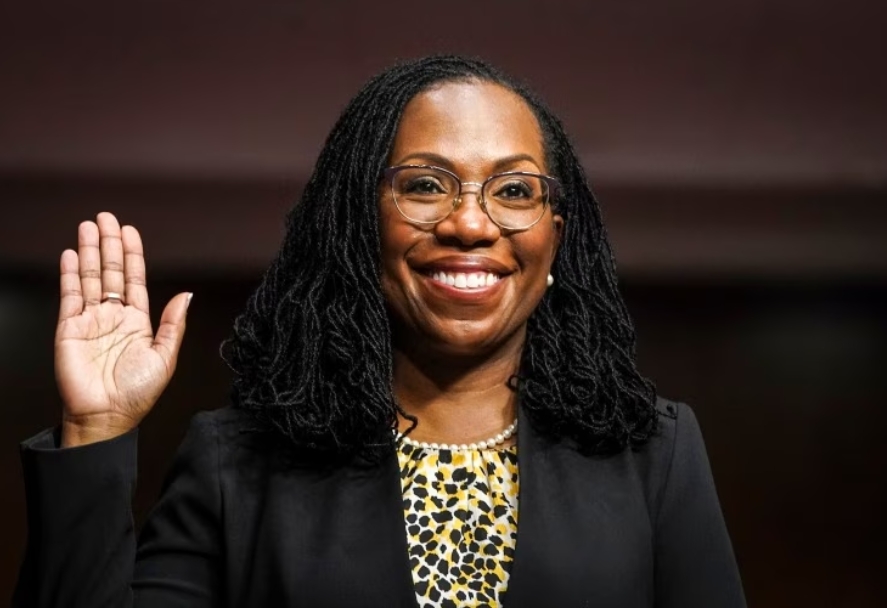 Justice Ketanji Brown Jackson made history on Thursday as the first Black woman to become a U.S. Supreme Court justice as she was sworn into office immediately following the end of the Court's term and Justice Stephen Breyer's retirement.

Justice Jackson was confirmed by the Senate to the Supreme Court in April in a 53-47 vote, and her ascension to the Court fulfills President Joe Biden's campaign promise to appoint its first Black female justice.

She was sworn in a few minutes after noon on Thursday in a small ceremony at the Supreme Court, directly after Justice Breyer's retirement from the Court after nearly 28 years of service. Her rise to the Court will not change it's ideological balance — the newly expanded conservative majority will retain its 6-to-3 majority.

The 51-year-old justice comes to the Supreme Court from the D.C. Circuit Court of Appeals, where she had served as a judge since last year following roles as a district court judge and on the U.S. Sentencing Commission. In addition to becoming the first Black woman to serve on the Supreme Court, Jackson is also its first former public defender.

Jackson's ascension to the Supreme Court comes at a turbulent moment for the institution amid wavering public trust in the Court following a series of controversial rulings, most notably its decision last week to overturn Roe v. Wade, the landmark ruling that established the constitutional right to abortion in the U.S in 1973.

In addition to that decision, the 6-3 conservative Court has also drawn criticism in recent weeks for another controversial ruling that rolled back gun control laws by striking down a New York law that placed strict restrictions on carrying concealed firearms in public for self defense.