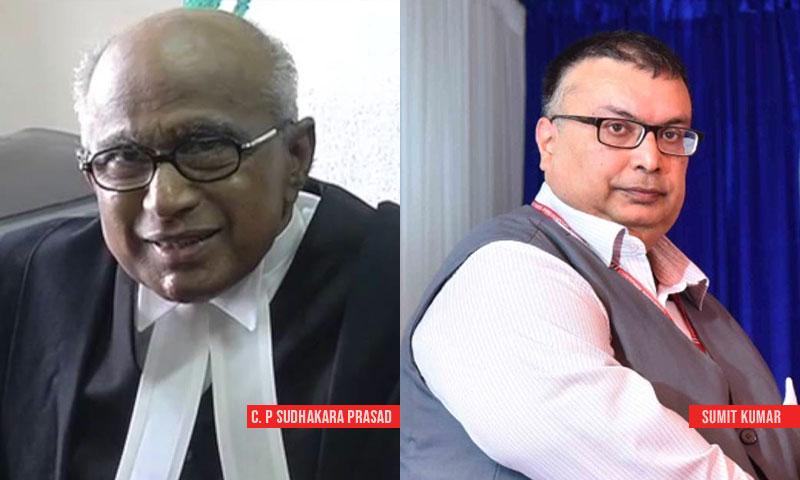 The Advocate General of Kerala CP Sudhakara Prasad had earlier issued notice to the Customs Commissioner Sumit Kumar on a petition filed by politician KJ Jacob. In his petition, he sought the Advocate General's sanction to initiate criminal contempt of court action against Kumar over the publication of statements of smuggling accused Swapna Suresh, recorded under Section 164(1) of the CrPC.

Swapna Suresh had purportedly implicated the Chief Minister, ministers, the Speaker and others in statements made before the Magistrate under Section 164(1) of the Criminal Procedure Code.

Kumar's affidavit, which is the subject of the contempt sanction proceeding, was in turn a response to an application filed by the Director of Prisons challenging an Order of the Additional Chief Judicial Magistrate's Order directed protection to gold smuggling accused Swapna Suresh in the prison in which she was detained.

In his letter setting forth is preliminary objection to the proceedings, Kumar points out that the since the case was filed by the State Prosecutor after all the documents were examined by the Advocate General, he would be motivated by bias when deciding on the contempt proceeding. Kumar's reply clarifies that he only alleges the Advocate General's legal bias against him and not personal bias.

In the proceedings in Court, the Advocate General had taken a definite stand against him in the petition, Kumar additionally asserts in his reply.

Therefore, Kumar urges that the issues raised in the reply be decided first as a question of jurisdiction, as "otherwise he will be put to manifest injustice and prejudice"

Assailing the publication of a Section 164 statement in the public domain contrary to settled law, Jacob's complaint claimed,

"The reasonable presumption that can be drawn from the act of the respondent who is neither a party to the Criminal Miscellaneous Case nor the investigating officer, filing the aforementioned statement, revealing the contents of the alleged 164 statement, in a manner totally unconnected with the lis in the said case is that he is acting under the dictates of the ruling dispensation at the Centre and his attempt is only to convert the Honourable High (Court) into a political arena you (to) please his political masters. It can also be presumed that the very intention of filing such a statement was to bring the contents of the 164 statement to public glare."