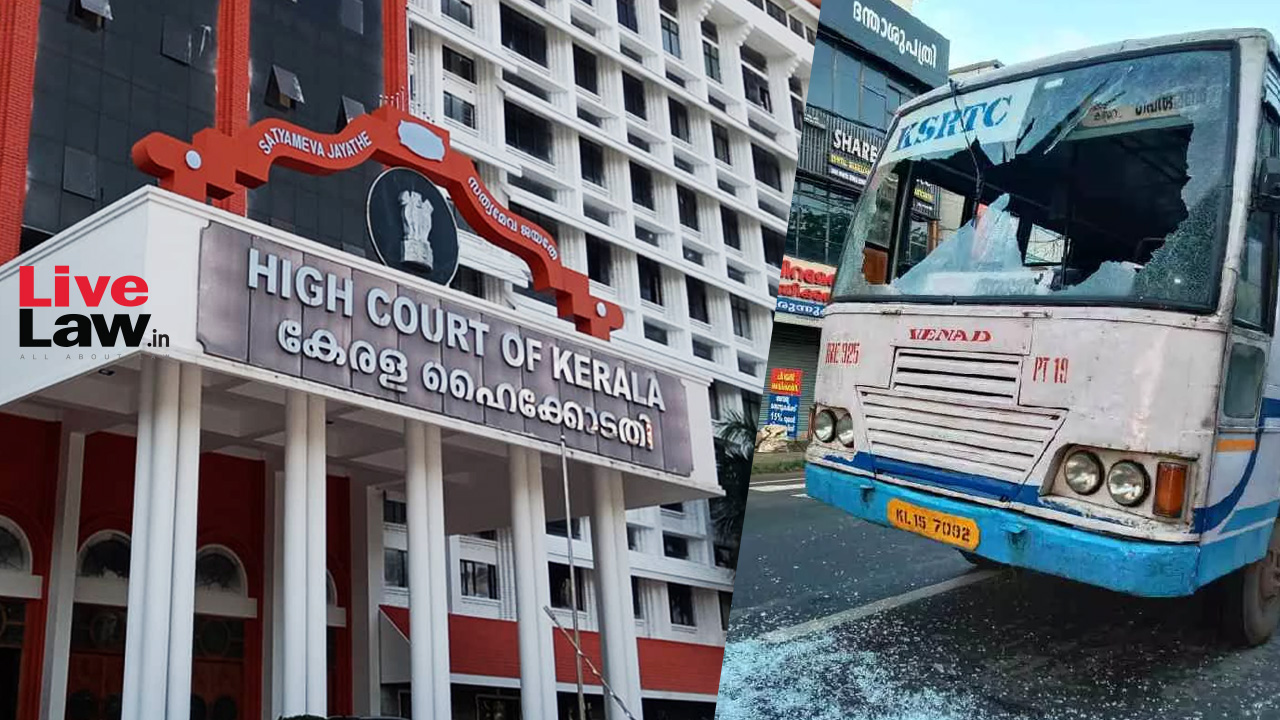 The Kerala State Road Transport Corporation moves Kerala High Court seeking directive to Popular Front of India to pay Rs. 5.06 Crores as compensation for the damages caused to the corporation during the flash hartal called the party in the state following the arrest of its leaders by the NIA.In the petition moved through the Standing Counsel for KSRTC, Advocate Deepu Thankan sought direction...

The Kerala State Road Transport Corporation moves Kerala High Court seeking directive to Popular Front of India to pay Rs. 5.06 Crores as compensation for the damages caused to the corporation during the flash hartal called the party in the state following the arrest of its leaders by the NIA.

In the petition moved through the Standing Counsel for KSRTC, Advocate Deepu Thankan sought direction to the Popular Front of India party to pay compensation to the KSRTC for the loss sustained by them.

It was averred in the petition that on 23rd September, the Popular Front of India (Respondents 12 and 13) called for a state-wide hartal without notice. KSRTC commenced its services as usual on that day as the corporation could not abruptly stop its operation as a large number of people depend on the services of KSRTC; furthermore, there was a direction by the State Police that law and order would be ensured. However, the hartal turned violent with the protesters pelting stones at the KSRTC buses smashing the windscreens and damaging the seats of 58 KSRTC buses that conducted the services in the South, Central and North zones, injuring ten employees and one passenger.

It is further submitted in the petition that the hartal was called for because the leaders of the Popular Front of India were arrested by the National Investigation Agency for alleged anti-national activities, and as the cause of the hartal was against the action of the Union government, there was absolutely no reason for the protesters to attack the buses owned by the KSRTC which is a state public sector undertaking. KSRTC was attacked by the protestors and hartal persons on many occasions in the past;  however, when the corporation filed cases under Prevention of Damages to Public Property, then KSRTC was able to function on hartal days without fail. Therefore, this sudden unforeseen action on the part of the PFI resulted in heavy losses to the corporation.

It is also submitted that police have registered over 50 FIRs on the basis of the complaints made by the concerned officers of the KSRTC.

It is further submitted that the KSRTC was bearing the losses incurred due to hartals and protests on their own on the previous occasion; however, due to the financial constraints faced by the corporation, it is not in a position to do the same. Even with the government's support, the KSRTC is struggling to stay afloat, and now a substantial amount is required to repair the 58 buses which were damaged.

KSRTC also suffered a loss of revenue due to the reduction of trips and schedules on the hartal day. A detailed list of losses incurred by the corporation has been provided along with the petition. It is submitted that KSRTC suffered a loss of Rupees 5.06 Crores on that day.

It is, therefore, averred in the petition that the massive loss incurred by the KSRTC is liable to be recovered from the perpetrators as the same was the result of their highly illegal and terrorizing act against the hapless general public and that they cannot wash their hands from the responsibility of payment of damages to the KSRTC.

The Kerala High Court had previously passed an order declaring that flash hartal are illegal, and seven-day notice is to be given before any hartal, and since the hartal called by the PFI party was against the earlier order passed by the Court, the Court had on 23rd September, impleaded the Popular Front of India and A. Goviundan Nair (Respondents 13 and 12) and initiated suo motu contempt proceedings.

Since KSRTC is not a party in the writ petition, the corporation also prays for the application filed for impleading the KSRTC as an additional respondent to be allowed.

The Single Bench consisting of Justice Devan Ramachandran had previously directed the State Government to inform how it proposes to recover from the Popular Front of India and its office bearers the losses caused to the KSRTC on account of the attacks against the buses and the loss of trips during the flash hartal called by the PFI party.