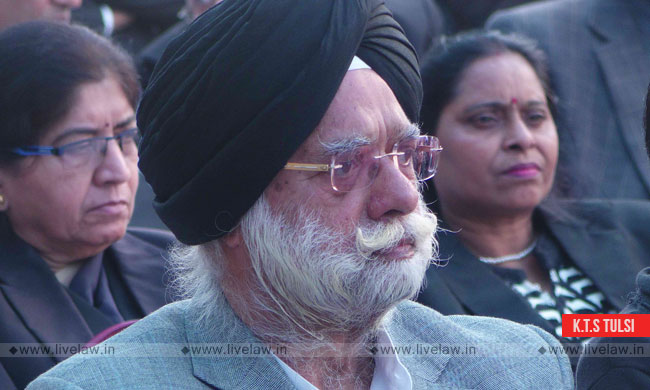 The Bill seeks to ensure protection of all vulnerable persons, including men and transgenders in addition to women, from sexual exploitation and punish sexual offenders of any sex or gender.

This is proposed to be done by amending the IPC provisions to make them gender neutral. For example, 'modesty' is sought to be defined as 'an attribute which attaches to the personality with regard to commonly held belief of morality, decency and integrity of speech and behavior, in any man, woman or a transgender' .

In the provisions dealing with sexual offences such as stalking, voyeurism, sexual harassment at work place, rape etc.,references to 'man' are sought to be replaced with 'whoever'.

Last year, the NGO 'Criminal Justice Society of India', of which Sr Adv Tulsi is the President, had moved a PIL in the Supreme Court seeking a declaration that provisions dealing with sexual crimes apply to every person alike without gender discrimination.

In its petition, the Society said "It is imperative to note that transgenders including but not limited to homosexuals &bisexuals, and men are sequestered from the point of view of victims of rape under the existing Penal Laws of the Country, despite an impending need for the same…as society matures, we must develop empathy for all and this includes male and transgender rape victims. Thus, breaking our silence on the issue of male and transgender rape and questioning social constructs that glorify machismo, reduce men and transgenders to stereotypes and force them to mask their feelings, is what we need."

It was further stated that "gender neutrality within rape statutes is the concept that the criminal law should recognize that both men and women can be rape victims as well as perpetrators. Gender neutrality within rape reflects modern understandings of the nature, effects, and dynamics of non consensual penetrative sex acts, and is an evidence-led means of appropriately labeling criminal conduct".

The Supreme Court bench of Chief Justice Ranjan Gogoi and Justice Sanjay Kishan Kaul, though observed that there was merit in the petition, declined interference on the ground that it was a matter for legislature to examine.

The  Bill drafted by Advocates Ashima Mandla and Faraz Khan mentions in its preamble that the Law Commission of India in its 172nd Report submitted in 2000 had proposed modifying rape laws to make them gender-neutral.