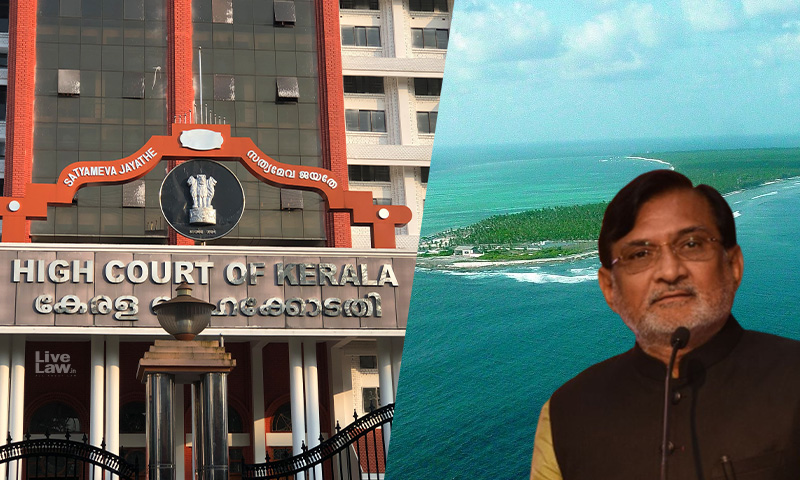 The Kerala High Court on Friday dismissed a Public Interest Litigation that challenged the decision of the Lakshadweep administration to close dairy farms and omit meat from the menu of mid-day meals in schools on the Lakshadweep islandsA Division Bench of Chief Justice S Manikumar and Justice Shaji P Chaly passed the order in a petition filed by a resident of the island, Advocate Ajmal...

A Division Bench of Chief Justice S Manikumar and Justice Shaji P Chaly passed the order in a petition filed by a resident of the island, Advocate Ajmal Ahmed against the reforms introduced by the new Administration in the Union Territory.

Standing Counsel for Lakshadweep Administration S Manu argued that the Court cannot interfere in such policy decisions taken by the Administration. The Court was convinced with this argument.

The Court had earlier stayed the operation of the two controversial orders passed by the Lakshadweep Administration under its new administrator Praful Khoda Patel.

The administration had justified the decisions stating that the functioning of dairy farms is resulting in a huge loss amounting to approximately ₹1 crore every year.

The petitioner had approached the Court in June 2021.

Advocate Peeyus Kottam representing the petitioner had contended that the decision of the administration to change the midday meals menu and shut down dairy farms on the islands infringe upon the ethnic culture, heritage, food habits and rights of the residents under Articles 19 and 300A of the Constitution of India.

He contended that inhabitants of Lakshadweep engaged mostly in Government activities to eke out their livelihood. The Administrator's direction to immediately close down all the dairy farms run by the Department of Animal Husbandry and holding auctions for this regard was contended to bring grave consequences to the people on the islands.

The same should be done to facilitate the islanders to understand the pros and cons of the regulations so that they can submit their objections against implementing such regulations.

It had therefore directed "food, including meat, chicken, fish and egg, and other items, prepared and served to the school going children of Lakshadweep, as done in the past, should be continued until further orders. To make it clear, the earlier system should continue".

It also directed that the functioning of the dairy farms should be continued until further orders as well.

However, after considering the counter affidavit filed on behalf of the Lakshadweep Administration which justified the policy decision, the Court dismissed the petition.

Several PILs had been filed before the Court regarding the new regulations proposed to be introduced in Lakshadweep under the new Administrator, Praful Patel.

The administrative reforms had led to great consternation among the island population and had led to protests.

The proposed regulations had been met with widespread condemnation from the people in both Lakshadweep and Kerala with the Kerala Assembly has to pass a unanimous resolution demanding that the new Administrator be recalled.

However, with this judgement, all PILs filed against recent administrative reform have been disposed of by the High Court in favour of the administration, as of today.