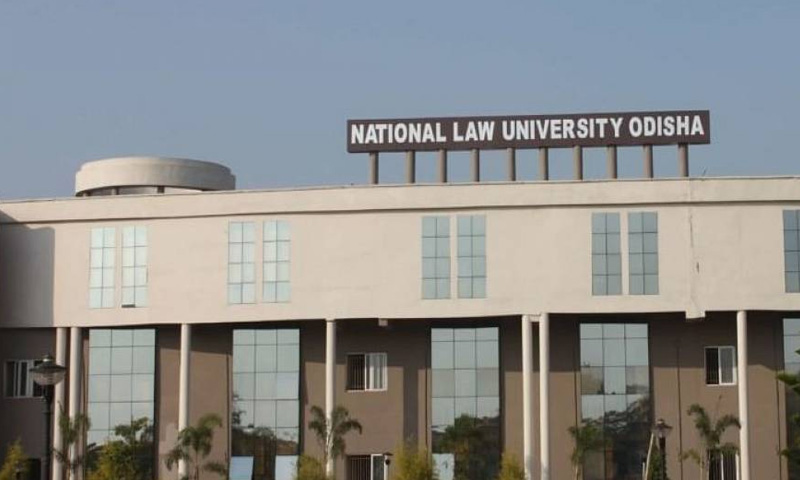 A second year law student belonging to the Scheduled Tribe community was found dead in the Girls' Hostel of National Law University Odisha (NLUO), in a suspected case of death by suicide.The student hailing from Haryana was reportedly found dead in her hostel room on Monday (April 4) night following which she was rushed to the S.C.B. Medical College and Hospital, Cuttack. However, the...

A second year law student belonging to the Scheduled Tribe community was found dead in the Girls' Hostel of National Law University Odisha (NLUO), in a suspected case of death by suicide.

The student hailing from Haryana was reportedly found dead in her hostel room on Monday (April 4) night following which she was rushed to the S.C.B. Medical College and Hospital, Cuttack. However, the doctors pronounced her dead on arrival.

The cause behind her alleged suicide has not yet been ascertained. The police authorities have reportedly initiated an investigation into the matter and have sent the body for a post-mortem examination.

The university administration informed the students via email that classes have been suspended for today. "Due to the sudden and unfortunate demise of one of our beloved students, the classes shall be suspended today i.e. 05 April 2022," read the official mail.

The death has shocked the student community at large in one of India's premier law schools. A group of students gathered for a protest meet in the campus at night alleging that the University administration has not extended any support or cooperation.

A student who preferred to be anonymous remarked,

"The university administration is complicit in her death. A campus wide mental health crisis is the result of unreasonable punitive actions, corruption in the administration and a lack of care about the welfare of marginalised students in the campus. Surabhi was absent for a few days from her classes. In fact,  many of the students have been depressed by the actions of the administration. This institution including the lecturers and the administration lacks care and empathy. Students are handled in an authoritarian fashion. The Vice chancellor must resign taking moral responsibility for this tragedy".

"Over the last few weeks, the students have been subjected to mental and physical agony. Our vice-chancellor, Ved Kumari's reign has been characterized by abuse, arbitrary decision making, and demonising the students. We were heartbroken, and grieving last night.  I cannot process this".

This is not the first time that students of NLUO have expressed their grievances against the administration. Back in July 2019, the student body had commenced an indefinite strike against various infrastructural concerns and unreasonable policies of the administration.

In a subsequent development, the Student Council of NLU Odisha has released a statement stipulating that while the issue was being raised and discussed with the Vice-Chancellor, she called the police on the students who had assembled peacefully. The press release further averred that at 8:30 pm yesterday, the unconscious student was carried by the students in an ambulance to the nearest hospital.

It was further stated that all subsequent efforts to soothe the petrified batchmates and panic-stricken students, arranging for food and relocation of traumatised batchmates and students were done by the student body only.

"The students of NLUO are expressing their grief at this moment. We have suffered a lot thus far, and have many issues at hand. We beseech you to allow us to grieve and give us time to process such an untimely loss of a fellow student. It is our sincere request that kindly wait for the Student Council to communicate any further developments while being sensitive to our situation in the university", the release read further.

Efforts to elicit an official response from the Vice Chancellor and the University administration had not succeeded at the time of publication. After the report was published, the University Registrar responded to state that the suicide was linked to depression and not due to any pressure from the administration. Separate report carrying the Registrar's response may be read here.

According to a recent report by the NCRB, students suicide have been on the rise in India which spiked to a new high of 12,526 in 2020.