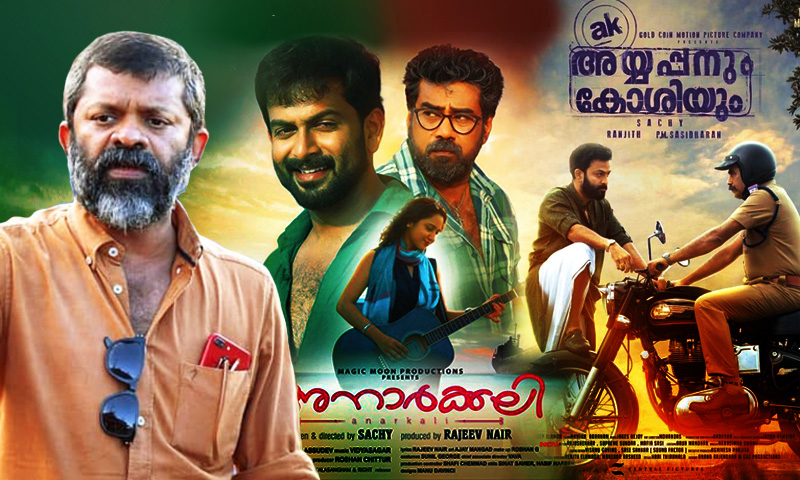 He passed away on Thursday night due to cardiac arrest.

The last film written and directed by him, 'Ayyappanum Koshiyum', is one of the biggest hits among Malayalam films this year, and received rave reviews from critics and general audience.

Before pursuing his passion for films, Sachy practiced criminal law in the High Court of Kerala for about 8 years.

His mortal remains were kept at the Kerala High Court Advocates Association Chamber Complex from 9.30 am to 10 am. Sachy, an alumnus of Government Law College, Ernakulam, had a lot of friends in the legal fraternity, who were shocked and saddened at his untimely demise.

Many persons, including judges and advocates, visited the Chamber Complex to pay final tributes to Sachy.

He made his debut as independent writer in the 2012-Mohanlal starrer Run Baby Run.

In 2015, he made his directorial debut with Anarkali, a love story set in the backdrop of Lakshadweep. The film starring Prithviraj was well received.

His last film, Ayyappanum Koshiyum, released in February 2020, was a story of two characters trying to outsmart each other in a game of one-upmanship. Set in the backdrop of Attappadi tribal hamlet, the film had metaphorical references to class struggles and the power dynamics between the oppressors and oppressed.