"Got Influenced By Republic Bharat": Vibhor Anand Granted Bail As He Showed Repentance For His Defamatory Posts On SSR Death & CM Thackeray 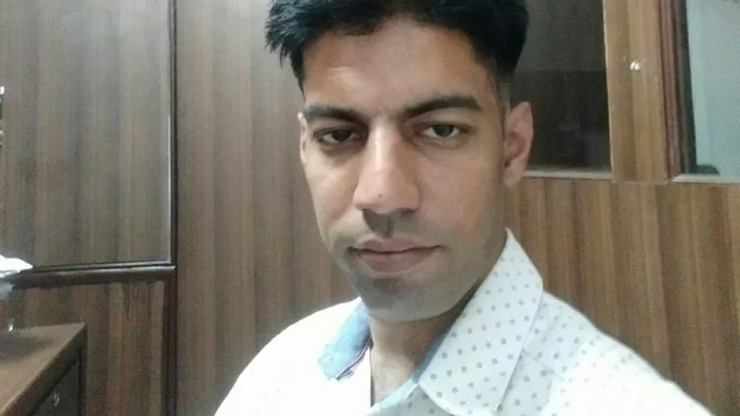 The Mumbai Sessions Court on Monday granted bail to Advocate Vibhor Anand, accused of posting objectionable tweets against CM Uddhav Thackeray and others, after admitting that he got influenced by Republic TV and its anchor who stated that both Sushant Singh Rajput and Disha Salian had been murdered and named various persons involved in the alleged murders.Additional Sessions Judge DE...

The Mumbai Sessions Court on Monday granted bail to Advocate Vibhor Anand, accused of posting objectionable tweets against CM Uddhav Thackeray and others, after admitting that he got influenced by Republic TV and its anchor who stated that both Sushant Singh Rajput and Disha Salian had been murdered and named various persons involved in the alleged murders.

Additional Sessions Judge DE Kothalikar allowed the bail application after noting that the applicant accused's lawyer had admitted that his client was repenting what he did and will tender an apology online. Court directed the accused to be released after executing a personal bond of Rs.50,000.

The 30-year old resident of Delhi, Vibhor Anand was arrested in relation to objectionable tweets against Maharashtra Chief Minister Uddhav Thackeray and others and also for allegedly spreading false conspiracy theories about the death of actor Sushant Singh Rajput and Disha Salian by the cyber cell of the Mumbai police.

According to the prosecution, Anand posted some objectionable tweets against the Chief Minister, Tourism Minister, Maharashtra and defamed them. By posting such tweets, the applicant has committed breach of public peace, police alleged.

The applicant told the Court that he being an advocate watches various TV channels and particularly the channel known as 'R Bharat'. While watching the channel he came across with statements made by the anchor that Sushant Singh Rajput has been murdered only because of the murder of Disha Salian. He (the anchor) had uttered names of various persons on the said channel being the persons responsible for the death of Sushant Singh and Disha Salian.

Furthermore, applicant's lawyer Advocate Ashok Saraogi submitted that upon hearing such statements made by the anchor, the applicant had been made to believe that those persons have committed murder of Disha Salian and that it was not case of suicide. According to the applicant accused he had no intention to defame the reputation of any person.

APP Siroya opposed the bail application and submitted that without verifying the truthfulness of the information received by him, the accused had made defamatory statements by posting them on twitter, Youtube and other social media.

The applicant has a tendency to cause interference in the judicial system. He had published a blog in the name of News Brad on News Portal on March 25, 2020. Earlier also his twitter account was suspended but it was reactivated by the applicant. The investigation as to the funds collected by the applicant for the trust namely India Against Buyers Media is in progress. Investigation is required to be made on the point of connection of the applicant with the co accused. Further, if the applicant is released on bail he would delete the post which is posted on social media, APP Siroya submitted praying for rejection of the bail application.

Advocate Saraogi contended that he does not dispute the fact that the applicant has posted the disputed post on social media. However, the applicant and his father (who was present before the court) would post separate posts on social media and would tender an apology. Moreover, hereinafter the applicant would not repeat such an act, which would defame others, Saraogi said.

Court rejected Advocate Saraogi's submission that similar allegations have been made by former CM Narayan Rane and his son Nitesh Rane and submitted that those persons have not been prosecuted by the prosecution. Judge Kothalikar noted-

Thus, bail application was allowed and Court noted that the applicant accused must follow the statement made by his lawyer of tendering apology within seven days of the order.