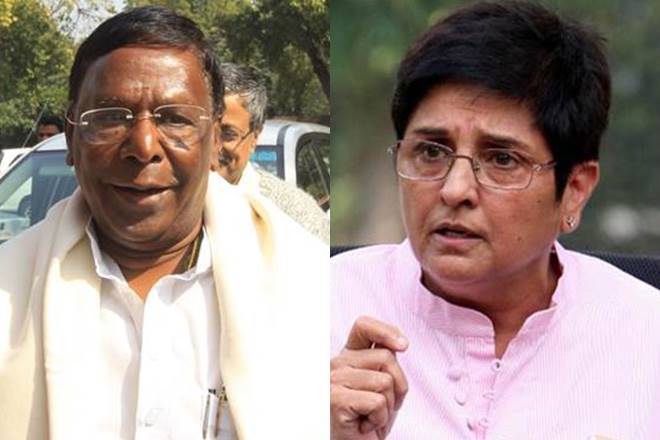 x
"The popularly elected Government of Puducherry no doubt represents the will of the people, as Edmund Burke said "In all forms of government, people are the true legislators", but on the other hand, the Legislature should remind itself of what Montesquieu said "It is the job of the legislature to follow the spirit of the nation, provided it is not contrary to the principles of government."
Your free access to Live Law has expired
To read the article, get a premium account.

Government headed by the Chief Minister and the Administrator/Lieutenant Governor of Puducherry shall work in unison and not in division, observed the division bench of the Madras High Court while it set aside a single bench judgment that had held that the Lieutenant Governor (LG) does not have the right to interfere in the daily affairs of the elected government of Puducherry, the Madras High Court has ruled.

The single judge, while disposing of a petition filed by Puducherry Raj Bhavan MLA K Lakshminarayanan, had held that the Administrator is bound by the aid and advice of the Council of Ministers in matters where the Legislative Assembly is competent to enact laws as contemplated under Section 44 of the Government of Union Territories Act, 1962 though she is empowered to differ with the views of the Council based on some rationale which raises a fundamental issue regarding the action of the Government.

Allowing the appeal filed by the Union of India, the division bench comprising of the Chief Justice AP Sahi and Justice Subramonium Prasad observed thus:

While setting aside the single bench judgment, the court said that the basis of parallel drawn between a State and a Union Territory by the Single judge was not appropriate.

"We hold that the impugned judgment on the basis of parallel being drawn between a State and a Union Territory was not appropriate for all the reasons aforesaid and the same cannot be achieved by a decree of Court of law, the reasoning being not far to see that under the Constitution it is only the Parliament which can by law grant such equal status.