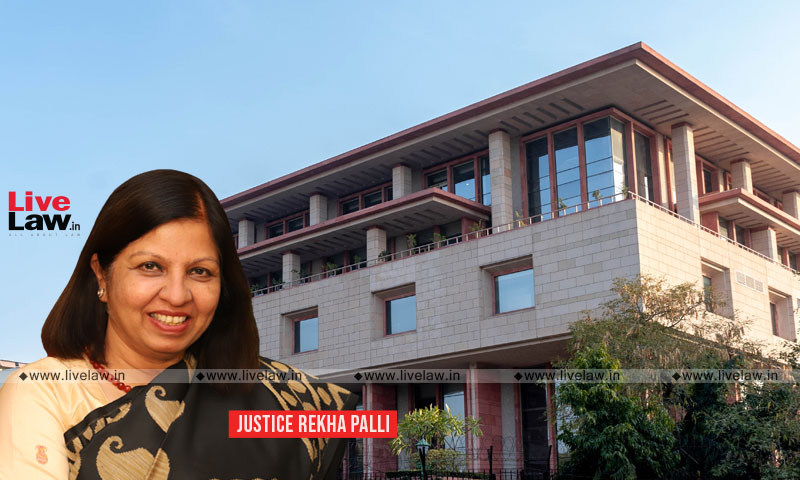 The Delhi High Court has remarked that it expects a little more sensitivity from the Delhi Government when it is dealing with claims for reimbursement of medical expenses of senior citizens who are their own retired employees.Justice Rekha Palli set aside the order dated March 1, 2021 passed by the Government of NCT of Delhi rejecting the claim of the petitioner, a retired Judicial Officer of...

The Delhi High Court has remarked that it expects a little more sensitivity from the Delhi Government when it is dealing with claims for reimbursement of medical expenses of senior citizens who are their own retired employees.

Justice Rekha Palli set aside the order dated March 1, 2021 passed by the Government of NCT of Delhi rejecting the claim of the petitioner, a retired Judicial Officer of the Delhi Judicial Service and a member of the Delhi Government Employees Health Scheme, for reimbursement of a sum of Rs.4,27,276 towards the amounts spent by him for treatment of his wife.

The petitioner's wife was diagnosed with from Cholongio Carcinoma, a rare form of cancer and was advised to undergo proton therapy at Apollo hospital, Chennai.

He had then approached the High Court by filing another petition seeking directions on the Delhi Government to grant permission to his wife for taking treatment at Apollo Hospital, Chennai.

It was the petitioner's case that even though the government had conveyed its no objection for his wife to undergo the said treatment, however the said permission could not be availed on account of rapid increase in the Covid-19 cases.

After condition of the petitioner's wife started deteriorating in September 2020, she was admitted in Medanta Hospital, Gurugram and was discharged with a bill of Rs.4,27,276.

It was thus the petitioner's case that the impugned order was passed without assigning any reasons by merely stating that the hospital was not an empanelled hospital under the DGEHS scheme of which the petitioner is a member.

It was argued by the petitioner that the Delhi Government had ignored its own office memorandum dated 28.07.2010 stating that the beneficiaries under the DGEHS scheme would also be entitled to avail medical treatment in Central Government Health Scheme empanelled hospitals outside Delhi.

It was further argued that once it was an admitted position that the Medanta Hospital was empanelled under the CGHS, his claim could not have been rejected.

On the other hand, it was submitted by the Delhi Government that once the hospital was not empanelled under the DGEHS, it cannot be faulted for not accepting the petitioner's claim for reimbursement. Furthermore, it was submitted that even though Medanta Hospital was empanelled under the CGHS, the petitioner was a member of the DGEHS therefore, could not seek reimbursement for the expenses incurred at the said Hospital.

"In my view this explanation runs in the teeth of the specific provisions of the OM which undoubtedly meant to cater to a situation where a beneficiary under the DGEHS can be permitted to take treatment in a hospital outside Delhi provided it is empanelled with the CGHS. The said provision being a welfare provision has to be given its full effect and the respondent no.1 could not simply reject the petitioner's claim on the ground that the Medanta Hospital, Gurugram is not empanelled under the DGEHS."

Noting that the order was liable to be set aside, the Court said that when the petitioner's wife was taken treatment at a hospital outside Delhi which was empanelled with the CGHS in a state of medical emergency, the Delhi Government's decision to reject the claim was clearly arbitrary and illegal.

"The writ petition is therefore allowed by setting aside the impugned order dated 01.03.2021. The respondent no.1 is directed to forthwith release the amount of Rs 4,27,276/- to the petitioner within a period of two weeks from today. The said release would however be subject to the verification of the bills submitted by the petitioner as per the laid down procedure," the Court ordered.

The Court also expressed it's anguish in the manner in which the Delhi Government rejected petitioner's claim terming it to be a "wholly cryptic and non-speaking order" passed without considering the effect of its own office memorandum.