Recommendations To 230 High Court Vacancies Yet To Be Received From HC Collegiums: Law Ministry 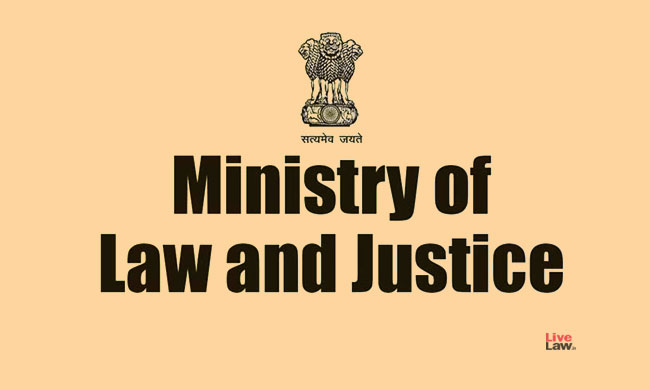 It was stated that the Government is committed to filling up vacancies expeditiously in a time-bound manner. It was added that as on 14.03.2022, against the sanctioned strength of 1104 Judges in the High Courts, 699 Judges are in position, leaving 405 vacancies of Judges to be filled.

Law Minister Kiren Rijiju mentioned that the sanctioned strength of Judges of High Courts has increased from 906 in 2014 to 1104 in 2022.

The aforesaid information was provided in response to the questions raised by MPs Kotha Prabhakar Reddy, Vanga Geetha Viswanath and V.K. Sreekandan.regarding the judicial infrastructure in the country.

The following questions were also raised by the MPs:

In this regard, the Law Minister responded that State and Union Governments have been implementing a Centrally Sponsored Scheme for Development of Infrastructure Facilities in district and subordinate courts since 1993-94. He informed that the Scheme covers construction of court buildings and residential accommodation of Judicial Officers of district and subordinate courts. The Scheme has been extended from time to time and last been extended from 2021-22 to 2025-26 with a total financial outlay of Rs. 9000 crores including Central Share of Rs 5307.00 crore, he added.

In addition to this, he also mentioned,

Further, he informed that the Supreme Court's Registry has compiled data on the status of judicial infrastructure and court amenities. He added that a proposal has been received from the Chief Justice of India for setting up the National Judicial Infrastructure Authority of India for arrangement of adequate infrastructure for courts, as per which there will be a Governing Body with CJI as Patron-in-Chief.

"The other salient features of the proposal are that NJIAI will act as a Central body in laying down the road map for planning, creation, development, maintenance and management of functional infrastructure for the Indian Court System, besides identical structures under all the High Courts. The proposal, as received from the Hon'ble Supreme Court of India, has been sent to the various State Government/UTs, as they constitute an important stakeholder, for their views on the contours of the proposal to enable taking a considered view on the matter."