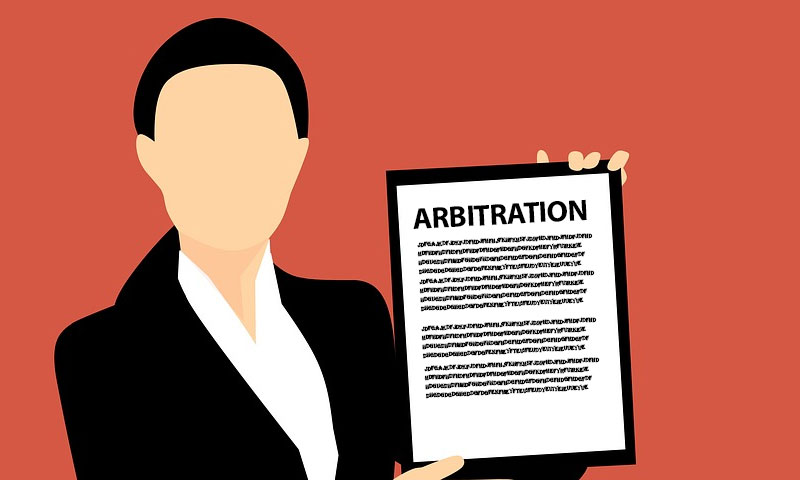 The Lok Sabha on Friday passed the Arbitration and Conciliation (Amendment) Bill, 2021 by voice vote. The Bill was introduced in the Lok Sabha on February 4, 2021 by Law Minister Ravi Shankar Prasad. It is already in force by way of an Ordinance promulgated on 4th November, 2020. It seeks to amend the Arbitration and Conciliation Act, 1996 so as to (i) enable automatic stay on awards...

The Lok Sabha on Friday passed the Arbitration and Conciliation (Amendment) Bill, 2021 by voice vote.

The Bill was introduced in the Lok Sabha on February 4, 2021 by Law Minister Ravi Shankar Prasad. It is already in force by way of an Ordinance promulgated on 4th November, 2020.

It seeks to amend the Arbitration and Conciliation Act, 1996 so as to (i) enable automatic stay on awards in certain cases and (ii) specify by regulations the qualifications, experience and norms for accreditation of arbitrators.

As per the statement of objects annexed to the Bill:

"In order to address the issue of corrupt practices in securing contracts or arbitral awards, a need was felt to ensure that all the stakeholder parties get an opportunity to seek unconditional stay of enforcement of arbitral awards, where the underlying arbitration agreement or contract or making of the arbitral award is induced by fraud or corruption.

Also to promote India as a hub of international commercial arbitration by attracting eminent arbitrators to the country, it was also felt necessary to omit the Eighth Schedule of the Act. In the light of above circumstances, it has become necessary further to amend the Arbitration and Conciliation Act, 1996."

In the present regime, a party may file an application before the Court under Section 34 of the 1996 Act for setting aside of an arbitral award. However, after the 2015 amendment to (Section 36 of) the Act, an automatic stay would not be granted on operation of the award by mere filing an application for setting it aside.

The Bill clarifies that a stay on the arbitral award may be granted by the Court, even during the pendency of the setting aside application, if it is prima facie satisfied that the relevant arbitration agreement or contract/ making of the award was induced by fraud or corruption. This shall be deemed effective from October 23, 2015.

Schedule VIII to the principal Act specifies certain qualifications, experience, and accreditation norms for arbitrators. These requirements include that an arbitrator must be: (i) an advocate under the Advocates Act, 1961 with 10 years of experience, or (ii) an officer of the Indian Legal Service, among others.

The Bill seeks to omit Schedule VIII and states that qualifications, experience and norms for accreditation of arbitrators shall be specified by Regulations.

Cutting across party lines, most members appreciated the Government for proposing to omit the 8th Schedule as it will attract eminent international arbitrators to the country and further the goal of making India a hub of international commercial arbitration.

However, there was widespread opposition with respect to proposed amendment to Section 36, which provides automatic stay of award.

Prof. Sougata Ray, AITC said that it is very easy for the losing party to allege corruption and obtain an automatic stay on enforcement of the arbitral award. Thereafter, the parties will have to wait for enforcement till final disposal by the Court. This, he said, defeats the very objective of alternate dispute mechanism by drawing parties to Courts and making them prone to prolonged litigation.

Pinaki Misra, BJD, said that by the proposed amendment to Section 36 of the Act, Government is creating an 'illogical hierarchy' in the law. He pointed out that Explanation 1(1) to S. 34(2)(b) of the Act already covers agreements induced by fraud/ corruption and thus, there is no need to make the Act more complicated.

Other issues raised with respect to proposed amendment to Section 36 of the Act:

Several members also asked the Government as to what was the urgency to promulgate an Ordinance for making the amendments.

Responding to the debate, the Law Minister said that omission of Schedule VIII of the Act will give greater flexibility to the Arbitration Council of India and will help in promoting institutional arbitration.

He informed the House that the proposed amendment to Section 36 of the Act, despite use of words Fraud/ corruption in Section 34, was necessary as the latter does not provide for an "automatic stay" of the award.

He also clarified that the said stay on the award shall not be unlimited but will operate only till disposal of application for setting aside under Section 34 of the Act, by the Court. Moreover, parties may file an appeal for setting aside such stay.

So far as the exigency to introduce an ordinance is concerned, he said that there were uncertainties as to whether the Parliament session will be conducted or not, due to the Covid-19 pandemic. Furthermore, the Government wanted to promptly prevent collusive attempts of parties to seek benefit of an award tainted with corruption.