A State Running Lottery Has No Right To Interfere With Sale Of Other-State Lotteries : Kerala High Court 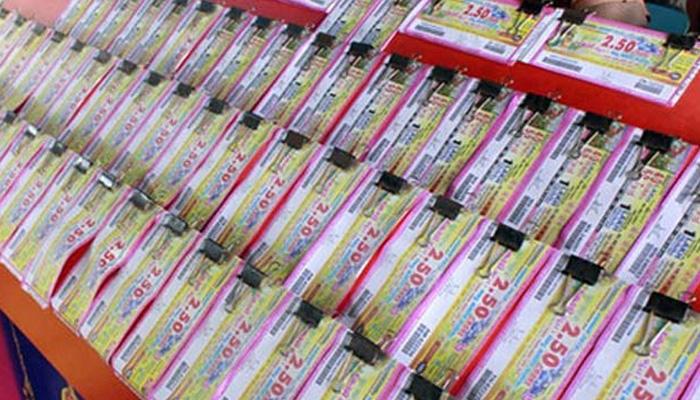 x
The Central Government alone has the power to regulate, control and interfere with lotteries.

The Kerala High Court has quashed the rules brought by the Kerala government to regulate sale of other-state lotteries holding that the state government lacked such a power under the Lotteries(Regulation) Act 1998 which is passed by the Parliament.

"No state can exercise its authority by making Rules in such a way to impact upon authority of other States to organise, conduct and promotion of lottery. That power is exclusively given to the Central Government under Section 6(of Lotteries Regulation Act). The Central Government alone has the power to regulate, control and interfere with lotteries, if it is run in violation of law", observed the judgment delivered by a single bench of Justice A Muhamed Mustaque.

The verdict came in a writ petition filed by an agent selling lotteries of the State of Nagaland in Kerala(Future Gaming and Hotel Services Pvt Ltd vs State of Kerala and others). The petitioner challenged the amendments brought by the Kerala Government in 2018 to the Kerala Paper Lotteries(Regulation) Rules, 2005, which gave power to Kerala government authorities to regulate and control lotteries run by other states.

The Court noted that the Kerala Paper Lotteries(Regulation) Rules, 2005 was framed by the State Government in exercise of powers delegated to it by Section 4 of the Lotteries(Regulation Act) 1998, which is a Central Act. Section 4 confers powers on the State to "organize, conduct and promote a lottery". On an examination of various provisions of the Lotteries Act, the Court came to a conclusion that the rule making power of the State does not extend to interfering with the sale of other-state lotteries when the State itself is engaged in lottery business.

The power conferred on the State Government is a delegated power. The Parliament alone has exclusive power to make laws with respect to lotteries as seen from Item No.40 of List I-Union List, Seventh Schedule of the Constitution of India.

Reference was made to the SC precedent in the case All Kerala Online Lottery Dealers Association v. State of Kerala and Others(2016).

Therefore, the bench held that the power to interfere with other-state lotteries can be excercised only if the state is declared as a no-lottery zone.

"The power to interfere with other State lotteries is only to the extent of prohibition of sale of lottery tickets. That is only possible if the State has declared it sterritory as a lottery free zone. In that background, the Court has to conclude the nature of the power that can be exercised by States under the Central Act 17 of 1998 as follows:

i. Formulate Scheme of their own lottery conducted, promoted in accordance with Section4 of the Central Act 17 of 1998.

ii.The prohibition of the sale of tickets if the State has chosen its territory as alottery free zone."

The power to interfere with other State lotteries is only to the extent of prohibition of sale of lottery tickets. That is only possible if the State has declared its territory as a lottery free zone. The power conferred on the State under Section 5 is the only power of prohibition of sale of tickets of other State lotteries. That means the State Government has no power to interfere with organising, conductor promotion of lottery by other states.

Examining the scheme of the Act, the High Court observed that the Central Government has the role of a 'neutral arbiter' to resolve the tensions created between states due to lottery selling. This is in tune with the spirit of federalism. The Court noted that lottery sale has become a means for revenue generation for states. Therefore, competition is bound to happen between states in lottery sales, which might lead to tensions.

"The lottery is a revenue model. The revenue generated through the sale of the lottery has become a new market model for fiscal governance by different States. This creates tensions. The State Governments are very ambitious not only to protect their own market interest but also want to see that lottery tickets of other -States do not penetrate into their own territorial market", the Court observed.

In that backdrop, giving one state unilateral power to regulate other-state lotteries while it is engaged in lottery sale is bound to create conflict of interests.

This power of Central Government is derived from Section 6 of the Act.

The Court quashed the amended rules as ultra vires the Central Act and held them to be unenforceable.

Consequently, the Court declared that the petitioner has every right to sell and market the lotteries organised by the State of Nagaland in the State of Kerala.

The State of Kerala has to be restrained with the right of the petitioner to market and sell the lotteries organised by the State of Nagaland, the court said.

In 2018, the Kerala High Court had quashed an amendment brought by the State Government under the GST Rules to regulate other-state lotteries. It was held in that case(Teesta Distributors & Others v. State of Kerala) that the State has no power to constitute one more authority under the Kerala State Goods and Services Tax Rules to enter satisfaction of the violation of lotteries conducted in accordance with the Central Act 17 of 1998.

The Finance Minister, Dr.Thomas Issac, said that the government will appeal to the division bench against the verdict. He said that the amendments were brought to control the "lottery mafia".