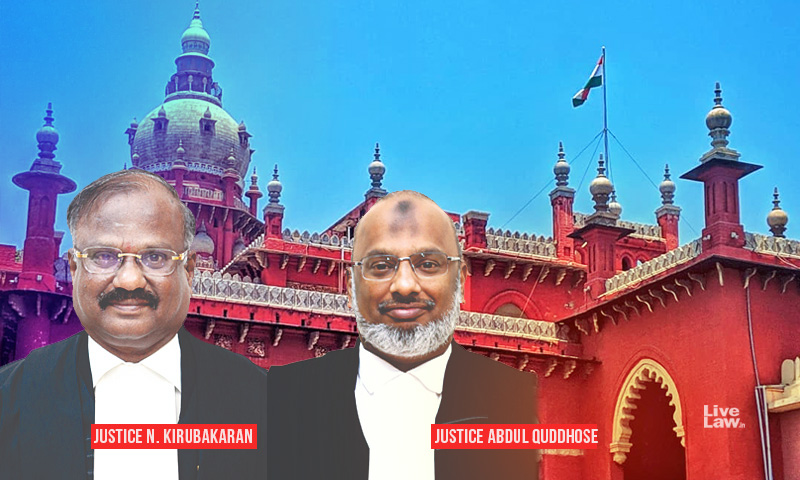 The Madras High Court on Tuesday made crucial observations for providing housing units to all families in India and said that "the government has got power to put restrictions to buy properties till "Housing for all" is achieved".

In this regard the bench of Justice N. Kirubakaran and Justice Abdul Quddhose has asked the Central govt why it has not initially prohibited the purchase of more than one housing unit in urban area viz., Corporation/Municipality/Town Panchayat limits.

The court said that even though Right to own property by citizens is a constitutional right under Article 300A, people must understand that accumulating multiple properties affects housing prices, leading to further deprivation of the unprivileged section of the society.

"Though single housing unit is enough for a family, considering the future of the children, a family can be allowed to have an additional housing unit on payment of additional charges and the third unit should be completely prohibited. By this restrictions, not only the price of housing units will come down but the persons who do not have sufficient means to purchase housing units will be in a position to purchase the property. It will go in a long way preventing the real estate people from converting the agricultural land into commercial properties or housing properties and thereby the agricultural lands can also be saved."

It further added that these restrictions will definitely reduce "mindless exploitation" of natural resources like sand, water, trees etc.

The bench also noted that people were not being "straight forward" in disclosing the number of houses they possess, as a meager 6537 people had admitted to owning more than one self occupied house.

The observations were made in an appeal filed by the Requisition body viz., the Tamil Nadu Housing Board against the order of the Single Judge, quashing the land acquisition proceedings for non-compliance of Sections 4(1) and 6 of the Land Acquisition Act by the State.

These provisions stipulate that a notification under Section 4 (1) of the Act for acquisition of land should be publicized in two Newspapers which are "widely" circulated in that area.

The division bench noted that even though the govt. authority had published the notification in two newspapers, one of the newspapers namely "Pirpagal" was not widely circulated in the concerned area, as earlier held in Arumugha Mudaliar v. State of Tamil Nadu, (2002) 1 MLJ 459. Accordingly it observed,

Reliance was placed on Special Deputy Collector, Land Acquisition CMDA v. J.Sivaprakasam & Ors., (2011) 1 SCC 330, wherein it has been held that failure to publish in two daily newspapers which have no wide circulation in that locality make the notification under Section 4(1) of the Act and the consequential acquisition proceedings vitiated.

Nevertheless, the court recognized the "earnest efforts" made by the authorities to provide houses to the general public and economically weaker sections by way of land acquisition proceedings. It said,

"Housing is the basic need and many people are without shelter. Here is a case in which the attempts made by the Government to acquire lands for the purpose of allotting housing units to general public have been made futile because of the negligence on the part of the officials in complying with the provisions of land acquisition to be followed at the time of acquisition."

The court was informed that these irregularities were a result of lack of a dedicated team for land acquisition, having full time officials. Therefore, it advised the govt. to set up a separate wing to look into matters of land acquisition.

"In the absence of infrastructures and supporting staff, the provisions of the land acquisition Act could not be complied with by the inadequate strength of the officials. Therefore, the Government should ensure that for land acquisition proceedings, a separate wing has to be created so that there will not be any lacunae or noncompliance of the provisions of the Act, while acquiring land for public purposes," it said.

The bench also said that the officials concerned should be sensitized about the strict provisions of the land acquisition Act, to ensure that courts are not forced to quash land acquisition proceedings initiated for laudable purposes, for administrative reasons or due to non-compliance of the Act.

Lastly, the bench said that it would like to go into the larger issue of providing housing unit to all families in India and to that end it impleaded the Union of India as a party to the proceedings. The court went on to frame 15 questions inquiring into the housing ratio, housing schemes, restrictions on purchasing more than one house, etc., and asked the Respondents to file their replies March 6, 2020.