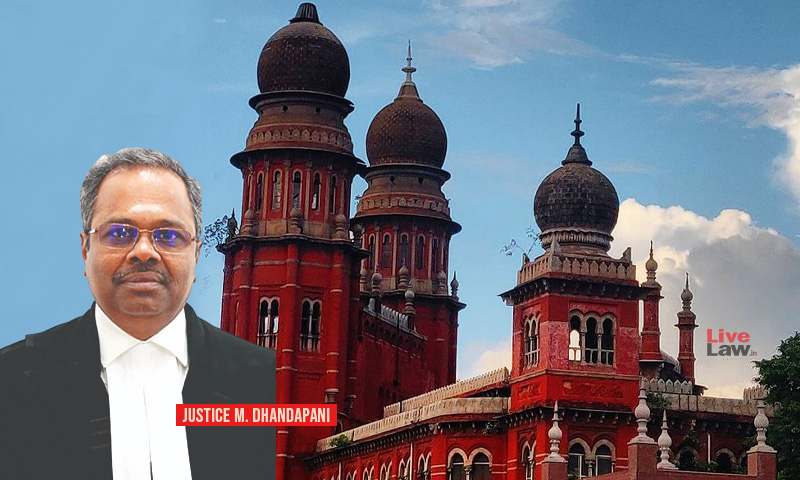 The Madras High Court on Monday directed the Ministry of Home Affairs to frame appropriate laws within 3 months with regards to illegal immigrants who repeatedly commit petty offences in order to continue inhabiting within the territorial limits of the country. The Court observed that the Union must ensure that such illegal immigrants are immediately deported back to their country of origin...

The Madras High Court on Monday directed the Ministry of Home Affairs to frame appropriate laws within 3 months with regards to illegal immigrants who repeatedly commit petty offences in order to continue inhabiting within the territorial limits of the country. The Court observed that the Union must ensure that such illegal immigrants are immediately deported back to their country of origin on completion of their sentence.

"Insofar as petty offences being committed by illegal immigrants repeatedly for the purpose of staying within the territorial limits of the Indian sub-continent is concerned, the 3rd respondent is directed to explore the possibilities of framing appropriate laws to keep the illegal migrants as prisoners within the confines of the detention camps/holding camps by earmarking specific areas within the detention camps/holding camps so that immediately on completion of the sentence by such of those persons, the said individuals could be deported back to their country of birth"

The Court further directed the Director General of Police (DGP), Tamil Nadu to create a separate wing in each district to monitor the movement of the foreign nationals within the said district in relation to the report submitted by the concerned jurisdictional police authorities.

In the instant case, the Court was adjudicating upon a batch of petitions wherein bail was sought by persons belonging to different nationalities such as Srilankan, Nigerian, Chinese, Iranian and Bangladesh who had either overstayed their visa period or had entered the country vide illegal means. Various criminal complaints had also been lodged against these petitioners for committing petty offences for which they were currently pending trial.

The Court reprimanded the practice of repeated offences being committed by these illegal immigrants and accordingly observed,

"This Court felt that this is not a case in isolation, where, persons of different nationalities, under the guise of business/employment/tourist enter the country and overstay the visa period, without resorting to have their visa extended and that many forms of crimes are perpetrated by such of those individuals, which shake the economic stability, peace and tranquility of the country, this Court felt that such acts should be nipped in the bud, else the same would have major ramifications, not only to the economic stability, but also to the security of the country and that acts of such individuals casts a serious shadow on the persons doing legitimate business, in the interest and welfare of the nation and its economic stability and also for the purpose of weeding out such unscrupulous elements."

On August 16, 2021 the Court had taken on record a comprehensive memo filed by the Centre detailing the total number of foreign nationals, who are overstaying their visa period, as provided by the Foreigners International Check Post data. Furthermore, pursuant to the earlier directions of the Court, the DGP Tamil Nadu had filed a compliance report specifying the list of foreigners who had overstayed beyond their visa period for the period between January 1, 2019 to January 1, 2020.

The Court further proceeded to refer to a host of guidelines issued by the Ministry of Home Affairs pertaining to the procedure for deportation of foreign nationals and also setting up of detention camps in order to restrict their movement.

Furthermore, the Court noted that despite exhaustive guidelines being farmed by the Centre, the State government had failed to take any 'positive action' to identify illegal immigrants and make arrangements for their deportation on an immediate basis.

"From the above sequence of communications, it is amply evident that exhaustive guidelines have been framed for identification and deportation of illegal migrants and persons who are overstaying their visa period. But inspite of the exhaustiveness of the said guidelines, still there seems to be 13,289 who have been said to be overstaying their visa period, as provided by the International Check Post. The said number only pertains to the districts of Chennai, Trichy, Coimbatore and Madurai. The above number reflects of the enormity of the persons, who are illegally staying in the country without any valid permission and who are to have been deported on the basis of the guidelines issued by the Ministry of Home Affairs. But, there seems to be no positive action coming from the side of the State Government in identifying the foreign nationals, who are staying within the State without holding a valid permission/visa."

It was also observed that some of the petitioners had already served their sentence, however they had continued to reside in the country without any valid documents for over a decade. Opining that such acts of illegal immigrants jeopardise national security, the Court observed,

"The act of such unscrupulous individuals poses a great risk and threat to the security and sovereignty of the country. In spite of very many circulars issued by the Central government, however, no plausible and useful steps have been taken by the law enforcing agency to secure the persons, detain them at the detention camps/holding centres and, thereafter, through the formulated process, deport those individuals back to their country of origin."

The Court further observed that the concerned authorities such as the FRRO/ICP and the State law enforcing agency have failed to abide by the guidelines of the Ministry of Home Affairs pertaining to deportation/repatriation of the foreign nationals thereby jeopardising the 'security of the motherland.'

"The facts, as has unfolded before this Court clearly reveals that all is not well and that there is no coordinated effort from the Governmental machinery and the law enforcing agency to strictly adhere to the guidelines issued in this regard, which has paved the way for illegal migrants continuing to stay over in this country and indulge in nefarious activities", the Court remarked.

The Court further lamented that such illegal migrants in a bid to circumvent deportation procedures continue to stay in the country by resorting to petty crimes and serving simple sentences thus threatening the security of the country.

In order to ensure that the 'menace' of illegal immigrants and foreign nationals overstaying their visa period is put an end to, the following directions were issued by the Court,

i) The FRRO/ICP shall communicate fortnightly, the entry of any foreign national within the State with details of the Passport and visa as also their nationality to the State Law Enforcing Agency;

ii) Insofar as the illegal migrants are concerned, who are identified by the State Law Enforcing Agency, they shall be forthwith sent to the detention camps/holding centres as per the guidelines framed by the Ministry of Home Affairs as noted above;

v) The Law Enforcing Agency of the State shall take steps to identify the foreign nationals, who are lodged in various prisons throughout the State, as also the illegal migrant, confined in prison for any crime and take appropriate steps to have the person deported to his/her country of birth immediately on completion of the sentence;

vi) Insofar as any foreign national, who is lodged in various prisons throughout the State for certain criminal acts committed by them during their visit to the country is concerned, steps shall be taken by the concerned authority to have the person deported to his/her country of birth immediately on completion of the sentence;

viii) Insofar as serious crimes committed by illegal migrants/foreign nationals who are staying in the country without valid permission, the guidelines issued by the Ministry of Home Affairs as to their deportation should be scrupulously adhered to and necessary action for ascertaining their nationality and deportation formalities should be completed prior to the release of the said persons from confinement and they should be directly deported back to their country of birth without even moving them to the detention camps/holding centres, in order to avoid escapement,

ix) Insofar as the foreign nationals/illegal immigrants who are serving prison sentence, the concerned authority and Law Enforcing Agency shall coordinate and take necessary steps for deportation of such of the foreign nationals/illegal immigrants by taking action three months prior to the release of the persons in accordance with the guidelines issued by the Ministry of Home Affairs.

The Court also refused to grant bail to the petitioners considering the gravity of the allegations against them and accordingly observed,

"In view of the very many grave nature of the allegations against the petitioners and also their status with regard to their stay within the Indian territory without valid permission being put in issue, this Court is of the considered view that the prayer for bail and relaxation as sought for by the respective petitioners cannot be acceded to and, accordingly, these petitions are liable to be dismissed."

The petitioners were directed to be sent to Trichy Special Refugees Camp in the meantime. Accordingly, the petition was dismissed.