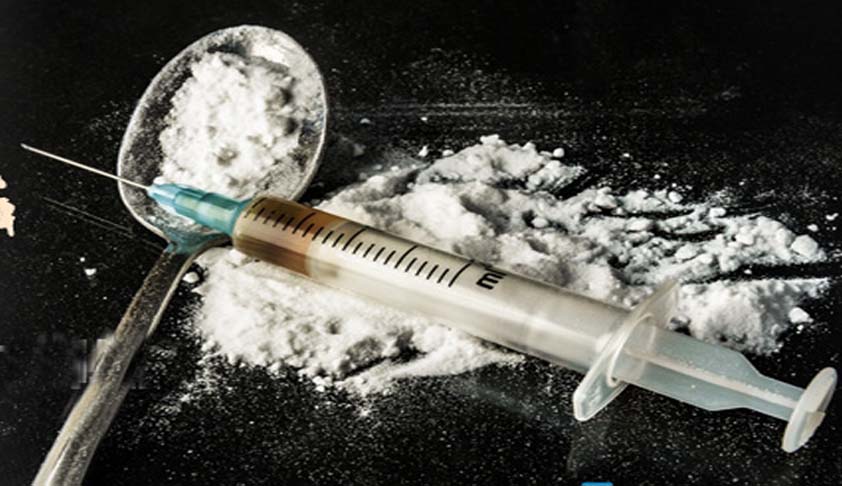 x
suo moto taken up the issue of drug peddling and abuse in the State,
Your free access to Live Law has expired
To read the article, get a premium account.

The Madras High Court has suo moto taken up the issue of drug peddling and abuse in the State, while considering a habeas corpus plea filed on behalf of an alleged "Drug Offender".


The High Court remarked that youngsters, specially students, were increasingly getting addicted, due to easy availability of narcotic drugs and psychotropic substances near their schools, colleges and other public places. Further, such addiction was leading to the commission of heinous crimes, apart from many turning into drug peddlers/offenders.

A Bench of Justices N. Kirubakaran and VM Velumani noted that the root cause of the issue had to be gone into, in order to holistically deal with aspect of drug peddling and abuse.

While observing that detention orders were being passed against youngsters, who had been lured into drug peddling due to sociological and economic conditions, the Madras High Court decided to implead the Ministry of Social Justice and Empowerment, as well as the Narcotics Control Bureau and the Director-General of Police, Tamil Nadu, to delve into the matter.

FACTS OF THE CASE AND WHAT WAS HELD

In the instant matter, the Petitioner's husband, and other accused, had been found in possession of 32 kgs of Ganja, which is a commercial quantity. They were detained as per the Tamil Nadu Prevention of Dangerous Activities of Bootleggers, Drug-offenders, Forest-offenders, Goondas, Immoral Traffic offenders, sand offenders, Slum-grabbers and Video Pirates Act, 1982.

The Court noted that there had been a delay in consideration of the Representation filed on behalf of the detenu, which was sufficient to vitiate the detention order as per a 1980 case of Tara Chand v. State of Rajasthan and Ors.

In that context, the Court stated that authorities must exercise caution and should ensure that representation are considered without delay, especially in the case of "Drug Offenders".

"As stated in the detention order, the seized contraband is capable of spoiling the lives of hundreds of youngsters and adults who start consuming it without knowing the evil consequences and they become vulnerable of committing offences, especially Crime Against Women and Children".

Noting the harmful effects of the drug in question, the Court stated that there was no point in passing a detention order, but that in the future, all stakeholders involved in the process should deal with such representations without delay so as to ensure that no loophole is available for the detenu to take advantage of.

Invoking Mahatma Gandhi's Young India, the Madras High Court noted the evils of alcohol and drugs which have the tendency of injuring both the body and the mind, and their negative bearing on the youth of the country.

"The students are the future citizens of the country and unless they are properly groomed, the future of our nation will not be bright."

The High Court referred to the debilitating situation in the State of Punjab, a transit point of the drug route and a major consumer base, "where the youngsters and students are mostly addicted to drugs" and noted that the same situation must not be replicated or allowed to spread to other States.

In an affidavit filed by the Kerala police in a suo moto writ petition before the Kerala High Court regarding the increase in drug abuse cases and related crimes in the State, it was mentioned that educational institutions had become a hot bed of drug peddlers, with an alarming increase in demand for intoxicating substances among the youth and children in the State.

A 2015 comprehensive study conducted by the All India Institute of Medical Sciences, New Delhi, to estimate the magnitude of drug addiction in Punjab, found that there were more than two lakh addicts in the State.

"It is also reported in the newspapers that there are about 3.6 lakhs registered drug addicts in the State who are on alternate drug therapy and they have to visit the de-addiction centres daily to get the medicine. It is also felt to have an exclusive de-addiction centre for women, as the number of women getting addicted is increasing."

In light of the above, the Madras High Court iterated its duty as the custodian of fundamental rights of the citizens to address the root cause of the problem. Therefore, this Court suo moto took up the issue and impleaded other parties, who have been directed to answer several queries such as the number of cases filed under the Narcotics Act in the past ten years, in the State of Tamil Nadu, and the whole of India. Other queries include discernment of whether India is a "Hub" to smuggle the drug, and if unemployment is the main reason for drug peddling.

The order also poses the query, amongst other queries, about why the Government does not rope in celebrities for the purpose of "campaign against drugs" in order to sensitize the people, especially the youngsters about the evil consequences of drug abuses.