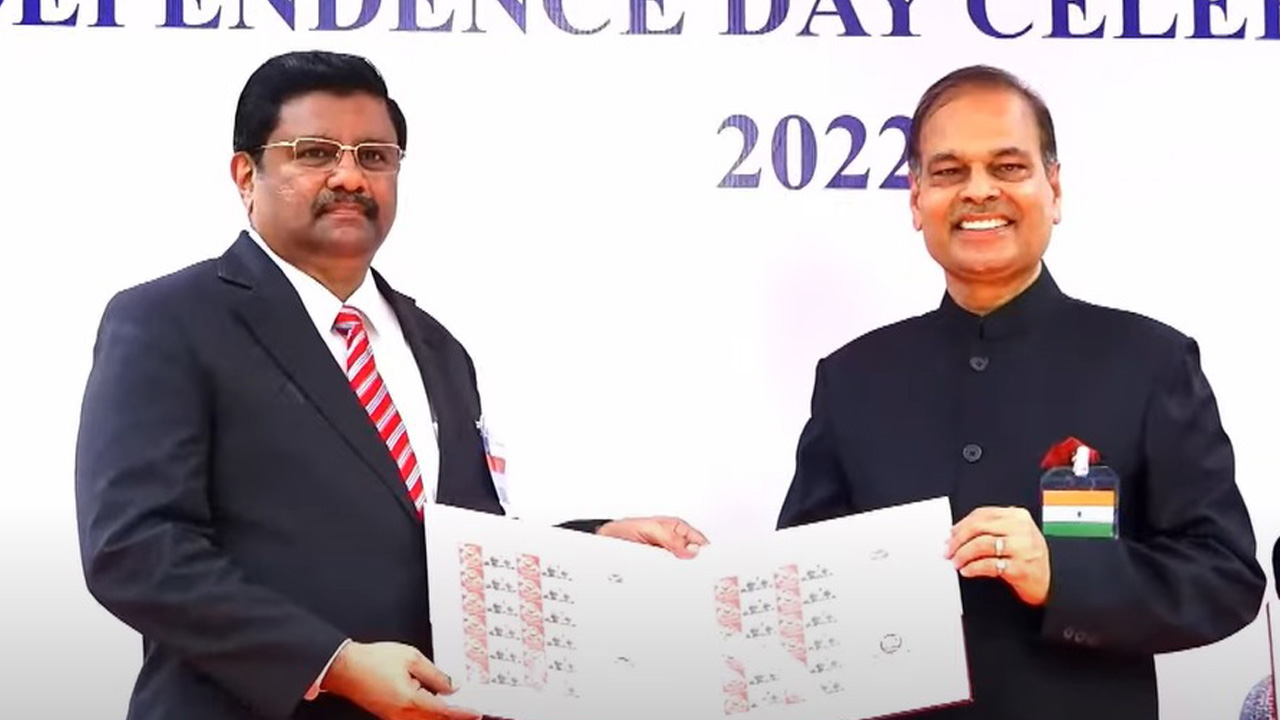 The Madras High Court on Monday, while celebrating the 75th year of Independence, also celebrated 160 years of its existence.

The Madras High Court, said to house the largest number of courtrooms in Asia, was granted a Letters Patent by the Majesty Queen Victoria on 26th June 1862 and formally came into existence on 15th August 1862.

To commemorate 160 years of its establishment, Chief Justice Munishwar Nath Bhandari released a commemorative stamp, "Corporate My Stamp", bearing an image of the High court building and its logo which was received by Justice Duraiswamy.