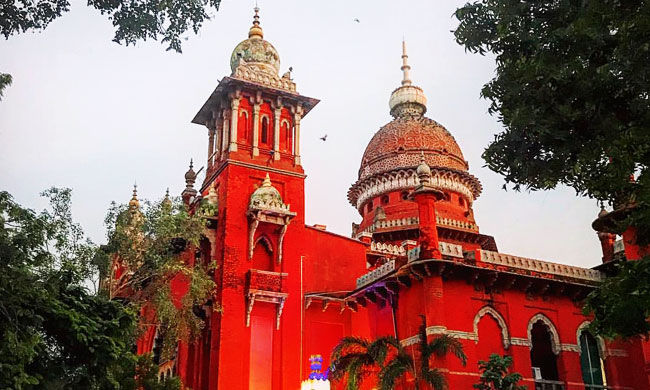 Madras High Court has lamented about the perils of adjourning the cases indefinitely, even when the matter at hand is of such a grave nature that it warrants an expeditious trial. A bench of Justice S.M Subramaniam was hearing a writ petition filed by the widow of social rights activist Raja Mohan Chandra who was murdered in 2012. While observing that adjournments should be granted only...

Madras High Court has lamented about the perils of adjourning the cases indefinitely, even when the matter at hand is of such a grave nature that it warrants an expeditious trial. A bench of Justice S.M Subramaniam was hearing a writ petition filed by the widow of social rights activist Raja Mohan Chandra who was murdered in 2012.

While observing that adjournments should be granted only by recording genuine reasons and not otherwise, the court observed:

Such an approach is not justified, especially considering the agony of people who have been waiting for justice, the court noted. The same must always be a ringing bell in the minds of courts, the court added.

The court has directed the Tiruvannamalai District and Sessions Court to reach an end with regards to the criminal trial within a period of six months.

"Even in case of adjournments on genuine grounds, long adjournments shall not be granted, except on the ground if such adjournments are imminent. Prolonging and protracting the case is the tactics being adopted by certain legal brains. Courts shall not pave way for such ideas of either of the parties", the court observed referring to the dilatory tactics played by the parties.

In the case of social activist's murder, the matter has been pending for over eight years, charges have not been framed by the Sessions Court and adjournments were granted repeatedly. As of now, the matter has been listed for hearing on 10th February, 2022 after it was adjourned on 7th December.

According to the case of prosecution, the activist was brutally assaulted and murdered on 2nd July, 2012 to which the petitioner wife was a witness. Upon a complaint filed by her, FIR was registered at Tiruvannamalai Town Police Station.

Though the writ petition at hand has been filed in 2012 seeking a judicial commission probe into her husband's murder, the respondent police had expeditiously conducted an enquiry and submitted the final report in August 2012.

Out of the ten accused, two have already died and the case has been pending since 2012 before the District & Sessions Court Tiruvannamalai ever since. The copy of the charge sheet has not been served yet on all of the accused though attempts are being made to complete that process soon, submitted the prosecution.

The writ petition before High Court had also sought directions for an investigation into the activities of those who have been exposed by the activist, and compensation that amounts to Rs 1 Crore. Raja Mohan Chandra was attacked and murdered allegedly for his social work.

According to the petitioner wife and prosecution, he had exposed the illegal acts of several police and revenue officers as well as members of the bar and a judicial magistrate. Even though he was an engineering graduate, he took an interest in law and used it for the well being of the voiceless, as a result of which he reaped many powerful enemies, submitted the petitioner.

In its order, the court observed that when the murdered individual is an innocent social activist, the police as well as the courts must show some sensitivity by expeditiously conducting the trial.

"If there is delay in conducting trial in the cases of committing a cruel act of murder in respect of such activist, it will provide encouragement to such miscreants to commit further crimes of this nature. When an innocent person who served for redressing the grievances of the voiceless people is murdered, then the Courts are also bound to conduct trial in a speedy manner to provide justice to the victims", the court added.

The court observed that speedy trial is a right of the victim and application of mind in case of adjournments must be employed by the court. Accordingly, the court noted the following in its order:

"The District and Sessions Court, Thiruvannamalai is directed to advance the date of hearing to any other date in the first week of January 2022 and on that date, the process of serving the charge sheet shall be completed and thereafter, the trial should be commenced without causing any further delay."

More importantly, the court has asked the Sessions Judge to dispose off the case within six months from the date of receipt of order. Unnecessary adjournments must be avoided and adjournments on account of genuine reasons must be clearly recorded, the court concluded.