"Purpose Of Cross-Examination Not To Create Indelible Scars": Madras HC Apologises To Women Litigants For Insensitive Questions By A Lawyer 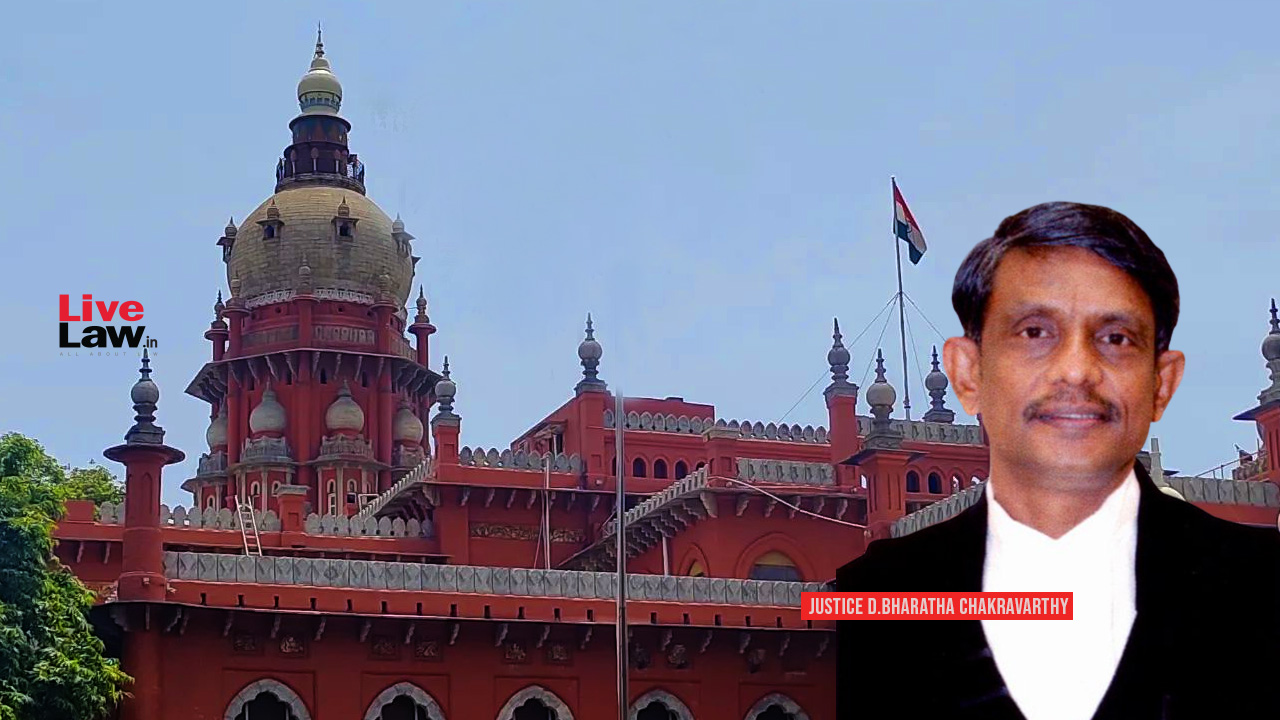 Justice D Bharatha Chakravarthy of the Madras High Court has apologised to four women litigants before it for the insestivity shown to them by a lawyer, by putting humiliating questions to them during cross-examination.

The four women (plaintiffs) were wife and daughters of one VR Mani (deceased) who abandoned them for want of a son and then married defendant no.1 who gave birth to his son, defendant no. 2.

In a property dispute between the two sides, the lawyer appearing for the defendants "very high-handedly" put questions to Mani's first wife, suggesting that she is of loose character and even questioning the paternity of her two daughters. The Court found that the allegations were not backed by any valid material.

Justice Chakravarthy apologized that such an episode took place under the supervision of the Court and assured the three daughters that they are as good as sons.

A learned brother member of the Bar had done so, which also happened under the supervision of the Court. Therefore, on this score also, this Court conveys its apologies to P.W.1 in particular and the plaintiffs in general. The purpose of the cross-examination is not to create indelible scars in the minds of the litigants or to humiliate them. It is time that we are a little more empathetic to the litigants who approach us...On behalf of the society at large, this Court conveys the due apologies to the plaintiffs 2 to 4, the daughters and that they can be rest assured that they are as good as sons for all purposes and that is the purport of the Hindu Succession (Amendment) Act, 2005.

The defendants submitted that there was no conclusive proof that the properties were ancestral in nature. Thus, it should be treated as a self-acquired property which the deceased had settled in favour of the second defendant.

Further, the defendants contended that even assuming that the property was ancestral, the daughters are not entitled to a share, if the property had already been partitioned by a registered partition deed as per the Hindu Succession (Amendment) Act 2005. The defendants even went on to submit that the plaintiffs were not daughters of the late VR Mani

The respondents (original plaintiffs), on the other hand, contended that there was enough oral and documentary evidence to prove that the properties were ancestral in nature. They pointed that though the appellants claim that first plaintiff is the divorced wife, they did not produce any evidence in support of the same. The Transfer certificate of the plaintiffs would show that the late VR Mani was their father. Thus being so, the defendant did not even have a share in the ancestral property as he was not a coparcener and could only claim right in the self acquired properties.

The court agreed with the respondents and was satisfied that the property was a joint family property. The court added that the appellant, who was born out of an illegitimate marriage, could not be elevated to the status of a coparcener and thus, the settlement was void.

The court thus agreed with the findings of the Trial Court. The court however, modified the extent of shares to each parties. The court also gave liberty to the respondents to claim mesne profits subsequently.

Case Title: Leelavathi and another v. Kamala and others