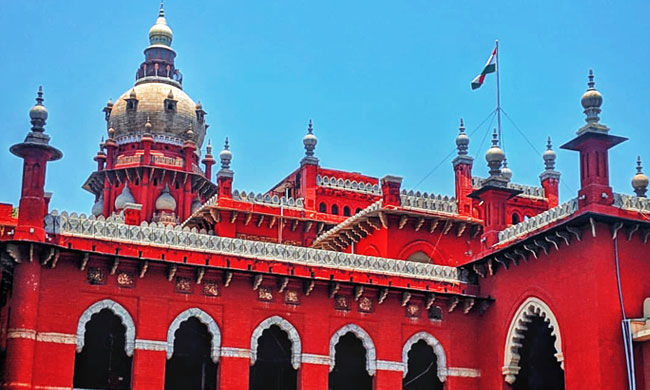 The Madras High Court on Thursday appreciated the Tamil Nadu DGP's efforts in removing the orderly system from the State Police. The court had previously asked the DGP to file an affidavit informing the court about the measures undertaken to prevent the colonial practice of engaging uniformed officers as orderlies in the residence of higher officials.

When the matter came up on Thursday, DGP C. Sylendra Babu informed the court that an undertaking was being obtained from higher officials not to use uniformed officials for doing household and menial work.

He submitted that trained police personnel were deputed on an "Other Duty" basis for performing official work at the residence of the top officers, including IPS. This was because police officials work round the clock and required assistance with respect to certain works.

He submitted that normally 10 police personnel were required to attend to the office work. He also agreed that there were certain police officials using excess police personnel. He also informed that most of these excess personnel were withdrawn and sent to regular police work. It was also informed that only essential orderlies were continuing in service till alternative arrangements were made.

Justice SM Subramaniam observed that though it was true that everyone needed a helper, taxpayer money was being wasted in engaging these orderlies. The court noted that the majority of the orderlies did not complain about the system as they were happy to be associated with higher officials and enjoyed the benefits. The court also noted that only a few officers did not engage orderlies due to their own good will. The court thus emphasized that officers should be engaged only in police work.

The DGP also informed the court that a drive is being conducted to remove black sun films and official stickers/boards from private vehicles.

The matter has been posted to 23rd August for passing final orders.