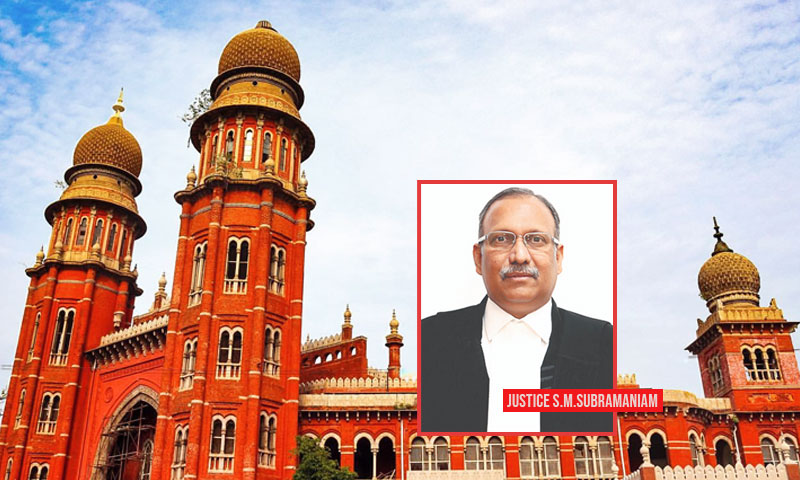 While dealing with a petition seeking conversion of some Police Officers from Armed Reserve to Law and Order, the Madras High Court observed that suitability and eligibility, etc had to be assessed by the concerned departments and High Courts could not interfere in such matters. Interference was only possible when there was an irregularity in appointments. Justice...

While dealing with a petition seeking conversion of some Police Officers from Armed Reserve to Law and Order, the Madras High Court observed that suitability and eligibility, etc had to be assessed by the concerned departments and High Courts could not interfere in such matters. Interference was only possible when there was an irregularity in appointments.

Justice SM Subramaniam observed as under,

Thus, the assessment of suitability and eligibility are the prerogative of the Competent Authorities, which cannot be interfered with by the High Court, while exercising the powers of judicial review under Article 226 of the Constitution of India. Such an interference may be required, if the power is exercised in an unfair manner or the assessment is tainted with mala fides or Favouritism and Nepotism.

The petitioners who were recruited as Sub-Inspectors of Police had approached the court contenting that they were entitled for conversion from Armed Reserve to Law and Order category as per Government Policy. They submitted that the cases of similarly placed officers was positively considered by the respondents but that of the petitioners was not considered on the ground that they had crossed 40 years of age and suffered certain punishments in departmental disciplinary proceedings.

Drawing attention to the Government Order, the respondents objected to the prayer and submitted that the Government Order contains certain terms and conditions for such conversion. If these terms and conditions were not complied with, the cases would not be considered for conversion. As per these conditions, the person must be a graduate, should not have completed the age of 40 years, should have put in five years of service as Sub-Inspector, and should have an unblemished record of service, eligibility, selection, training, internal assessment, etc. The respondent thus submitted that the petitioners had completed 40 years of age and had suffered punishments under departmental disciplinary proceedings.

Though the petitioners contended that in a similar instance, the division bench of the court had granted conversion to officers facing criminal charges, the respondents submitted that the facts and circumstances, in that case, were different. In the case referred by the petitioners, disciplinary proceedings were deferred and there was no suspension.

After hearing both the sides, the court opined that while allowing conversion, the competent authorities had to follow the eligibility criteria to ensure that only able persons are posted to the Law and Order category.

While undertaking the process of conversion, the Competent Authorities are bound to follow the eligibility criteria, so as to ensure that women and men of ability are posted in Law and Order category. The assessment of suitability and eligibility must be made in accordance with the guidelines issued by the Government in this regard and such an assessment made in accordance with the guidelines by the Competent Authority cannot be interfered with by the High Court in a routine manner.

The court emphasized that the authorities were the best persons to assess the eligibility of the personnel. Since the personnel posted in the Law and order category had more responsibility and accountability, the government thought it fit to prescribe certain additional criterias. Further, conversion could not be claimed as a matter of right. Even if the conversion was granted to certain personnel violating the guidelines, illegality could not be a ground to claim equality.

It also cautioned that any "misplaced sympathy" towards any police personnel in the matter of conversion by any higher authority is directly in violation of the Constitutional provisions.

Finally, finding that the reliefs could not be granted in the present case, the writ petitions were dismissed.

While parting, the bench called for effective measures for "prevention" of crimes. It observed,