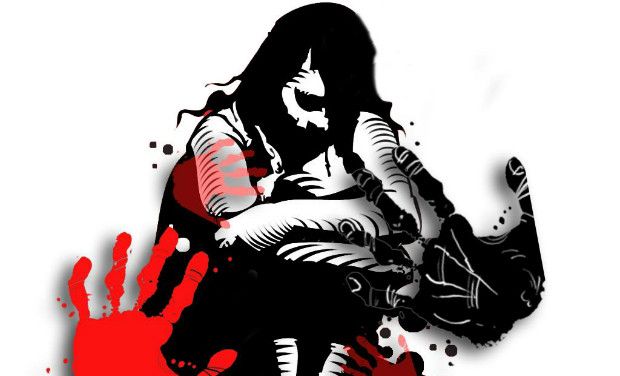 The Madras High Court on Wednesday affirmed the orders of a lower court convicting and sentencing an auto-rickshaw driver to seven years of rigorous imprisonment for abducting and sexually molesting a visually challenged woman. Opining on the probative value of the testimony of the victim, Justice RMT Teekaa Raman remarked,"Law does not distinguish the evidence of able-bodied person with...

The Madras High Court on Wednesday affirmed the orders of a lower court convicting and sentencing an auto-rickshaw driver to seven years of rigorous imprisonment for abducting and sexually molesting a visually challenged woman.

Opining on the probative value of the testimony of the victim, Justice RMT Teekaa Raman remarked,

"Law does not distinguish the evidence of able-bodied person with that of the disabled [differently enabled]. Merely because of the factum of disability, her evidence cannot be treated as inferior in nature to that of able-bodied person. To do so, could be negation to the constitution principle of right of equality."

"P.W.1 as a blind lacks vision, but her version had vision and hence, this Court holds that the evidence of P.W.1 is admissible in evidence."

The victim is a visually challenged lady who had come to Villivakkam, Tamil Nadu to learn English Music at an institution. On March 21, 2020 the petitioner instead of driving the victim to the concerned music institute, had taken her to a desolate place and proceeded to sexually molest her. When the victim started yelling and raising alarm, the petitioner threatened her by stating that he would kill her if she did not co-operate.

Accordingly, the petitioner-accused was convicted for commission of offence under Section 366 (Abduction) of the Indian Penal Code (IPC) and sentenced to undergo 7 years of rigorous imprisonment by the Mahila Court, Chennai. Further, the lower court also convicted the petitioner under Section 354 (intent to outrage the modesty of a woman) and Section 506 (ii) (criminal intimidation) of IPC and sentenced him to undergo 4 years of rigorous imprisonment. The aforementioned sentences of imprisonment were ordered to run concurrently.

The counsel for the petitioner had submitted that the identity of the accused had not been proven in accordance with law. This is because in the instant case the victim is a visually challenged woman and as such her evidence cannot be termed as 'eye witness' testimony. Thus the victim being a 'hearsay witness', her testimony is inadmissible in law.

Rejecting such a contention, the Court opined that the sexual assault on the victim's body by the accused cannot be rejected merely because she is a visually challenged person.

"In the case on hand, P.W.1's blindness meant that she had no visual contact with the world. Her primary mode of identifying those around her, therefore, it is by the sound of their voice and so P.W.1's testimony is entitled to equal weight as that of a prosecutrix who could have been able to visually identify the appellant", the Court stated.

The observation is in line with the Supreme Court's ruling in Patan Jamal Vali v. State of Andhra Pradesh where a Division Bench had issued guidelines to make criminal justice system more disabled-friendly. It had observed that testimony of a prosecutrix with a disability, or of a disabled witness for that matter, cannot be considered weak or inferior, only because such an individual interacts with the world in a different manner, vis-à-vis their able-bodied counterparts.

In the instant case, the High Court observed that other eye witnesses had also testified seeing the petitioner with the victim at the scene of the crime. Accordingly, the Court ruled

"The evidence of P.W.3, P.W.5, P.W.7 and P.W.8, who are all neighbours living at the end of the road are independent witnesses, who have no personal enmity or previous acquaintance with the accused and they have no grudge to grind against the accused for falsely implicating the accused in this case."

Since the petitioner had been in judicial custody since the date of conviction, the counsel for the petitioner pleaded before the Court to reduce his sentence taking into consideration the period of incarceration already underwent by the accused.

Rejecting such a plea the Court opined,

"Taking into consideration the act of the accused on the body of victim girl, this Court finds that the appellant auto man/accused appears to be a "heartless person" having captalized the situation on the helplessness of visually challenged person and successfully committed the act of sexual assault on her body and hence, this Court finds that considering the position of P.W.1 and the act of the accused, this Court finds that the accused is not entitled for reduction of the sentence, not even for a single day and the sexual assault on the woman are on the raise, while the victim girl is a visually challenged person and hence, the sentence awarded by the learned Sessions Judge for the proved charges are appears to be just and reasonable and the same cannot be termed as excessive."

Accordingly, the Court confirmed the conviction and sentence imposed by the Mahila Court. The Member Secretary, Tamil Nadu State Legal Services Authority was also directed to grant compensation to the tune of Rs.1,00,000/- [Rupees one lakh only] to the victim in accordance with the Tamil Nadu Victim Compensation Scheme.