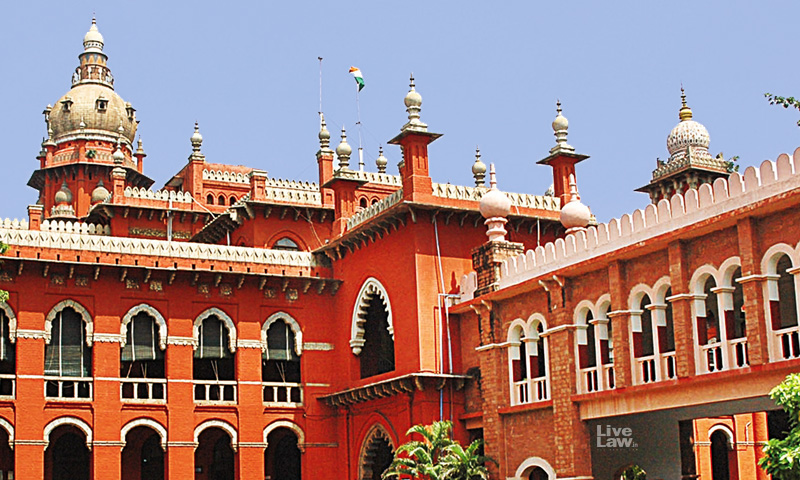 The Madras High Court on Wednesday dismissed a writ petition filed by political party Dravida Munnetara Kazhagam (DMK) against Section 60(c) of the Representation of Peoples Act which permits issue of postal ballot to electors above the age of 80 years, electors with physical disability, electors in quarantine due to COVID-19 and electors rendering essential services. A Division...

The Madras High Court on Wednesday dismissed a writ petition filed by political party Dravida Munnetara Kazhagam (DMK) against Section 60(c) of the Representation of Peoples Act which permits issue of postal ballot to electors above the age of 80 years, electors with physical disability, electors in quarantine due to COVID-19 and electors rendering essential services.

"if the process is made inclusive without compromising on either the secrecy of the ballot or the fairness in the conduct of elections, it would be a greater cause to celebrate and compliment the conducting body"

The Bench rejected the contention that the Election Commission has no jurisdiction to issue guidelines in light of the "plenary authority" conferred on the Commission by Article 324 of the Constitution.

In this regard it referred to the Supreme Court's observations in A.C.Jose, recognising the authority of the Election Commission to pass any orders in respect of the conduct of elections when there is no parliamentary legislation or rule made under the said legislation.

At the outset, the Court remarked that the nature of attack on the validity of Section 60(c) of the Act falls way short of the exalted tests that a person questioning the propriety of a statutory provision must meet.

The Bench noted that DMK had failed to establish that the provision is in derogation of any constitutional provision or principle or even against the grain of the statute which has made room for it.

"There is no credible suggestion that the impugned provision falls foul of Article 14 of the Constitution in any manner or form," the Bench added.

No question of Excessive delegation

Rejecting this argument, the Bench observed that the authority of EC has to be seen to be plenary, in the sense that within its domain the Election Commission has primacy and the Parliament can only enact such laws as would aid in its functioning as envisaged in the Constitution.

"the delegation in the present case is not as is usually found in a statute where the legislature empowers the executive or a branch of the executive to devise measures to implement the purpose of the statute. The discussion here pertains to a high constitutional authority as the Election Commission and the venerable position conferred to such Commission by the constitutional provisions in Part XV of the suprema lex."

"The expressions "superintendence, direction and control" as used in Article 324 of the Constitution are of the widest amplitude and the fullest latitude has to be seen to be granted thereby to the Commission in the matter of conducting such of the elections as have been entrusted to it.

Creation of sub-classes not excessive delegation

The party had argued that the Election Commission has brought a new and surprising class of voters called "absentee voters" who are not of class themselves.

It was submitted that the term persons employed in essential services is very vague and no definition is given in the Act and/or the Rules. Further, when the lower age limit of a senior citizen is 65 years, the Election Commission has no business to create a new sub-class of persons above 80 years of age.

The party had also raised issues with respect to the third category of persons with disability inasmuch as the authority has not prescribed the "extent of disability". Lastly, it objected to the fourth category, i.e. persons affected/ suspected of Covid-19 as being "too vague as date of acquiring disease or affected is not said in the rules."

The Court has rejected these arguments with the following observations:

"The clear words of Section 60(c) of the Act of 1951 permit any person to be chosen by the Election Commission from a class of persons indicated in the Rules to be conferred the privilege of voting by postal ballot as long as the choice is preceded by a consultation with the Central Government and followed by a notification in such regard being published.

If the statute confers the right to indicate classes of persons to the executive and the executive allows the Election Commission to choose sub-classes in consultation with the executive, no case of excessive delegation is made out. At any rate, such a choice cannot be seen to be arbitrary as the logistics may not permit the full complement of the class to be immediately accommodated."

The Bench also found that such sub-classes were formed and duly notified in the Official Gazette, upon consultation with the Central Government. Moreover, the Election Commission sought the views of the State, but the State refrained from giving any.

Another argument raised by the Petitioner was with respect to an amendment proposed to be made to the Act in the year 1999. The said Amendment Act pertained to persons who had moved from one State to another and were no longer ordinary residents of the State of origin.

It was argued that the words used in Section 60(c) of the Act have now been twisted out of context to imply much more than what the 1999 amendment intended.

Rejecting this submission, the Bench ruled that in the year 2021, it matters little as to what may have impelled the 1999 Bill, as long as the ordinary meaning of the words permit the measures now taken. It observed,

"The historical basis for the introduction of a statutory provision has no impact in its subsequent implementation and interpretation as long as the subsequent interpretation does not militate with the language of the provision the purpose of the statute and the object that the impugned measures seek to achieve."

"There does not seem to be any arbitrariness in the classification of the persons permitted by the Rules of 1961 to cast their vote by postal ballot. The consideration appears to have been as to who may not be able to physically attend a polling booth to cast her vote. If such is the consideration, there is no arbitrariness in the classes of persons enumerated by the amendments of 2019 and 2020, particularly, as the object appears to be to afford such classes of persons their basic right to participate in the democratic process."

No violation of free and fair elections

The Petitioner had lamented that the secrecy in casting a vote, which is the fulfillment of the right to choose by an ordinary citizen, is seriously compromised in the voting process designed by the Election Commission for absentee voters. It submitted,

"in the usual polling at an election booth, the election agents of all political parties would be present and there would be a secluded place where a citizen would cast her vote in complete peace and privacy and not be required to indicate the choice she made to any other. This fundamental premise will be lost in the methodology devised by the Election Commission."

The Bench rejected this argument based on a submission made by the Centre that postal ballot can no longer be regarded as that ballot which would be entrusted by the Election Commission to the Department of Posts to be delivered to a voter, for such voter to indicate his choice of candidate therein and return the postal ballot in identical mode to the Election Commission via the Department of Posts.

Antecedents of the petitioning party

In its order, though the Bench found that the challenge to the vires of Section 60(c) of the Act of 1951 was not made on firm grounds, it remarked that the overall challenge in the petition cannot be brushed aside since it has been brought by a party that has played a considerable role in nurturing and guiding this preeminent State.

"The petitioning party must be seen to be aware of the psyche of the voter, the difficulties that the Election Commission may face in implementing the manner of voting through postal ballot, as indicated in the impugned guidelines, and the endeavour here has to be respected as an attempt to ensure a free and fair election, where the secrecy of exercising the right of franchise is not compromised by the complications in the manner of exercise of such right by postal ballot."

It was further observed,

"The petitioner appears to be concerned that the implementation of the new sets of guidelines may not be in tune with the geography of the State or its climate. The petitioner must be seen to be sufficiently aware of the local logistics for its concerns to be addressed with the degree of seriousness that they deserve."

The Bench then proceeded to observe that the only area which is of some concern in the instant matter is the manner in which some personnel from certain areas have been notified as belonging to the essential services without several others being included.

"If there is any criticism which the Commission deserves in the present context, it may be in its constricted approach in covering the entire gamut of essential services. There are many who go about their normal duties, whether on an election day or a holiday, so that the rest of the population can exercise their rights or enjoy their freedom. Such people also serve who only stand and wait, and it may do well for the Election Commission to include the larger section of personnel involved in essential services to allow them the right to vote when they are away from their constituencies in discharge of their duties as part of the essential services," it observed.

"To be fair to the Commission, it could not elicit any views from the State Government despite invitation. The submission of the Commission in such regard is that it considered all those who applied to it to be regarded as part of the essential services."