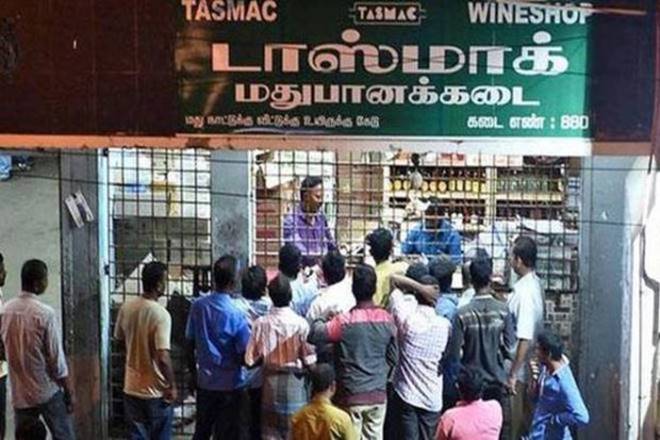 The Madras High Court recently upheld the decision to close a TASMAC shop after considering that the proposed area had a College, a De-addiction Centre, and temples in the vicinity.

Justice Nirmal Kumar agreed with an earlier order with respect to the same premises which held that the distance rule cannot be the only criteria for allowing a TASMAC shop to function near a college.

In the present case, the TASMAC shop was situated within 200 meters of the College as against the prohibited distance of 100 meters contemplated under Rule 8 of the Tamil Nadu Liquor Retail Vending (In shops and Bars) Rules, 2003. The court, however, decided not to interfere with the decision of closure.

The Petitioner said that she was first granted permission for opening of shop in light of which carried out constructions, however, later she was informed due to some objections, the shop cannot function in her property.

The District Manager of TASMAC informed that the decision to temporarily close the shop was taken after considering the objections of the public and to avoid law and order problems. The attention of the court was drawn to an earlier order of the court passed in 2019 with respect to the same premises, where it was held that the owner of the premises has no right to question the closure of the TASMAC shop or shifting of the TASMAC shop to any other locality and as against the grievance of the public, the personal interest of the owner of the building cannot have any preference.

The principal of the nearby College, the sixth respondent herein, contended that the Petitioner had not approached the court with clean hands. He informed the court that in 2019, there was an attempt to shift the TASMAC shop to the area near the college and the de-addiction center. A PIL challenging the same was allowed by the court. This decision was also upheld by the division bench which held that the Distance Rule cannot be a criterion for allowing a TASMAC shop to run near a college. The court further prohibited TASMAC from establishing a shop on the present premises.

The principal also informed that the building that the petitioner claimed to have constructed recently was actually constructed in 2019 itself which can be confirmed through the documents. The petitioner had fraudulently manipulated the court records to suit her convenience.

The court perused the earlier order where the court had specifically directed the TASMAC MD not to grant a license to open a shop in the area. The court had noted that the location where the shop was proposed to be shifted was within 200 meters of the College. The area also had temples where a number of devotees would gather during the festival season. Thus, considering the proposed area and its surrounding facilities, particularly the De-addiction center, the court had issued such directions.

The court noted that the location which was found objectionable in 2019 cannot have a turnaround now.

If the shop is shifted, the entire peace and tranquility in the area would get affected, further it would be in clear violation of the order earlier passed by this Court. The demography of the property has not changed, the shop which was found located in an objectionable area during 2019 cannot have a turn around now.

The court opined that the recommendation permitting the opening of the shop was unknowingly granted as this earlier order was not brought to the notice of the authorities. When the same was brought to their notice, they ordered for permanent closure of the shop in the petitioner's plot and land.

Thus, the court was not inclined to entertain the writ petition and dismissed the same.

Case Title: Jayalakshmi v. The Managing Director (TASMAC) and others

Counsel for the Petitioner: Mr.B.Arun